Despite Björgen's super tests - "Not realistic to win the Vasaloppet"

This weekend, length legend Marit Björgen beat the current star Therese Johaug in two of three fitness tests. But despite the fine form, her own team manager does not think she will win the Vasaloppet in March. - It is not realistic that she will win, says Team Ragde Eiendom's team manager Magnar Dalen to SVT Sport. 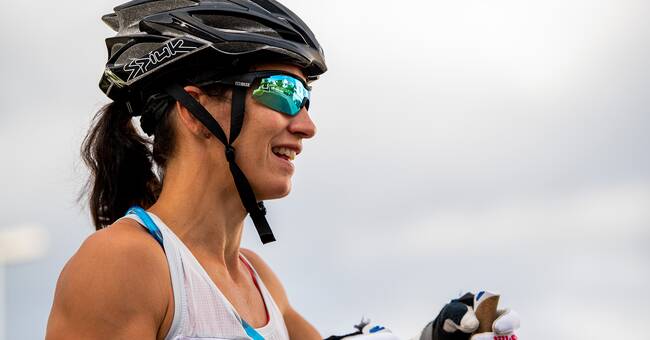 Björgen is aiming for the Vasaloppet, while Johaug is of course mainly aiming for the WC and possibly running some long distance races at the end of the season.

Classic Marcialonga at the end of January has been mentioned as a recharge before the Vasaloppet for Björgen, but that does not seem to be the case.

She stays at home and trains at home.

- She is first and foremost a mother with two small children and takes care of them.

When they sleep and rest, she trains a little, says Dalen.

For Johaug's part, it is the long races that are planned after the World Cup season that are relevant, but no start has been nailed.

Thus, Björgen is not allowed to meet her in the Vasaloppet.

- No, not this year anyway.

If it can be further ahead is just speculation, says Dalen.

"The tests are a bit misleading"

On Sunday, the news came out that Björgen beat Johaug in two of three fitness tests.

- These are relevant tests in a way, at the same time as it is difficult to know how to evaluate them.

When she meets the best in the national team in uphill running, it is only Didrik Tönseth and maybe someone else who beats her, but still she is two minutes behind the fastest women in the world in 10,000 meters.

But if those women were to try to go 10 kilometers cross-country skiing towards Johaug, they would be 10-15 minutes behind her, he says and continues:

- Then you should say that the stacking machine is a fairly technical exercise.

When you learn it, you perform much better.

Johaug does not use it that much, but Björgen has started to do that.

So it's a little misleading there.

Team manager Magnar Dalen does not think Marit Björgen can win the Vasaloppet, which in the last four years has been won by Britta Johansson Norgren and Lina Korsgren.

- I think those who have been doing this for many years have an advantage.

What you have trained for many years, you become good at.

Some have the talent to perform over a very long period of time in a competition, but others do not.

Björgen has not competed in these distances, so we do not know and she does not know either.

- It will be exciting, but it is not realistic that she will win.

Everyone in the length world must be very happy that she takes the challenge and shows up.

For all girls who bet on long distance running, this is like getting Michael Schumacher on a folk race track.