Champions League: defeated by Manchester City, OM will not be transferred to the Europa League

Marseille lost on Wednesday at Manchester City. A 3-0 defeat which deprives the Marseille club of a draft in the Europa League. In Group D, Atalanta Bergamo beat Ajax Amsterdam… 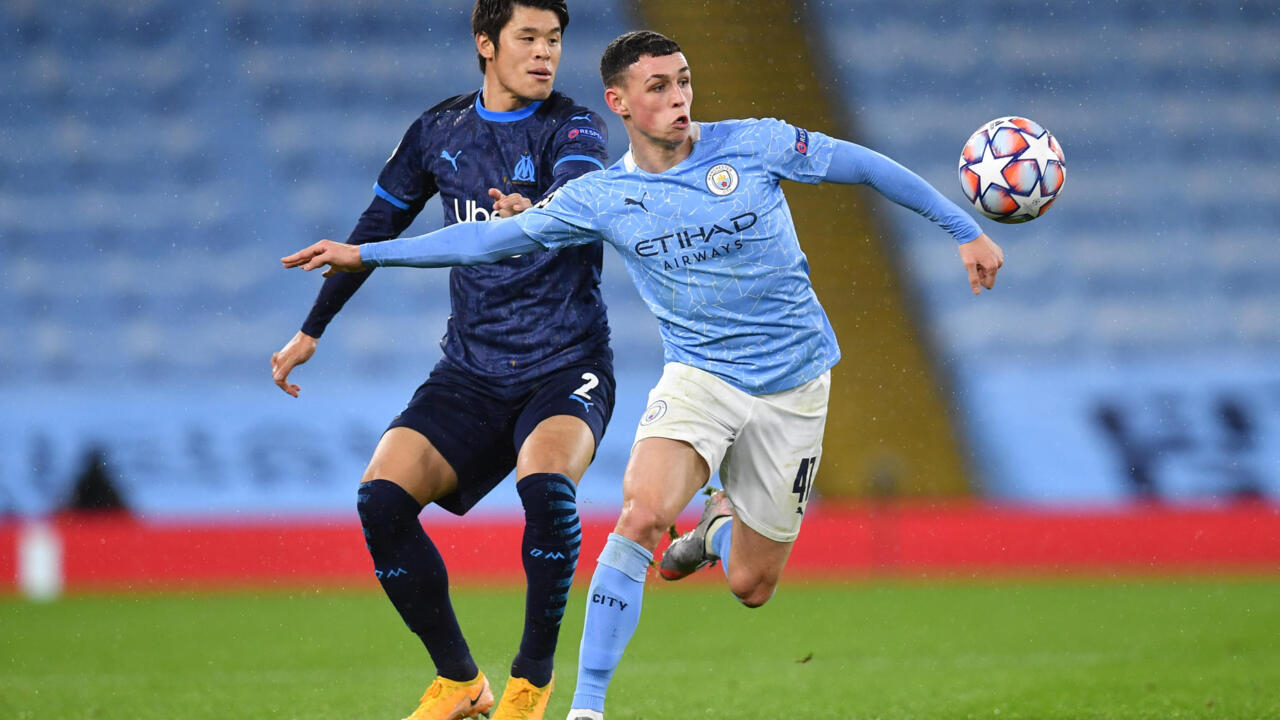 No Europa League for OM.

Marseille can harbor regrets after their defeat Wednesday, December 9 against Manchester City.

It deprives the club of a third place synonymous with repayment in the Europa League.

This fails at Olympiakos, yet defeated 2-0 on their lawn by Porto.

Inter Milan, held in check by Donetsk, are also eliminated.

OM will never have possession in their match against Manchester City.

However, the Citizens remain harmless against the defensive organization of the Phocéens and regularly come up against an excellent Steve Mandanda.

Against the course of the game, Dimitri Payet, served by Sanson, thinks of opening the scoring with a strike with the flat of the right foot.

But the Marseillais is logically signaled offside (30th).

Logically, it is OM who are showing themselves to be the most dangerous at the end of half-time.

Germain (41st), then Sanson (42nd), successively try their luck against a feverish Mancunian defense at the end of the first period.

The return of the locker room, however, will shower the hopes of Marseille with a Christmas miracle.

Shifted to the right, Mahrez hits and then goes into the area.

Sterling - or is it a home goal from Alvaro?

Defeated on a severe score, the Marseillais can feed regrets.

A single goal would have allowed them to be drafted in the Europa League, given that Porto went to win in Piraeus against Olympiakos in the other group C game. OM just need to focus on the championship, as his trainer André Villas-Boas wanted.

• Group A: Atlético Madrid in the round of 16, Salzburg in the Europa League

Atlético Madrid qualified for the knockout stages of the Champions League thanks to their 2-0 victory over Red Bull Salzburg in Austria.

Thanks to this success, sealed by goals from Mario Hermoso and Yannick Ferreira-Carrasco, Diego Simone's men finished in second place in Group A behind Bayern Munich.

The Madrilenians will therefore find the eighth, them who had been eliminated in the quarter-finals of the "Final 8" of the last Champions League in August.

Third in the group, Salzburg will be transferred to the Europa League.

In the other meeting of the group, which was without accounting stake, Bayern Munich (1st) defeated Lokomotiv Moscow, last of the group, 2-0 on goals from Niklas Süle (63rd) and former Parisian Eric- Maxim Choupo-Moting (80th)

Zinedine Zidane's Real Madrid advanced to the knockout stages of the Champions League with a clear 2-0 victory over Borussia Mönchengladbach on Wednesday in Madrid in Matchday 6.

Karim Benzéma, author of a double from the head (9th and 32nd) allows the Madrilenians to finish first in group B in front of Borussia Monchengladbach, also qualified for the knockout phase of the Champions League.

Inter Milan, for their part, were held in check on their own lawn by Shaktar Donetsk (0-0).

This draw, after a tense match, does not do the business of Shakthar Donetsk, also eliminated from the C1.

But the Ukrainians will be able to console themselves in the Europa League, while the European season of Inter Milan, good last, stops this December.

• Group D: Atalanta qualifies at the expense of Ajax Amsterdam

Liverpool, already qualified and assured of first place in Group D at the end of this 6th and final day, struggled to save the furniture Wednesday against Midtjylland, a Danish little thumb already eliminated, in a meeting punctuated by recourse to the video arbitration.

In this seemingly unbalanced poster, the Danish champions went to grab a second point after a draw snatched in Bergamo last week.

With 13 points, Liverpool are two points ahead of the Italians who won in Amsterdam 1-0 over Ajax who finished third in the group and will have to console themselves with the Europa League.