William Poromaa is triggered by the challenge

William Poromaa has started the season convincingly and has obviously taken big steps this season. The 19-year-old is seen as the one who will fill the gap on the men's side. It is a challenge he is happy to take on. - I think I get tagged by it, to feel that you can make a difference in what the situation looks like on the men's side, says William Poromaa to SVT Sport. 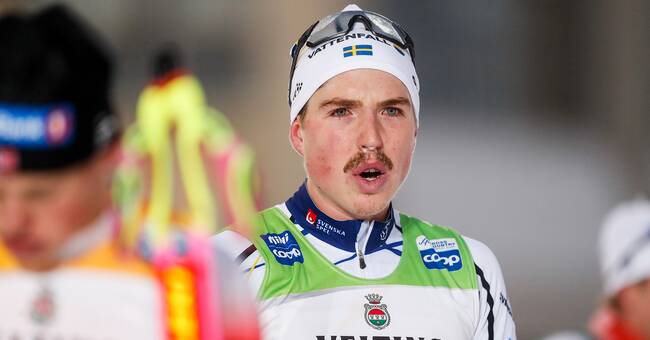 The Swedish cross-country national team has canceled the next two VC competitions in Davos and Dresden, but at the start of the season we have seen William Poromaa's breakthrough.

After a victory in the Swedish premiere in Bruksvallarna, he became the best Swede in the mini tour in Finnish Ruka in the World Cup premiere.

That he has taken great strides this year, he himself has felt for a long time.

- We skied a lot in our selves, Jens and Frida.

And I think I brought that with me into the summer and autumn, so when we started the camps I felt that I had a different level than I had before, says William Poromaa.

Tribute by the girlfriend

- I'm not surprised, he has been so strong all summer and autumn.

He has that little extra, says cohabitant and world star Frida Karlsson.

There are now many who hope that William is the one who will fill the gap in Swedish men's skiing and it is a challenge he is happy to take on.

- It has felt a bit like that all summer, I think it's a bit of small talk like that.

I just try to relax and do the job, then I think I get tagged by it, to feel that you can make a difference in how the situation looks on the men's side, says William Poromaa.

See the full report with William Poromaa in the player below