The PSG press service issued a statement that the match of the sixth round of the UEFA Champions League group stage against Istanbul Bashakshehir was interrupted due to a racist incident. 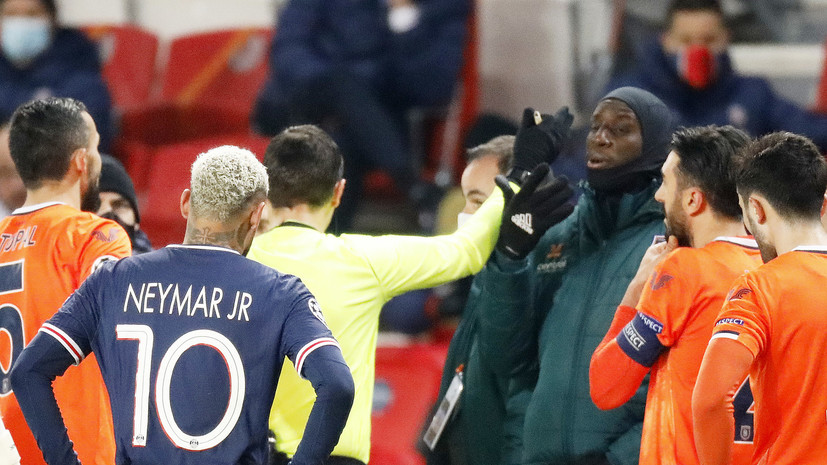 “Any form of racism is contrary to the values ​​of PSG, its president, staff and football players.

For more than 15 years, the club has led the fight against all forms of discrimination.

PSG is today one of the most committed to combating all forms of violence and discrimination, ”reads a statement posted on PSG's official website.

In the match against Istanbul, the reserve referee of the meeting Sebastian Koltsescu allegedly called the assistant head coach of the Turkish team Pierre Vebo “black”.

Webo himself and Istanbul striker Demba Ba did not like this.

As a result of the incident, the players refused to return to the field.

The match itself will be played out today, December 9, starting at 20:55 Moscow time.

Earlier, a video of the conflict between the player of “Istanbul” and the referee in the Champions League match was published.