It took two minutes. Then Vilde Böe Risa pushed in 1-0 to Gothenburg against Manchester City in the Champions League. 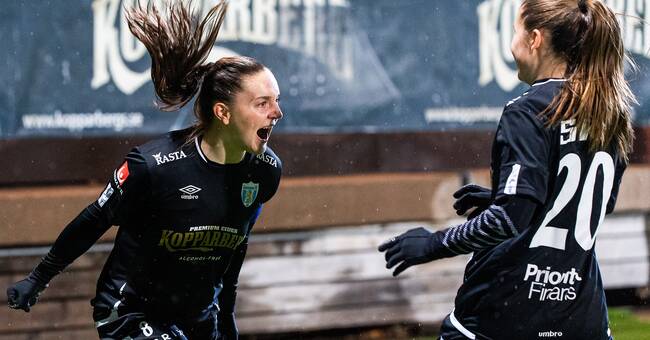 Manchester City is the favorite in the double meeting with Gothenburg in the Champions League's round of 16.

But the Swedes got off to a dream start.

Vilde Böe Risa, who extended his contract by one day to be able to play both matches, arranged 1-0 to Gothenburg.

She stayed in front and cut on an input from the left edge.

A few minutes before half time, Manchester City equalized.