League of Nations: France-Belgium revenge in the semi-final

Three years after the ascendancy taken by the Blues at the 2018 World Cup, the world champions will find Belgium in October 2021 in the semifinals of the League of Nations. The other shock will oppose Italy ... 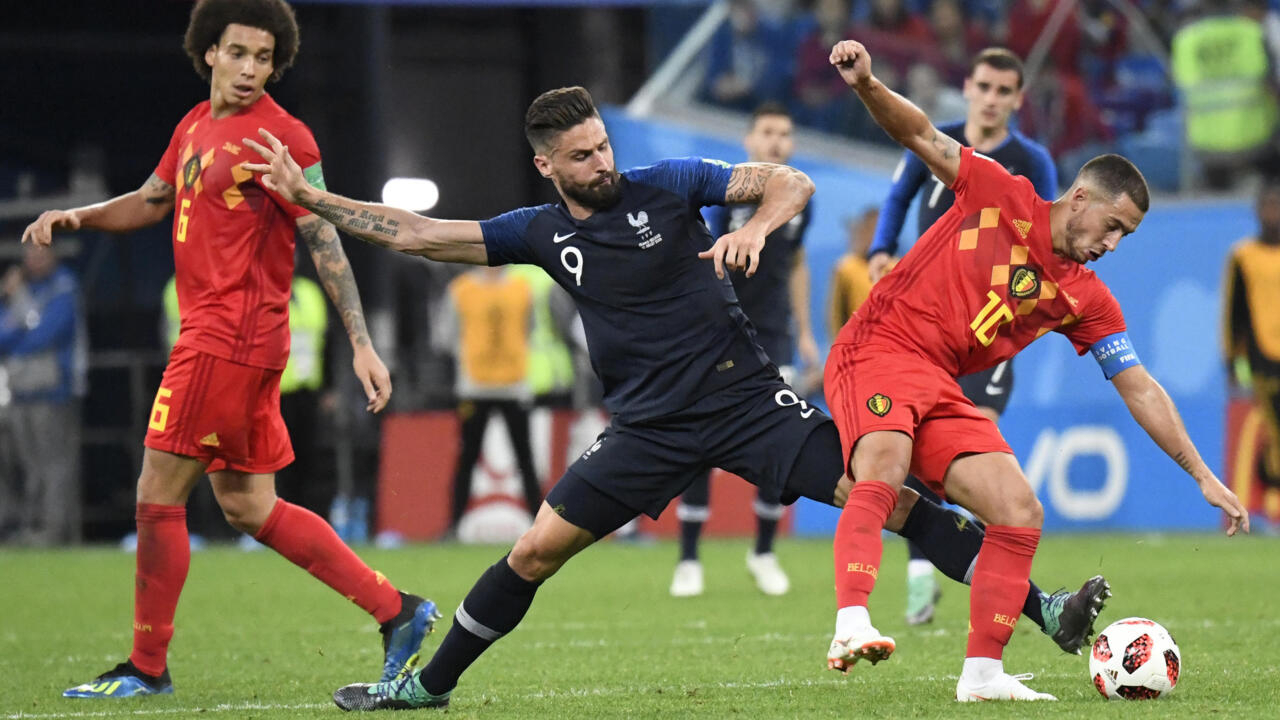 The French team, world champions, will find Belgium in the semifinals of the League of Nations during a mini-tournament organized in October 2021 in Italy, while the Italian selection and Spain will face each other in the 'another semi-final.

Final 4 of the Nations League 2020/2021: Belgium - France in the semi-final 👊 #FiersdetreBleus pic.twitter.com/eshhaeS7Fw

By virtue of a draw organized on Thursday 3 December at the UEFA headquarters in Nyon, Switzerland, the Blues will again face the Belgians, whom they had eliminated in the semi-finals of the 2018 World Cup (1 -0), a match remained on the stomach of the "Red Devils" who felt they had offered more play than the French.

At the end of the meeting, the Belgian goalkeeper Thibaut Courtois, frustrated, had criticized the France of Didier Deschamps, guilty in his eyes of having "played nothing, played to defend with eleven players".

"On our side, there is no spirit of revenge, but on their side perhaps," responded the French coach to the announcement of this new meeting between the two neighbors.

The latter also complimented Belgium, number one in the Fifa ranking just ahead of the Blues.

"It is always with pleasure, and these are meetings that we are used to having. The France team very often meets (...) this Belgian team, but it will be another context, with another goal, but with the certainty on our side of meeting a very, very good team ".

In echo, his Belgian counterpart Roberto Martinez also defused the situation, affirming that it "will not be question of revenge for us, I do not like this term besides".

At the end of the draw for the semi-finals of the UEFA Nations League, Didier Deschamps gave his feelings on Belgium #FiersdetreBleus pic.twitter.com/sG1f1iNVMM

Qualified at the end of the Nations League group stage, France, Belgium, Italy and Spain will be decided from October 6 to 10, 2021 in Milan and Turin, with semi-finals, small final and final to determine the successor of Portugal, the first winner of this trophy in 2019.

Scheduled three months after the Euro scheduled for the summer of 2021 (June 11-July 11), this Belgium-France, which will take place on October 7 in Turin, should oppose the same headliners as in Saint Petersburg: Romelu Lukaku, Kevin De Bruyne and Eden Hazard on the Belgian side, Hugo Lloris, Kylian Mbappé and Antoine Griezmann on the French side.