Good evening and welcome to this live blog! Here I, Robbert van der Linde, will keep you informed of tonight's Eredivisie matches. LIVE PEC Zwolle-FC Utrecht 1-1 Results Willem II-VVV 2-1 FC Groningen-Vitesse 1-1 PEC Zwolle-FC Utrecht 2 minutes ago 84 ' PEC red card withdrawn! Referee Makkelie is asked by his VAR to view the images of the duel between Lam and Dalmau again. After examining the 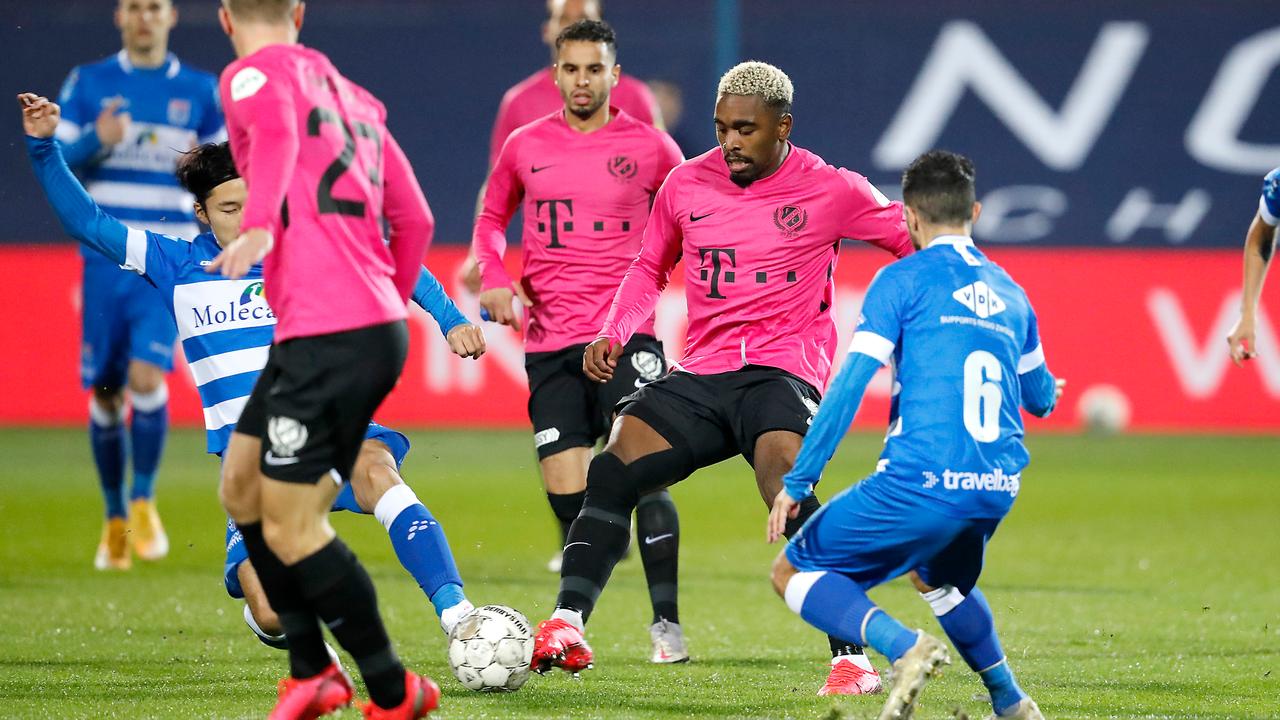 Referee Makkelie is asked by his VAR to view the images of the duel between Lam and Dalmau again.

After examining the images, the arbitrator rules that red was punished too severely, although he still gives Lam yellow.

It undoubtedly hurts the Spaniard, but the Finn really doesn't seem to be doing this on purpose.

The VAR will also take a look at it.

FC Utrecht again escapes a new backlog, this time thanks to the aluminum.

Fortunately, Reijnders gets the ball in front of his feet and does not change his mind.

The ball shatters on the post next to Paes.

The home team seems to take the lead again from nowhere when Drost slides into a tight cross from Pherai.

However, the repetition, which is extensively studied by the VAR, shows that the substitute is offside with a toe length.

Mimoun Mahi is the center of the revelry at FC Utrecht after his equalizer.

FC Utrecht plays a lot better than before half time and that results in the 1-1.

Mimoun Mahi is sent deep with a nice ball by Gyrano Kerk and the striker shoots hard diagonally.

The VAR checks whether it is offside, but decides not and so the equalizer is firmly on the scoreboard.

Bart Ramselaar makes it very clear that he does not agree with the decision of the arbitration to reject his goal in the first half due to offside.

46 'The second half in Zwolle has started.

Can FC Utrecht do something about the backlog, or will PEC keep the points in Overijssel?

Due to the draw against FC Groningen, Vitesse is the leader at least until tomorrow afternoon.

The Arnhem team has a point ahead of Ajax, but sees the team from Amsterdam still allowed to take action against Heracles Almelo in-house.

With 22 points from nine matches, Vitesse still equals the best start to the season ever.

In addition to the backlog at halftime against PEC, there is even more bad news for FC Utrecht.

Captain Willem Janssen, who is just making his return to the base after a long injury, has to leave the field halfway through the first half with an apparent hamstring injury.

for the second time this Eredivisie season.

The Arnhemmers do not come further than 1-1 when visiting FC Groningen.

The team of Thomas Letsch even falls behind via a nice long shot by Patrick Joosten, but a smart free kick by Oussama Tannane enables Loïs Openda to equalize.

In the second half, both teams no longer score, which is an achievement in itself in the case of Armando Broja.

The nineteen-year-old Albanian has the winning goal on his shoe, but shoots open goal.

It is that there is no audience, otherwise we would have written that PEC Zwolle and FC Utrecht are presenting the spectators an abominable match.

However, that will be a concern for the home team, because they are looking for the dressing room with a 1-0 lead before half-time.

A shot from Mustafa Saymak just lands through the back of Django Warmerdam and makes the difference for the time being.

88 'Groningen is still trying very carefully to go for the win.

First Matusiwa shoots a meter wide with a drop kick, a moment later El Hankouri aims right into the hands of Pasveer.

Ramselaar thinks he can punish a mistake by Zetterer, who completely misses the ball, and put the equalizer on the board.

After intervention of the VAR, however, the hit is rejected, because the Utrecht attacker started from an offside position.

Ramselaar himself is furious, although that will mainly be frustration about the poor playing of him and his team.

Via an unadulterated situation, which completely fits in the image of the match, PEC takes the lead.

Mustafa Saymak lashes out from a distance and sees his bet fly over Maarten Paes with a bow via two Utrecht defenders and end up in the goal.

It will probably be Django Warmerdam's own goal, as the left back is the last to change direction with his back.

PEC Zwolle and FC Utrecht don't bake much of it in the first half hour.

Both teams are very sloppy, but try to assert themselves in the duels.

That makes for a messy game, in which no big chances can be noted.

Broja is very disappointed with his missed opportunity.

The hopeless miss of Armando Broja in the picture.

Because the Albanian does not have his sights on, Vitesse is still chasing the lead.

FC Groningen does little else in the second half than stop.

63 'Wow, what a miss from Broja, who should have put Vitesse ahead here.

The attacker does everything right after being sent off on the edge of offside, passes Padt with a nice cut, but then shoots hopelessly in front of an empty goal.

Did the Albanian feel a little too easy about that after doing the tricky part?

A cross from the right by Saymak whirls through Janssen's thigh onto the crossbar above Utrecht keeper Paes.

However, Padt cannot be fooled again and catches the ball easily.

At PEC Zwolle, Kenneth Paal is back in the base for the first time since September 26.

The left back was out for some time due to a corona infection, but is now completely back.

For FC Utrecht captain Willem Janssen, his last starting place was a lot longer ago.

That was on January 17, 2020, surprisingly enough in the previous edition of PEC-FC Utrecht.

Since then he was no longer at the kick-off of an Eredivisie match due to injuries and the corona crisis.

Vitesse has won its last five Eredivisie matches, but it is extremely difficult against FC Groningen.

The people of Arnhem should be grateful for a trick by Tannane and the sharp Openda that they are not behind.

In Zwolle, PEC and FC Utrecht have started their mutual Eredivisie confrontation.

At the same time, the second half was kicked off in Groningen at FC Groningen against Vitesse.

FC Groningen seems to get the interruption with a lead, but gets the lid on the nose just before half time.

The Noorderlingen take the lead via a beautiful goal from Patrick Joosten, who beats Remko Pasveer with a hard bow ball in the far corner.

On the stroke of half time, however, Oussama Tannane fooled the entire Groningen defense with a suddenly taken free kick, after which Loïs Openda tipped in the equalizer.

FC Groningen is completely surprised by a free kick from Vitesse and gets the equalizer.

Oussama Tannane seems to dawdle for a long time with a free kick, but suddenly passes the ball quickly.

Loïs Openda is the most alert and taps the ball in at the far post.

Thanks to a hard-

2-1 victory over VVV-Venlo, Willem II has taken the second victory of the Eredivisie season.

The people from Tilburg got off to a good start in-house and quickly scored via Vangelis Pavlidis and Görkem Saglam.

Even before the break, Giorgos Giakoumakis does something back with his eighth goal of the season, but in the second half Willem II holds his ground and hops over VVV to eleventh place in the ranking.

31 'Fortunately, Tannane gets the ball in front of his feet and immediately lashes out.

However, the shot of the tastemaker of Vitesse almost flies out of the stadium.

Vitesse's acclaimed attack machine is not running at full speed yet.

FC Groningen is stronger in the first half hour and takes a deserved lead against fellow leader Vitesse.

The attacker cuts in and places the ball beautifully past Remko Pasveer in the far corner. 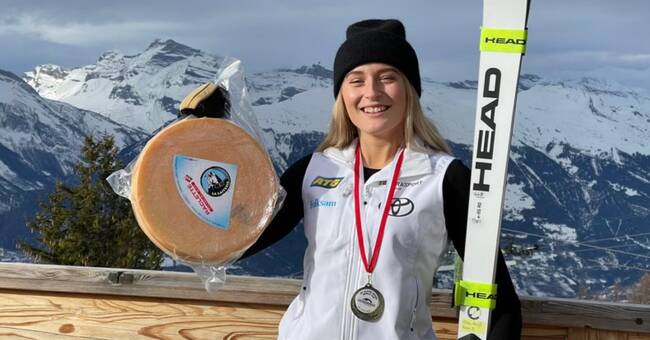 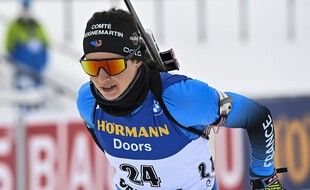 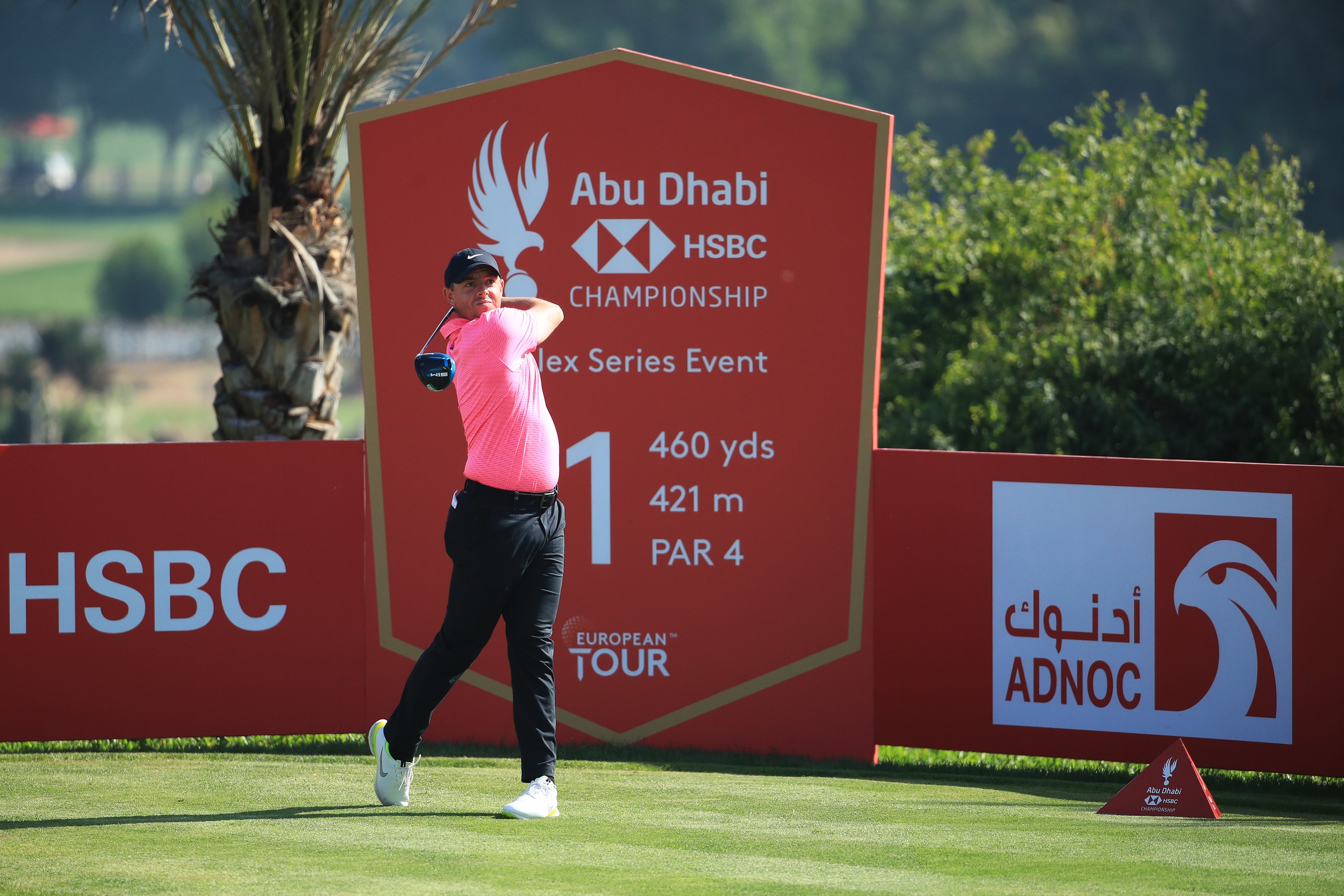