Medvedev bewitches Nadal and separates him from the final

Victim of a spell, physically deflated in an improper third set of his extraordinary cache, Nadal fell to Daniil Medvedev in the semifinals of the ATP Finals and the 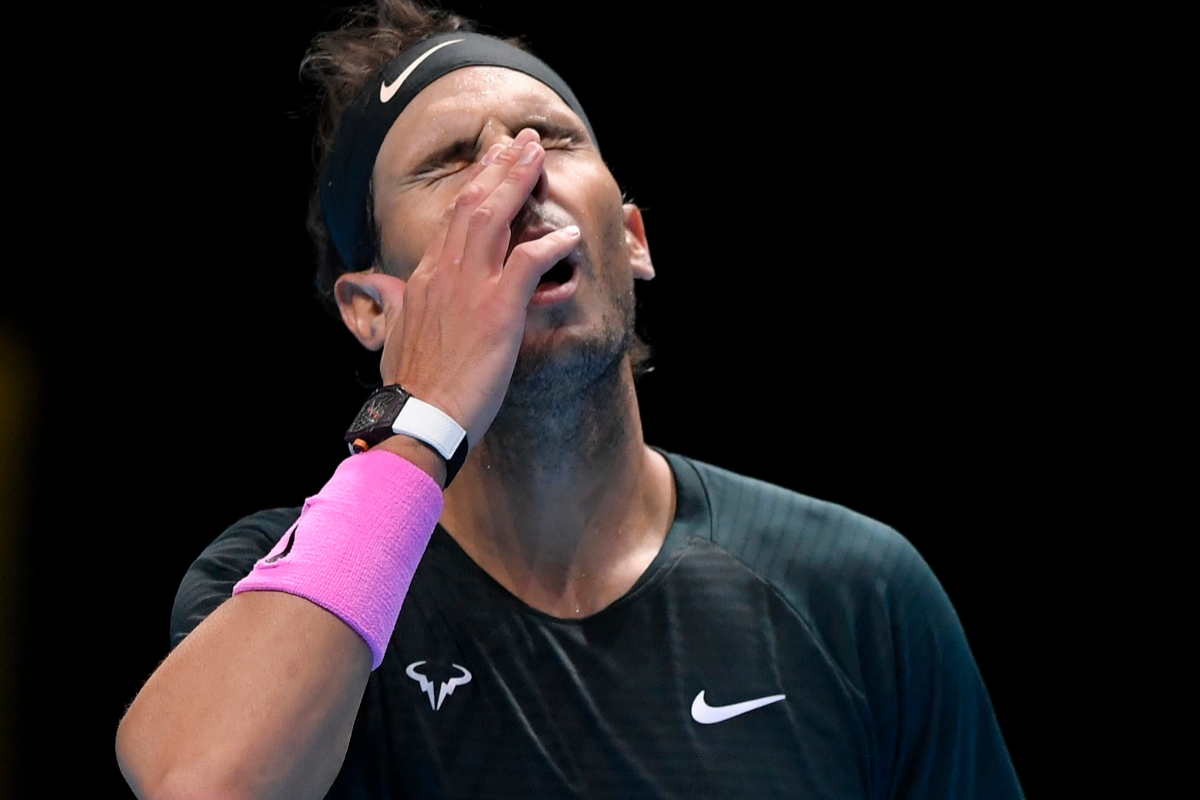 Victim of a spell, physically deflated in an improper third set of his extraordinary cache,

in the semifinals of the ATP Finals and will have to continue waiting to win the only important title that still resists him.

After serving in the second set to win the match, the world number two saw how the Russian was able to reinvent himself once again to finish winning 3-6, 7-6 (4) and 6-3, in two hours and 36 minutes.

It will be Medvedev who seeks the title this Sunday (7:00 p.m., Let's go) against

Finalist in 2010 and 2013, Nadal, who came, like the rest of the participants, with more gasoline than ever in this season altered by the pandemic, could not with the man who has shown to be in better shape.

The semifinal was as difficult as it was supposed to be.

True to the tangled game that tends to destabilize his opponents, he made Nadal work again.

He had lost in the three appointments with the Spanish, but in the last two, the final of the United States Open last year and months later in the group stage of these ATP Finals, he was not far from winning.

This Saturday he knew how to certify it.

Problems with the service

One of the fundamentals that had led Nadal to the semifinals was efficiency with service.

But this time he was not at the level of previous encounters with that blow.

In front of a server of 1.98 meters, the problem was not trivial.

In the beginning, Medvedev solved his serve turns without difficulty, while the Spanish had to suffer.

Already in the third game he had to face three threats.

Russian forces you to be continually alert.

The length of its limbs allows it to hit hard balls and counter on lethal-looking blows.

But as soon as he lost effectiveness with the service, the Spaniard was there to break a blank in the eighth game.

Nadal shook the shaker well, making use of his chopped backhand and improvising often with the serve and volley formula.

This is how the first set was taken.

Got oil from the Muscovite stumble.

Nadal, during the match TOBY MELVILLE Action Images via Reuters

Medvedev goes on his own, as if nothing could disturb him.

In his second participation in the tournament, after staying in the group stage last year, he reached the semifinals without giving up a set.

He didn't even concede to

in the last game, where he was already assured of first place.

No one appeared at the crossings with such a degree of solvency.

Number 4 in the world, he emerged in 2019 with four titles, including the Masters 1000 in Shanghai and Cincinnati, in addition to five finals, two of them, Canada and the United States Open, lost to Nadal, who also surpassed him in the phase. of groups of the tournament in question.

The Russian soon forgot that he was at a disadvantage.

He came out determined, he won the service in white and then broke, helped by a double fault from the manacorense, who did not finish tune with the service.

Nadal was not comfortable.

Nobody is when they meet this out-of-catalog player, who barely grants rhythm.

Despite everything, he was in a position to win the game with his serve in the second set, but he lost it blank.

He lacked concreteness again, as against Thiem in the group stage.

He gave in in the tiebreaker and was lacking in energy in the third, hasty, without resources to face a tricky rival.