Hanna Öberg finished fourth in the overall world cup last season, and is one of the favorites for the overall victory this winter. Today she showed why. She shot full and took home the victory in the premiere in Idre. - A cruel premiere, says expert Björn Ferry. 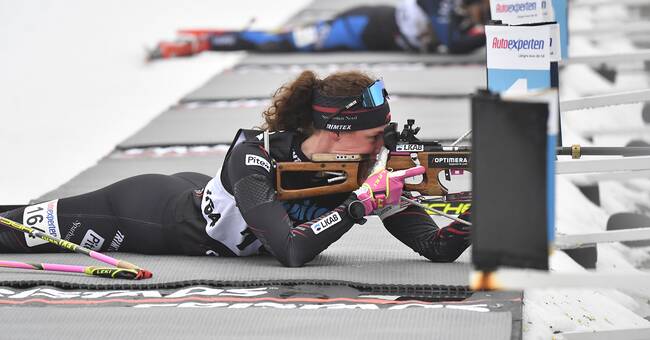 In recent years, Hanna Öberg has established herself as one of the world's best biathletes.

In 2018 she won an Olympic gold and an Olympic silver in South Korea, the following year there were three medals (of which one gold at the World Cup in Östersund), and last year it was a World Cup bronze in Italy and a fourth place in the overall World Cup.

This year she is one of the favorites for the overall World Cup victory, and in the premiere in Idre today she showed why.

She shot full and after a superb final lap she finally won by a full 17.7 seconds ahead of runner-up Johanna Skottheim.

The second Skottheim was pleased with his effort.

- For me, zero-zero is really good.

To be honest, I have not hated shooting so well lately, she said.