Before the team's latest match, Luleå had taken points in all SHL matches. Then the suite was broken towards Frölunda. Tonight, the teams met again - and it became a new zero scorer for the former league leader. - Embarrassing, says Erik Gustafsson. 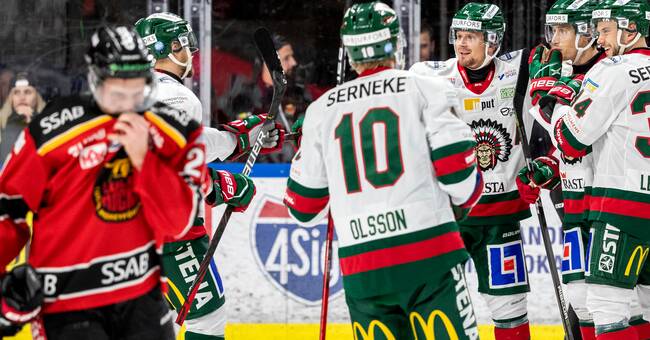 Luleå started the season clearly the best in the SHL, and in the team's first nine matches, there were points in all of them.

But now there have been two straight games with a zero in the points column.

The team lost 1-4 away against Frölunda last week, and tonight it was a new loss against the Gothenburg team.

Messy in the Luleå defense

And this time there was no major talk about it.

The team sometimes created some pressure against the Frölunda team, especially in numerical superiority.

But defensively it was messy worse, and Frölunda's 2-0 victory was clearly fair.

And there were not particularly happy faces in the Luleå camp, neither during the match nor afterwards.

- It is so terribly bad, for example, the hill Erik Gustafsson said to C More after the second period, and added a little later:

- Everyone must see themselves in the mirror, because this is embarrassing.

"Not happy at all"

It possibly got a little better in the third period, but the team never managed to break the deadlock and Luleå's second pointless match in a row was a fact.

- We are not satisfied at all, it is not good enough.

The first period is not great, but still our best.

In others we are totally incompetent, and in the end we come up a little but we let go a little too.

No, it's a bad hockey match for us, says Niklas Olausson to C More.

With the victory, Frölunda consolidated its league lead.

- I am very happy with the game in five against five, we only let up to three or four goal chances against Luleå, and it is great away against Luleå, says coach Roger Rönnberg.