Dubai Sports Council announced the organization of the "Hero Dubai Hatta" tour; It is the inaugural round of the "Hero" world championship for mountain biking, included on the agenda of the International Cycling Federation, and the first of its kind in the Middle East region. 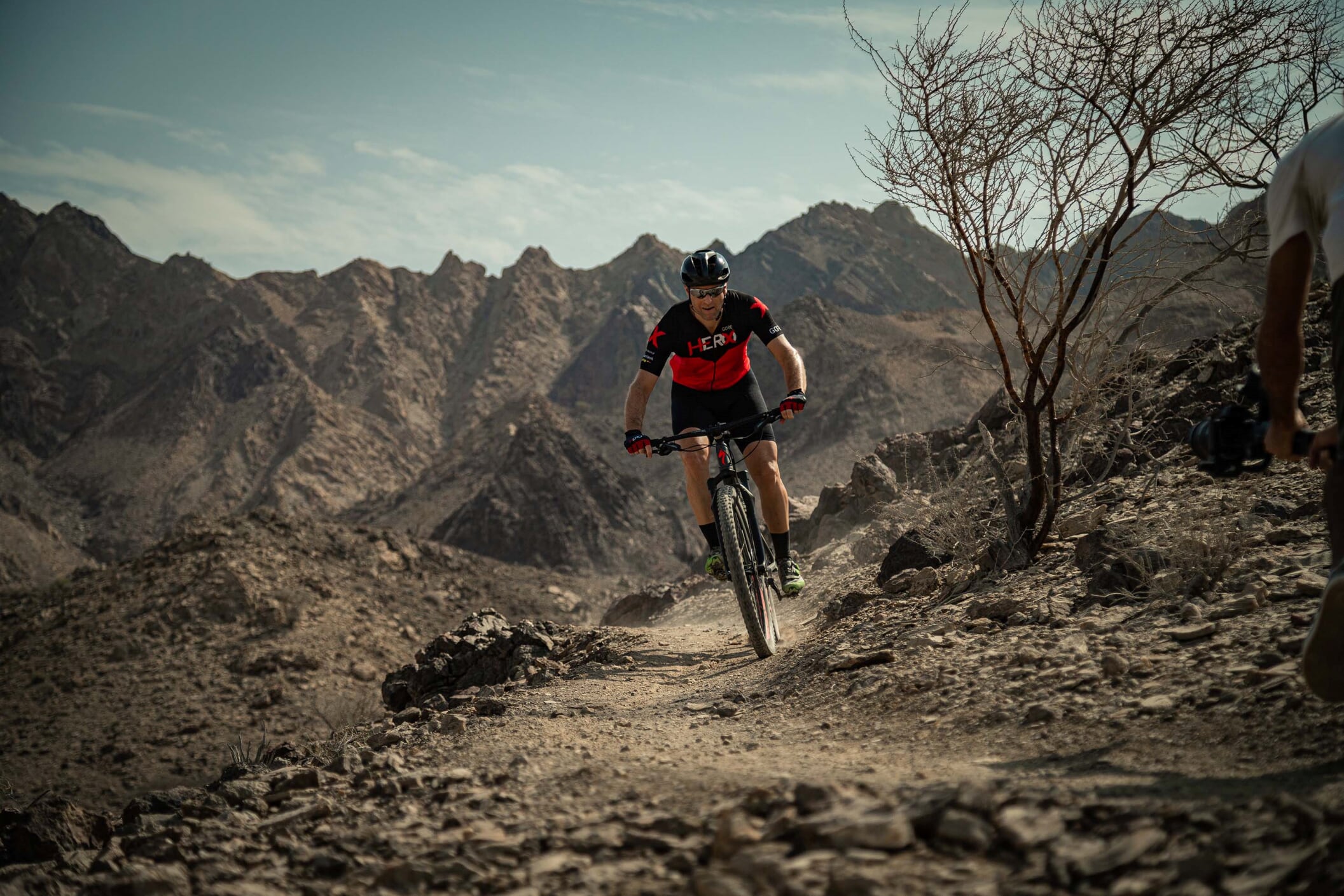 It is the inaugural round of the "Hero" world mountain bike championship series on the agenda of the International Cycling Federation, and the first of its kind in the Middle East region. Its competitions will be held on the mountain tracks in Hatta from 3 to 5 March 2021.

Cycling is one of the sports that receive great attention and encouragement in Dubai, whether in terms of attracting major international competitions or at the level of community practice, as His Highness Sheikh Hamdan bin Mohammed bin Rashid Al Maktoum, Crown Prince of Dubai and Chairman of the Executive Council, recently directed the transformation of Dubai To a bike-friendly city by developing legislation, implementing international best practices and creating the necessary infrastructure to encourage all components of society to practice.

The Hero Championship is ranked among the most difficult races in the world, and the Hatta region will be the first stop in the series of this world race, the first of its kind in the Middle East. The second leg will be in Italy in June 2021, and the third in Thailand on September 25, 2021. The official races that are held under the umbrella of the International Cycling Federation, with the participation of elite world champions in mountain biking.

The race includes several categories, including the professional category, 60 kilometers, and the highest point on the ground that the contestants reach is 1600 feet, and the second category reaches a distance of 30 kilometers at a height of 800 feet from the surface of the earth, and there is a class for children and another for amateurs.

More than 4,000 contestants from around the world participate in the series, all looking to win the championship.

The Dubai Sports Council stated that registration is open to those wishing to participate in the various categories of the "Hero Dubai Hatta" race, whether professional or amateur as well within the children category. Registration and more information about the race can be made by visiting its official website: www.heroworldseries .com.

The organization of this global race confirms the position of Dubai, and the Hatta region in particular, as an international center for hosting cycling races in general, especially the mountain ones, and the organization of this race is in line with the objectives of the comprehensive development plan to develop the Hatta region, which aims to enhance its attractiveness as a first-class tourism and sporting destination. With its many elements that combine natural beauty elements from mountains and plains and wonderful weather.

The Dubai Sports Council is keen to organize international events in it to increase societal awareness of its beauty, geographical diversity, and the mountainous environment that characterizes it, to become a distinctive sporting destination in the country and the region and a focal point for spreading and promoting the culture of sports.

At the beginning of this year, the Hatta region hosted the first edition of the tournament, in which more than 400 cyclists from 50 countries participated, and the men's title was crowned Colombian world champion Hector Leonardo Baez, while the Slovenian Plaza Piantaric won the women's title.

It is noteworthy that cycling is very popular in the UAE, while this popularity has expanded over the past few years, and has become attracting a growing number of practitioners, and has transformed from a mere leisure hobby practiced in leisure time to a lifestyle keen on practicing a large segment of society of all ages And nationalities on a daily basis.