22 foreign players appear for the first time in the league, most notably Eduardo and seven

The first transfer period for the 2020-2021 season ended yesterday, after the summer registration door was closed, as the majority of the Arab Gulf League clubs made major adjustments in their ranks, especially at the level of foreign players, as the new season will witness the appearance of 22 foreign players for the first time in The 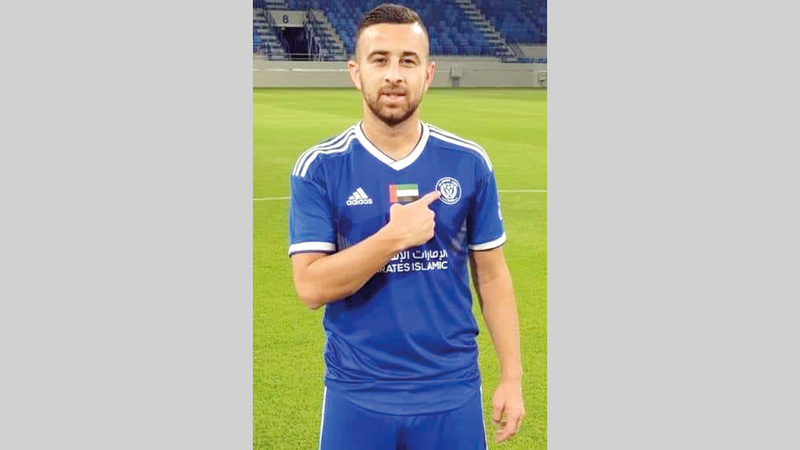 22 foreign players appear for the first time in the league, most notably Eduardo and seven

The first transfer period for the 2020-2021 season ended yesterday, after the summer registration door was closed, as the majority of the Arab Gulf League clubs made major adjustments in their ranks, especially at the level of foreign players, as the new season will witness the appearance of 22 foreign players for the first time in League.

Fujairah and Hatta are the only two teams that have changed all the foreign players in their ranks, as the "Wolves" contracted with four new players: Curacao player Roly Bonifacia, Brazilian Farley Rosa, Tunisian Firas Al Arabi and Swedish Samuel Armentros, while "Hurricane" contracted with the Brazilian Willian Farias, Colombian Kevin Londono, Hungary Vladimir Koeman, and Zambian Mwabi Musonda, in contrast, Brazilian Carlos Eduardo and Israeli Dia Sabaa are the most prominent names to join the league.

Despite Sharjah, the "defending champion" contracted with Brazilian Jonatas Jesus from Elche, Spain, the newcomer dropped out of the team's list after he was injured in his first participation in the friendly match that he fought against Al Nasr, and his absence was confirmed for a period of up to three months, before he The club's ball company decides to restore the services of Brazilian player Wilton Suarez from Al Wasl club, so Sharjah will enter the new season with four foreigners: Italian Igor Kornado, Brazilian Caio Lucas, Uzbek Shukorov and finally Suarez.

On the other hand, Al-Jazira club is the only team that has not concluded any deals at the level of foreign players, and the same is true for the national players, as the season will start with a list of foreign players only, namely, South Africa's Thulani Serero and the Serbian Milos Kosanovic, while the Brazilian team left Marcos Keanu and Moroccan Murad Patna.

For his part, Shabab Al-Ahly made major changes to the list of foreign players after they contracted with the star of Al Hilal Saudi, Brazilian Carlos Eduardo, in a heavy deal, as Eduardo is one of the most prominent foreign players in the Saudi League in the last five years, while he included "Dubai Knights" Cape Verde's player, Hildon Ramos, coming from the Saudi cooperation, on the other hand renewed the loan of Argentine Federico Cartabia from Deportivo La Coruna, Spain, and the technical staff decided to register the Uzbek Aziz Ganiyev in the fourth foreigner, after his brilliance in the AFC Champions League.

In turn, Al-Nasr Club grabbed attention after contracting with Diaa Sabaa, coming from Guangzhou Evergrande of China, while the second deals of "Blue" were local, including Cape Verdean player Ryan Mendes from Sharjah, while he kept the services of Portuguese Tozzi and Dutchman Brandley Kwas, and the same thing was repeated for To the unit, who contracted with Slovenian Tim Matavz and relied on a local deal to include Moldovan Lvanor Henrique from Al-Ahly youth, and he retained the services of South Korean Lee Myung and Congolese Paul Mboko.

On the other hand, Al Wasl made radical changes to the list of foreigners, with the football company registering four new players, contracting with Argentine Nicholas Oroz, Brazilian Santos Neres and his compatriot Joao Figredo, while Brazilian Ronaldo Mendes was re-registered.

As for Al Ain, he did not make several changes in the list of foreign players, after he kept the services of Togolese Lapa Kudjo, Japanese Tosaka Shiotani and Kazakhstani Islam Khan, while he contracted with Angolan Wilson Eduardo.

For his part, Baniyas contracted with Argentine players Gaston Suarez and Nicolas Jimenez. Ajman also included Brazilian Gustavo de Maro and Portuguese Diego Carlos, and the Kalba Federation contracted with Chilean Junior Fernandez, while the "Tigers" contracted with Swiss David Mariani from Al Ahly youth. Khorfakkan concluded one deal with Colombian Orlando Pereo, but the latter was injured and Brazilian Ricardinho was re-enrolled in his place.

Newcomers to the Arabian Gulf League

Both Hatta and Fujairah with four foreign players contracted.