Luleå had won all three matches. Against Växjö came the season's fourth straight victory after a late decision that meant 2-1. 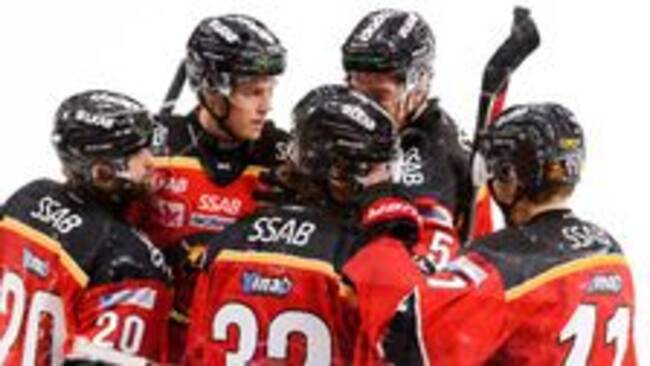 Series-leading Luleå chose to put 17-year-old Jesper Wallstedt in goal, ie the same Wallstedt who last year became the youngest goalkeeper ever in the SHL.

In Växjö, Victor Fasth, 38, played, and after a goalless first period, he was forced to capitulate when Oscar Engsund put 1-0 for the home team.

Luleå had thus taken the lead for the fourth match in a row and was on its way to its fourth straight victory in this year's edition of the SHL.

After the setback goal, the guests showed good tendencies in the game - and the press game - but despite four powerplays, they did not manage to net.

Instead, the equalizer came just 13 seconds into the third period, when Robert Rosén spliced ​​up the puck in the cross - in powerplay.

With that, he determined the end result, Luleå continues to go like the train - and young Wallstedt impressed between the posts.