In the second stage of the Super League, Evergrande's championship strength is outstanding, the cruel relegation group is suspense

Chinanews client, Beijing, September 29 (Bian Liqun) On the evening of the 28th, the first stage of the Super League came to an end. With a 1:0 upset victory over Shanghai SIPG, Chongqing Dangdai secured the third place in Group B with 6 consecutive victories. As a result, all 16 teams in the Super League were in position, and the second stage of the match was officially released. Compared to th 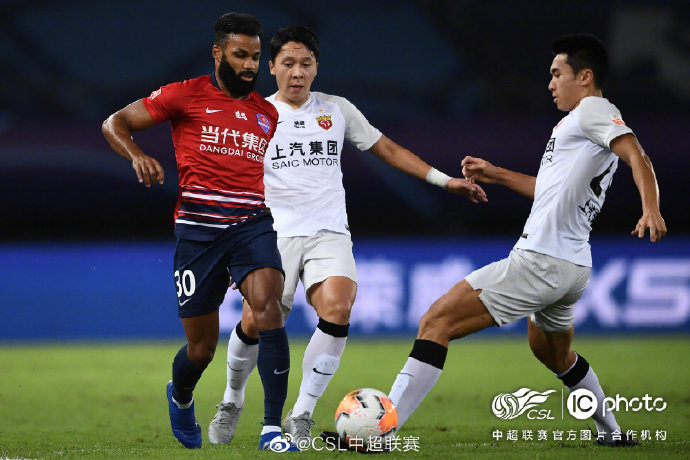 Chinanews client, Beijing, September 29 (Bian Liqun) On the evening of the 28th, the first stage of the Super League came to an end. With a 1:0 upset victory over Shanghai SIPG, Chongqing Dangdai secured the third place in Group B with 6 consecutive victories. As a result, all 16 teams in the Super League were in position, and the second stage of the match was officially released.

Compared to the first stage where the only thing to watch is the fourth stage, the second stage, which is about the championship and relegation, will be more cruel and fierce.

And from the perspective of the competition system and the matchup, the suspense of relegation may be much higher than the championship.

In the first stage of the final battle on the evening of the 28th, Chongqing Dangdai 1:0 Shanghai SIPG took third place in Group B.

The first two rounds determine the direction of the second stage

In the first two rounds of the competition, Guangzhou Evergrande (1st in Group A) in the championship group will face Hebei China Fortune (4th in Group B), Shandong Luneng (A3) against Beijing Guoan (B2), and Shanghai Shenhua (A4) against Shanghai SIPG (B1), Chongqing Dangdai (B3) and Jiangsu Suning (A2).

Distribution of teams in the second stage of the Chinese Super League.

Under this system, it is determined that the situation in the league after the first two rounds will be very clear. The four teams that win the championship in double rounds will become the top four this season, and the teams that lose in the relegation group will become the top four teams in the double round. Of the last four, one of them will unfortunately become a relegation team, and another will have a relegation playoff with the Chinese A team.

The remaining 8 teams will completely enter the state of "no desire and no desire". No matter how good the qualifying is afterwards, they are actually "innocent". The four teams in the championship group will only be 5-8. Wandering between the names, the four teams in the relegation group are no more than 9-12.

Compared with these 8 teams "the years are quiet and good", the other 8 teams will be in the extreme state of "two days of ice and fire".

For example, for strong teams such as Beijing Guoan and Shandong Luneng, Shanghai Shenhua and Shanghai SIPG, the team that loses in the two rounds will definitely miss the top 4 championship.

In the relegation battle between Shenzu and TEDA, the loser will continue to struggle in the quagmire of relegation.

In fact, after 14 first-stage matches, the strength of the 16 teams in the Super League has been clearly demonstrated.

For the championship team, the lineup has been relatively formed, no need to make too many adjustments.

On the contrary, some of the relegation teams with unsatisfactory results, in order to stay in the Super League, have already started signing in as early as the first stage.

For example, Tianjin TEDA introduced Ahmedov from SIPG, and then it will also introduce new foreign forwards.

The Dalian team introduced Jairson, and Guangzhou R&F was on loan from Chongqing foreign aid Adrian.

It has been less than 48 hours since the Super League transfer window closed on September 30. Not surprisingly, some relegation team officials will announce new aid.

In this way, the strength of the second-stage relegation team will change with the changes in foreign aid.

For example, after the introduction of midfielders and forwards, Tianjin TEDA has greatly compensated for the disadvantage of hollowing out the central axis before the season. It is very likely that it will show a new look in the second stage and truly stage a win and relegation drama.

And judging from the previous performance of the eight teams, none of them are completely stable. In a game with a very low fault tolerance rate, unexpected mistakes are very likely to become a turning point in fate.

At least from the present point of view, all 8 teams have a certain chance of becoming a relegation team. Only after the first two rounds are played and the relegation corps is reduced to 4 teams, the relegation drama really enters the climax.

In the first stage of the final battle on the evening of the 28th, Chongqing Dangdai 1:0 Shanghai SIPG took third place in Group B.

Compared with the relegation group with great suspense, the championship group is much clearer.

For teams like Chongqing Dangdai and Hebei China Fortune, the significance of entering the championship group is mostly to complete the relegation task ahead of time. The former has already begun to rent out foreign aid and obviously does not have much idea about the next game.

In addition, Shanghai Shenhua, fourth in Group A, will continue to face the dilemma of disorganized foreign aid. Faced with the well-organized city rival Shanghai SIPG, at least in terms of team strength, the disadvantage is still obvious.

It may not be easy for the teams to use the weak to defeat the strong in the second stage of the real effort.

In Group A where strong teams gather, the defending champion Guangzhou Evergrande still achieved 11 wins, 1 draw and 2 losses. After losing 2 games, the game lost to Suning was still locked in the group's first place. The state of seeking.

Its stability is much higher than that of Shanghai SIPG, which was tied by the promotion and lost to Chongqing in the final battle.

Moreover, regardless of the thickness of the lineup, the strength of the team or the average age, Evergrande's advantage is even more prominent in this densely biased season.

In the second stage, unless there is an accident, or it happens to be in a downturn in the fate-determining game, as long as it plays a normal level, Guangzhou Evergrande's crowning of the 9th crown is not a low probability event.

Data map: In the last round of the 2019 Super League, Guangzhou Evergrande defeated Shanghai Shenhua 3-0 at home, winning the Super League championship for the 8th time in team history.

Although Guangzhou Evergrande has absolute championship strength, the chances of each team are actually the same when it comes to whether they can enter the top four or early relegation. In this kind of cup-like competition, each team is competing. The team’s ability to fight tough battles, whoever enters the state quickly, is in good on-the-spot state, can "grind his teeth" at the critical stage, and even the luck bonus will become the destiny factor.

In the previous four wars, Shenhua, who was invincible in seven rounds, could keep fourth place. It is precisely because of its invincibility against direct competitors and top-ranked teams, and ultimately fell short. The people of Dalian all failed to win key games, which resulted in regrets that they missed the championship.

From this point of view, although Group B seems to be more lively, in terms of the intensity and quality of the competition, the strong teams in Group A are still better. In the continuous strong dialogue, the teams in Group A will be fighting hard. In terms of experience, this will also become their advantage in the second stage.

Of course, one of the charms of football lies in contingency. If it weren't for this, Chongqing Contemporary, which had only won 1 win in the first 8 rounds, would not have won the third place in Group B with 6 consecutive victories.

What's more, the accident of the second stage is much higher than the first stage.

It is foreseeable that from October 16 to November 12 in the nearly one month period, there will be unexpected situations in the second stage of the Super League.