Eleven years after the death of Brice Taton, the TFC is preparing a new tribute

The TFC has planned a tribute on Saturday against Troyes for Brice Taton. This Toulouse supporter died on September 29, 2009 in Belgrade, following an assault 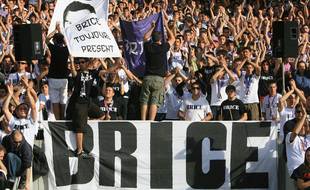 Eleven years after the tragedy, the TFC is preparing a tribute to Brice Taton.

Here are 11 years to the day on Tuesday, Brice Taton died in a Belgrade hospital.

The TFC supporter had been attacked 12 days earlier by hooligans from Partizan, one of the clubs in the Serbian capital, before the Europa League match against Toulouse training.

Now in Ligue 2, his long-standing club will pay tribute to him on Saturday when Troyes came to the Stadium, as he did last year for the derby against Bordeaux in L1, on the occasion of the 10th anniversary of the drama.

September 29 is no longer a date like any other for our supporters and us.

Brice is and will remain in our hearts forever!

Thus, we will pay him a new tribute at the Stadium on the occasion of # TFCESTAC.https: //t.co/5PH25uIzRC pic.twitter.com/D2BVeuGblL

"Our duty to remember is essential vis-à-vis Brice and his family, and so that such a tragedy does not happen again", writes Damien Comolli on the TFC website.

The new president indicates to have "been able to measure the trauma caused by his disappearance" since taking office in July, "during the exchanges that I had with the supporters, employees and close to the club".

Concretely, despite the closed session announced against Troyes and already applied against Auxerre, due to the health situation, the management of Violets invited members of the ultra group of Indians Tolosa and the football club of supporters Forza Viola FC, including the 28 year old young man was part.

Brice Taton: One of the murderers of the TFC supporter was assassinated in Belgrade

TFC: Ten years after the death of Brice Taton, tributes flourish to honor the memory of the Toulouse supporter