Star cyclists Christopher Froome and Geraint Thomas have not been selected by their team to participate in the 2020 edition of the Grande Boucle, the Ineos team announced on Wednesday. Of the… 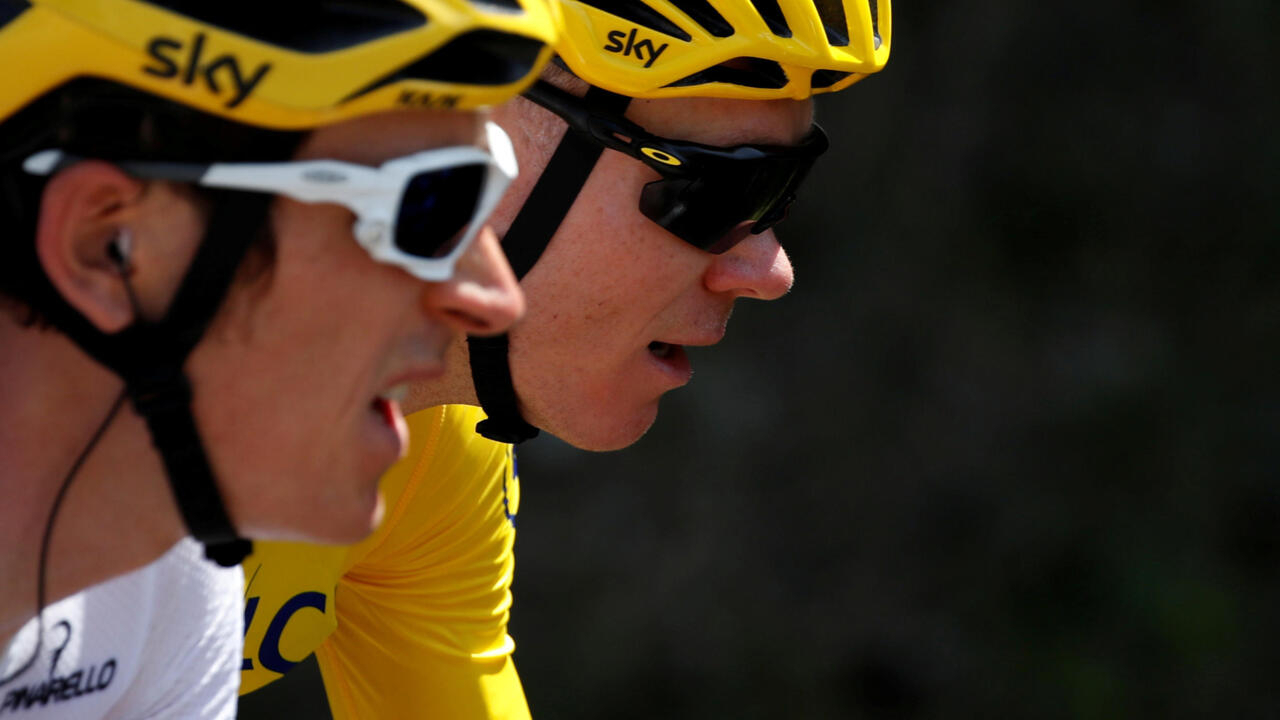 They accumulate five Tour de France victories between them, but they will not be on the starting line of the 2020 edition. In a press release published on Wednesday August 19, the Ineos team announced that neither the four-time winner of the Tour de France Christopher Froome, nor the winner of the 2018 edition Geraint Thomas, will not participate in the Grande Boucle ((August 29 - September 20) this year.

"Geraint (Thomas) will target the Giro (...). As far as he is concerned, Chris ( Froome ) will target the Vuelta", explained the British formation in a press release, a few days after the duo's performances far from the standards of Ineos during the Critérium du Dauphiné, the last great preparation race before the Tour.

A little over a year after his serious fall on the Dauphiné 2019 which had left him crippled with fractures (cervical vertebra, femur, hip, elbow, ribs ...), the Briton Froome, leaving next season for the The Israel Start-Up Nation team failed to convince its boss Dave Brailsford to return to his best level.

Even if he put himself at the service of the Colombian Bernal on the Tour de l'Ain then the last Dauphiné, “Froomey” showed limits that he did not know as soon as the road climbed.

His 71st place on Sunday, nearly an hour and a half behind the winner of the event, Colombian Daniel Martinez, forced the decision.

More unexpectedly, the sidelining of Thomas also responds to disappointing performance. The Welshman, co-leader of Ineos on the 2019 Tour which he finished in 2nd place, could not sign better than a 37th place on the Dauphiné, where he also gave up a considerable time, close to one hour, on Martinez.

"I would have preferred to be a little better, but my data is good. I just have to lose another kilo and I will be perfect," he assured while acknowledging a rather difficult start to the Dauphiné.

It is ultimately the Ecuadorian Richard Carapaz, winner of the Giro 2018 and initially scheduled to compete in the Giro d'Italia, who will play the role of Team Ineos' second ace on the Grande Boucle alongside Egan Bernal.

The doubts about the condition of the title holder, whose team had used back pain as an excuse to explain his abandonment on the Dauphiné, are raised.