The Carolina Hurricanes were defeated by the Boston Bruins in the fifth match of the Stanley Cup playoff first round. 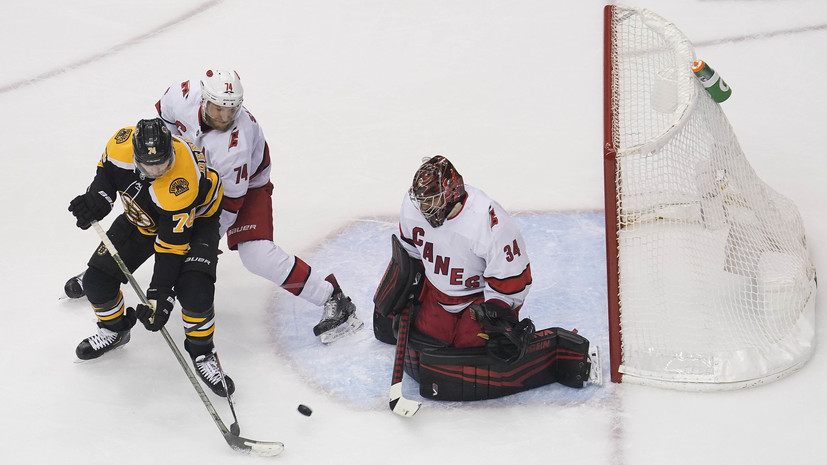 The meeting ended with a score of 2: 1 in favor of the Bruins.

The victory for “Boston” was brought by the washers of David Craici and Patrice Bergeron.

Hayden Fleury scored for Carolina. Russian forward Andrei Svechnikov did not take part in the match.

The score in the streak to four wins was 4: 1 in favor of Boston, which, thus, advanced to the second round of the playoffs, where they will play against the winner of the Washington Capitals series - New York Islanders.

Earlier it was reported that Kucherov's three assists helped Tampa beat Columbus and advance to the next round of the Stanley Cup playoffs.