On August 14th, the client of Chinanews.com ended the busy week, and the upcoming weekends will be accompanied by sports events. A UEFA Champions League knockout match between Barcelona and Bayern Munich is undoubtedly the highlight of this weekend, and after a long season, the CBA will also usher in the next championship this week (the following time is Beijing time). On August 13, in the sec... 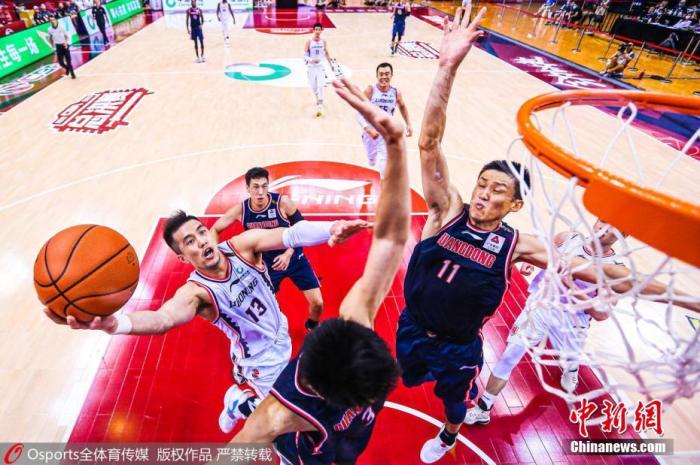 On August 14th, the client of Chinanews.com ended the busy week, and the upcoming weekends will be accompanied by sports events. A UEFA Champions League knockout match between Barcelona and Bayern Munich is undoubtedly the highlight of this weekend, and after a long season, the CBA will also usher in the next championship this week (the following time is Beijing time).

Yesterday, a "roller coaster" race brought an unexpected result. In the second round of the CBA Finals, the Liaoning team fell behind by 22 points in the 3rd quarter and finally defeated Guangdong 115:113. While they tied the big score to 1:1, they also kept the championship suspense until the last minute.

There is no way out, a battle will determine the universe. The CBA League this season will end on Saturday night, when the winner between Guangdong and Liaoning will become the champion of the season.

The picture shows the Bayern players celebrating together.

As the grand finale of European football this season, the Champions League will enter the quarter-finals this weekend. In the next two days, Barcelona, ​​Bayern Munich, Manchester City and Lyon will fight each other to qualify for the semi-finals.

Affected by the epidemic, this season's Champions League has adjusted the competition system, and the quarter-finals will be eliminated by a single. Compared to the previous home and away double rounds, the determination of a match is obviously more exciting, and chance and luck have a greater impact on the trend of the game. Therefore, for the majority of fans, these two games should not be missed.

Among them, the passionate collision between Barcelona and Bayern Munich is the focal point. On one side is the Bundesliga Banba, who has been winning with Lien Chan, and Messi, who has constantly set new records on the other side... The matchup in the early hours of Saturday morning Beijing time may bring the season to a climax.

The picture shows Messi celebrating the goal with his teammates.

The Champions League has attracted much attention, and the Chinese Super League is in full swing. This weekend, the Super League will play 6 games, of which the most concerned is the 5th round of Group A tonight, Jiangsu Suning and Shanghai Shenhua, the rivalry between this pair.

Since Guangzhou Evergrande lost to Shandong Luneng in the last round, Suning jumped to the top with a record of 3 wins and 1 tie, while Shenhua ranked fourth in the group with 7 points. The contest between Dalian and Guangzhou R&F is also worthy of attention. The two teams are currently at the end of Group A, and no one wants to lose in this game.

In the other group, Beijing Guoan and Shanghai SIPG have initially opened the gap with the team behind them. As the only team in the two groups to maintain a complete victory, Beijing Guoan's opponent in this round is the newly promoted Qingdao Huanghai, and they are expected to continue to lead in Group B.

At 18:00 on the 14th, the fifth round of Group A Henan Jianye: Guangzhou Evergrande

At 20:00 on the 14th, the fifth round of Group A Jiangsu Suning: Shanghai Shenhua

18:00 on the 16th Group B fifth round Qingdao Huanghai: Beijing Guoan

At 20:00 on the 16th, the 5th round of Group B Shanghai SIPG: Shijiazhuang Yongchang

Although the Chinese players are out, the World Snooker Championship still attracts a lot of spectators, especially when O'Sullivan, who has many fans, still hopes to win.

The game has entered the semi-finals, O'Sullivan is temporarily behind Selby 7:9, and Wilson leads McGill 13:11. The final will start tomorrow night.

The F1 Spanish Grand Prix will start at the Circuit de Catalunya this weekend, which is also the last of the second round of the F1 three-game series this season.

Hamilton of Mercedes-Benz has reached the top four times in the past, and he is still a strong contender for the championship this season and the state of the car is still outstanding.

In addition, F1 officials have announced that Perez's new crown virus nucleic acid test has turned negative, and the FIA ​​confirmed that Perez can return to the F1 paddock and he was allowed to participate in this weekend's race.

On August 2nd, local time, the F1 UK station competed for the race. Hamilton, who started from pole position, led the way, but at the last moment a puncture occurred. He took the punctured tyre and insisted on crossing the finish line and won the championship.

Other individual competitions will be held today and Sunday. Before this simulation game, the national team coach Li Sun once expressed the hope that the players would treat the game as a real Olympics.

The NBA regular season this season will end this weekend, followed by the promotion to the rankings. It is worth mentioning that the Spurs have completely missed the playoffs at present, and the NBA record of making the playoffs for 22 consecutive seasons has ended.

After the rankings, the 16 promoted teams will still participate in 4 rounds of playoffs in accordance with the previous rules, and all of them will implement 7 games of 4 wins.

The LPL summer playoffs in the Chinese mainland division of the League of Legends continue to heat up. There will be three games this weekend. The result is not only related to whether the teams can go further in the summer games, but also related to the qualification of the global finals. Due to the reduction of points in the spring competition this year, the ranking of the summer competition will have a greater impact on the qualifications of the global finals (S competition), and the summer championship will directly advance to S10 as the number one seed.

In addition, the World Cup Finals of the Glory of the Kings will also be held this Sunday. Both TS and DYG are facing Chinese teams.