Five questions about British GP: 'Racing Point soap is a veil over the weekend'

The fourth Grand Prix of the season will be held at Silverstone this weekend. Former Formula 1 driver and current sporting director of the Dutch GP in Zandvoort Jan Lammers answers five questions about the Grand Prix of Great Britain. 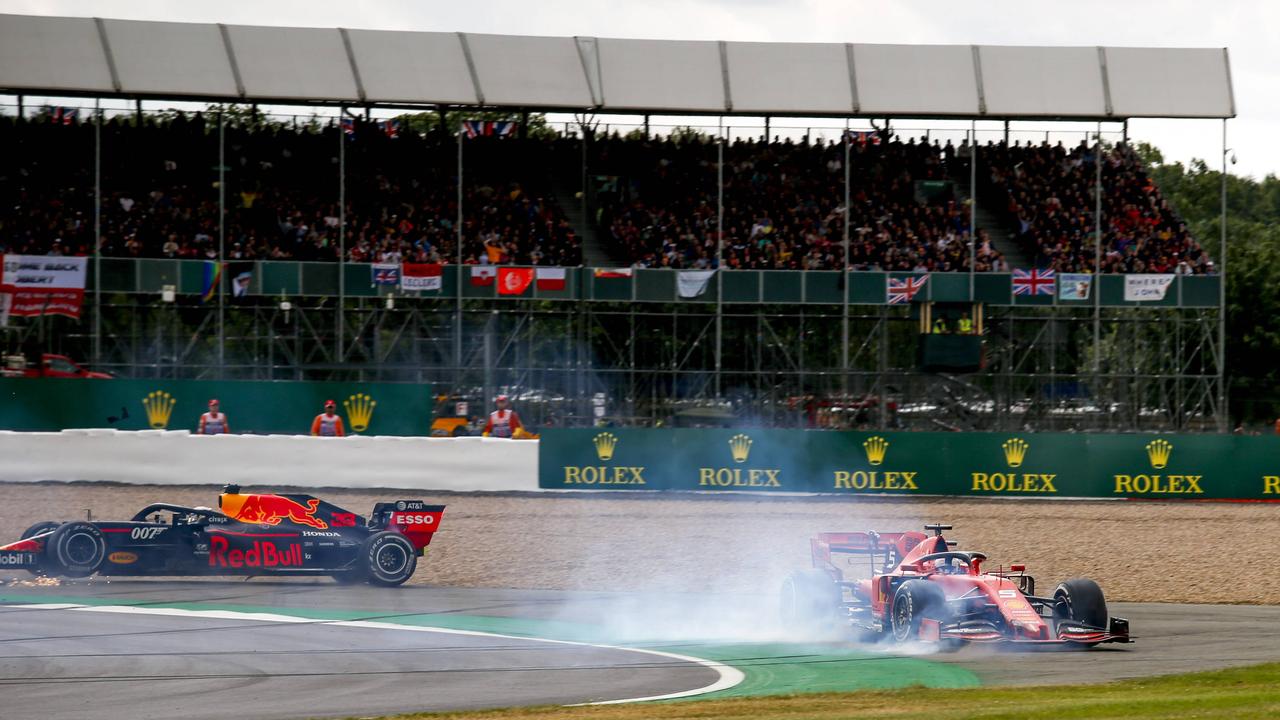 The fourth Grand Prix of the season will be held at Silverstone this weekend. Former Formula 1 driver and current sporting director of the Dutch GP in Zandvoort Jan Lammers answers five questions about the Grand Prix of Great Britain.

Verstappen has not finished on the podium in Silverstone for three years, although last year it was mainly Sebastian Vettel who drove him from behind. Will he be able to compete for the victory this year?

Jan Lammers: "It will mainly depend on whether Red Bull can solve the problem with the car. Somewhere under the skin of the car there is enormous potential, they have to try to find that."

"If Red Bull gets the leak, they can make it difficult for Mercedes. Otherwise, on this fast track, it will mainly be a battle with the cars of Racing Point."

Speaking of which: it is expected that a decision will soon be made about Renault's protest against the 'pink Mercedes'. What do you think is going to happen?

"The Racing Point soap is a veil over this weekend. It's a super complicated issue. If the FIA ​​chooses to ban Racing Point's cars, there are likely to be only 18 drivers on the grid in the upcoming races. it will take a few weeks before you have a new car ready. "

"If Racing Point is allowed to continue driving with this car, you run the risk that other small teams will also copy the cars of larger teams. AlphaTauri will then become a second Red Bull and Alfa Romeo and Haas will resemble Ferrari. you may only have four types of cars at the start: four Mercedes, six Ferraris, four Red Bulls and two Williams cars, which will choose to remain independent. "

Silverstone is characterized by the many fast corners, in today's Formula 1 cars you drive full throttle 85 percent of the time. A good idea for Mercedes?

"Lewis Hamilton has won here many times and it would be naive to think that Mercedes will not have a very good chance of coming two races here."

"Tire management is very important at Silverstone, because the track is really killing for the left front tire. If you are pushing a lot at the beginning of the race, your tire in the front left will be completely worn out and you will lose 2 or 3 seconds per round. "

"There are indeed many corners that are similar and are taken at the same speed, such as Abbey, Copse, Becketts and Maggotts. But there are three somewhat slower corners and you can save a lot of time there."

Alexander Albon was criticized early in the season for not being able to stay close to teammate Verstappen. Will the Thai be okay?

"If Red Bull succeeds in improving the car, Albon will also drive better. He is not that much slower than Verstappen."

"Under good conditions and with good equipment you will see that Albon is perhaps only two tenths slower than Verstappen. Red Bull now has a car that is difficult to drive and the class difference is even more apparent. A good driver like Verstappen can also perform well in difficult circumstances. "

Finally: three circuits were recently added to the calendar with the Nürburgring, Portimao and Imola. Do you not regret in Zandvoort that the Dutch GP has been postponed for a year?

"No, because we want to make the first Dutch Grand Prix in 35 years a big party. We can't do that without an audience."

"In addition, I suspect that the three new circuits may have received government subsidies to organize the race. We would not get that and as a result, Formula 1 would have to pay the costs to organize a race in the Netherlands. The other three races will are much cheaper in terms of costs. "