Chinanews client, July 24th, the weekend is approaching, wonderful sports events accompany you to spend weekends. As the two major domestic professional leagues, while the CBA is about to enter the playoffs, the Chinese Super League will also open this weekend. The opening match between Guangzhou Evergrande and Shanghai Shenhua is not to be missed. In the international arena, the French Cup fina... 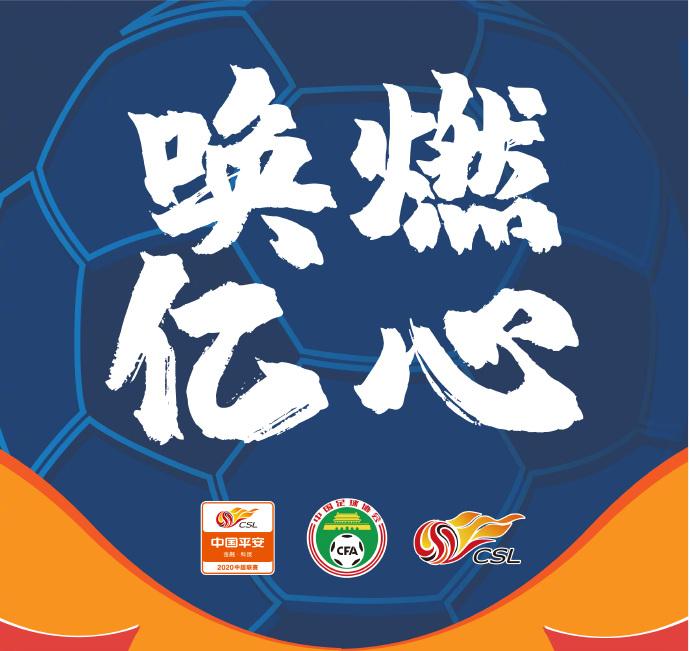 Chinanews client, July 24th, the weekend is approaching, wonderful sports events accompany you to spend weekends. As the two major domestic professional leagues, while the CBA is about to enter the playoffs, the Chinese Super League will also open this weekend. The opening match between Guangzhou Evergrande and Shanghai Shenhua is not to be missed. In the international arena, the French Cup final will be held this weekend, and a number of Chinese players will play in the Snooker World Championship qualifying.

After 237 days, the Chinese Super League finally returned. Beginning this weekend, fans will focus on Dalian and Suzhou. In the next two months, 16 Chinese Super League teams will compete in the two major divisions. Although the competition system has changed compared to the past, in this special season full of unknown factors, it has added a lot of unprecedented highlights and suspense.

This weekend, there will be a total of 7 games in the new season of the Super League. The schedule is as follows:

18:15 on the 25th Round 1 Guangzhou Evergrande: Shanghai Shenhua

18:00 on the 26th Round 1 Hebei China: Shijiazhuang Yongchang

The CBA regular season is drawing to a close, and the 12 teams that have entered the playoffs have already emerged, but the competition among the teams for a place in the playoffs has not yet ended.

The Guangdong Men's Basketball Team has achieved a record 28 consecutive victories and locked in the regular season championship in advance. But from No. 3 Beijing Shougang to No. 7 Beijing Beikong, the five teams have a very small win gap between each other, so one or two games will determine the trend of the playoffs.

19:35 on the 24th Shougang: Beijing Enterprises

Of the five major leagues this season, only Serie A still maintains championship suspense. Although Juventus missed the opportunity to reach the summit early, they still occupy the initiative in the championship.

Atalanta and Inter Milan, ranked second and third in the Serie A standings this weekend, will play in succession, of which Atlanta and AC Milan will be the focus of this round. AC Milan has been in excellent condition since the quarter-finals, ranking all the way up, and has now entered the European theater, so this game is quite interesting. While Inter Milan will be a guest at Genoa, if they lose, they may be overtaken by Lazio.

The French Cup final will also be held this weekend, Paris Saint-Germain will compete with Saint-Etienne. In addition, the Premier League is about to end, Manchester United, Chelsea, and Leicester City will compete for the Champions League qualification. Whoever wins the final round of the three teams will be able to secure a Champions League ticket.

The main match of the current Snooker World Championships will be held from July 31st to August 16th, but the qualifying matches have already started on July 21st. Chinese players such as Chen Feilong and Wu Yize will participate in the qualifying competition.

This year is the first implementation of the World Championship Qualifying Tournament after the reorganization of the lottery table. The first three rounds are 11 rounds with 6 wins and the last round is 19 rounds with 10 wins. Players with lower rankings need to play four rounds if they want to advance to the main tournament, while the 32 highest-ranked players sit in the third round and only need to win two rounds to secure a place in the main tournament.

The lottery for the qualifying breakout players will be held on July 29, when a complete lottery will be generated. Ding Junhui will face a qualifier in the first round. If he wins, he is likely to encounter idol O'Sullivan in the second round.

At present, TES still ranks first in the standings. JDG, IG, and V5 rank 2 to 4 respectively. In the next two days, JDG, FPX, iG, VG, TES and other popular teams will make their debut. Part of the game time is as follows: