Killian Mbappé will illustrate the cover of Fifa 2021

At 21, the star striker of PSG will occupy the cover of Fifa 2021, the best-selling football simulation game in the world. There had been no French player to know such an honor since 2005 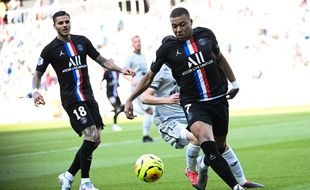 "A dream becomes reality", launches Kylian Mbappé, this Thursday on Twitter. What dream can the star striker of PSG speak of, he who has already won the World Cup? From video console. More precisely the game Fifa 2021, the best-selling football simulation in the world. The Frenchman will illustrate the international cover of the new version which will be released in September.

The 21-year-old succeeds Eden Hazard, muse of the 2020 edition, recalls Le Parisien. A French player had not received such an honor since 2005 and Patrick Vieira. But the latter then shared the bill with two other players: the Spaniard Fernando Morientes and the Ukrainian Andrei Shevchenko.