An equation with three unknowns: how will the fight between Lokomotiv, Krasnodar and CSKA end for RPL silver

The main intrigue of the last week of the outgoing season of the Russian Premier League will be the fight for silver medals and a ticket to the group stage of the Champions League. For two rounds to the end, the favorites are Lokomotiv and Krasnodar. At the same time, CSKA retained the chances of success, having scored 10 points in the last four matches. RT analyzes which team has the best chance to please its fans.

CSKA: two victories may not be enough

Before the 28th round, the wards of Viktor Goncharenko returned to the race for the medals of the Russian championship, and many experts seriously began to consider them candidates for a ticket to the group stage of the Champions League, despite a considerable lag behind the competitors. The victory in the derby with Spartak helped the team recover after a long series of setbacks. In the next two meetings, the army team got the better of “Akhmat” and “Orenburg” with a total score of 8: 0 and made fans of “Lokomotiv” and “Krasnodar” nervous.

However, the victory lost in the last minutes in the confrontation with Rubin significantly complicated the task for the army team and returned them to the position of an outsider in the battle for silver. For two rounds to the end, the gap from Lokomotiv is four points, and one from Krasnodar. But the “bulls" in stock have a postponed match with Dynamo, which will take place on July 19. Thus, at the final stretch of CSKA, you need to not only get the upper hand twice, but also hope for misfires of competitors.

A small help for the army is that in the 29th round they will meet with the railroad. In case of victory, they will not only receive precious three points, but also weaken the position of fellow countrymen. In the final round, CSKA is waiting for Tambov, which can hardly be called an impenetrable rival. In the first round, the red-blue away confidently prevailed 2-0, and at home they are also unlikely to experience difficulties. This season, Muscovites take fifth place in points scored in their field (22 in 14 matches), second only to Zenit, Rostov, Krasnodar and Lokomotiv in this indicator.

As for the derby, it’s quite difficult to say who will be the favorite. Since the 2015/16 season, teams have triumphed three times each other, and another four have split the world. Based on the fact that the red-blue did not win in Cherkizovo for more than five years (the Super Cup in 2019 was held in Nizhny Novgorod), and after victories over a principal rival, they invariably lost to him, then in the 29th round circumstances are formed against the army team.

However, recent results do not allow Lokomotiv to count on an easy walk. Under the leadership of Marko Nikolic, the railroad won only one home match out of four, and this despite the fact that opponents were not among the candidates for tickets to European competitions. Only the last place “Orenburg” was defeated, while the “Wings of the Soviets”, “Sochi” and “Ufa” managed to avoid this.

For CSKA says the form of their leaders. In summer, Nikola Vlašić demonstrates football of the highest level, which is eloquently indicated by four goals scored and one assists. Fedor Chalov, who has not left the field without a goal in his last three matches, has regained his confidence. If the duet does not reduce the requirements for itself and is equally effective at the Russian Railways Arena, it can help to reduce the backlog from red-green to a minimum. True, in the context of the struggle for silver, this is unlikely to be enough.

Lokomotiv: without the right to misfire

Despite the not very satisfactory results after the resumption of the championship, it is still difficult for the railwaymen to blame for the weak game. If only because they are not inferior in the national championship since last year.

If we rely on the statistics of the expected goals after the end of the pandemic, then they enter the top 3 by scored goals (9.98) and hold the first line by the conceded goals (4.5). Moreover, in fact, the red-green scored four goals less, but only three times allowed the opponents to distinguish themselves. As for the expected points, they are also located on the first line (12.53) and ahead of Akhmat (10.58) and even Zenit (10.46), but in reality they managed to add only 10 points to the piggy bank. For comparison, the newly made champions took 16.

All this indicates that the Nikolic team continues to demonstrate fairly high-quality football and create a large number of dangerous moments at the opponent’s goal, but is experiencing serious problems with implementation. Perhaps this is largely due to the lack of strikers, of which only Eder and Jefferson Farfan have recently recovered from a serious injury. In such conditions, the role of a scorer was tried on by Alexei Miranchuk, who scored five goals after a pause.

But such indicators can also be explained by a rather comfortable calendar. Only “Spartak”, “Ufa” and CSKA (the match with which has yet to be) can be attributed to strong opponents, while the rest are much inferior in class. The game with Ural in the decisive 30th round promises to be a serious test.

Now the “bumblebees” occupy the eighth line in the table and continue the struggle for the sixth place, which, in certain circumstances, can bring them a ticket to the Europa League qualifying tournament. Undoubtedly, for them a lot will depend on the result of the match with Arsenal in the next round, but it should not be ruled out that the Ural will be super-motivated for the final game of the season.

Nevertheless, Lokomotiv has a great chance of success. In ten meetings, the Yekaterinburg people only prevailed once, losing six times. And at home, they have not won since 2015. Three points guarantee the railroad an advantage over the army team and will allow you to count on at least bronze.

Upcoming matches: Wings of the Soviets (away), Dynamo (at home), Akhmat (at home).

On paper, Krasnodar can be considered a favorite in the race for silver. Yes, he will have to enter the field three times in eight days, but the main test will be the postponed match with Dynamo. In the remaining games of the southerners, teams from the basement of the table are waiting. And if in the 28th round they have to fight with the charged “Wings of the Soviets”, then in the final - with the “Akhmat”. By this moment, Grozny residents can already maintain a residence permit in the RPL and lose their tournament motivation.

Statistics of personal meetings with future rivals should also set Krasnodar fans in a major mood. In the last ten matches, they won seven against Wings of the Soviets, and five against Dynamo. The hardest relations were with Akhmat, a total of seven times taking points from a more eminent counterpart. Four times Grozny got the upper hand, but only once on a foreign field.

Unlike CSKA, Krasnodar does not need to count on the misfire of Lokomotiv, but only needs to take its own in confrontations with outsiders. Even in the case of an ideal performance of a competitor, two victories for the first in the history of entering the group stage of the Champions League should be enough for him. In personal meetings, the “bulls” and the railroad twice doubled the world with a score of 1: 1, but the southerners are far ahead in terms of the difference in goals scored and missed (+17 versus +10).

But minor adjustments are made by the well-known problem of Krasnodar with psychology. Earlier, black and green have repeatedly demonstrated that they are not always able to maintain concentration at key moments. In the course of last season, they also took second place, but lost points in matches with Orenburg, Dynamo and Akhmat, which predetermined the outcome of the dispute with Lokomotiv.

It is worth noting that in previous years, southerners have consistently successfully conducted the last three championship matches. Two years ago, they scored six points, and in the past showed a 100 percent result, being stronger than the Yenisei, Arsenal and Rubin. They received less than 50% of the points only in the 2016/17 season, but then Zenit became one of the opponents. 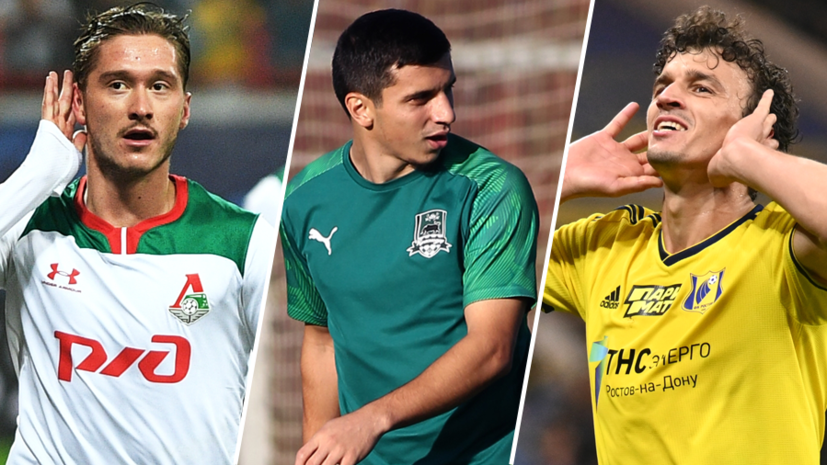 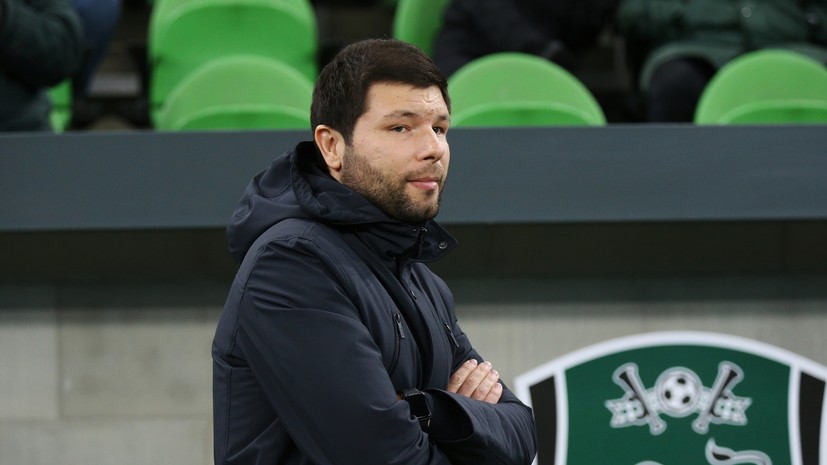 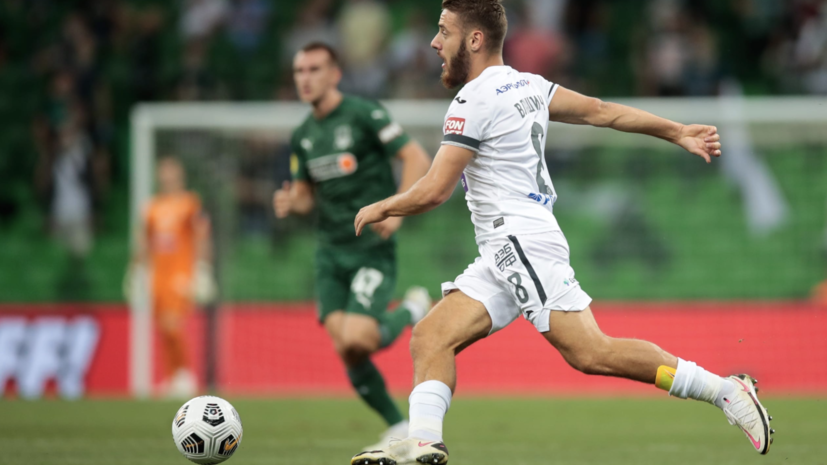 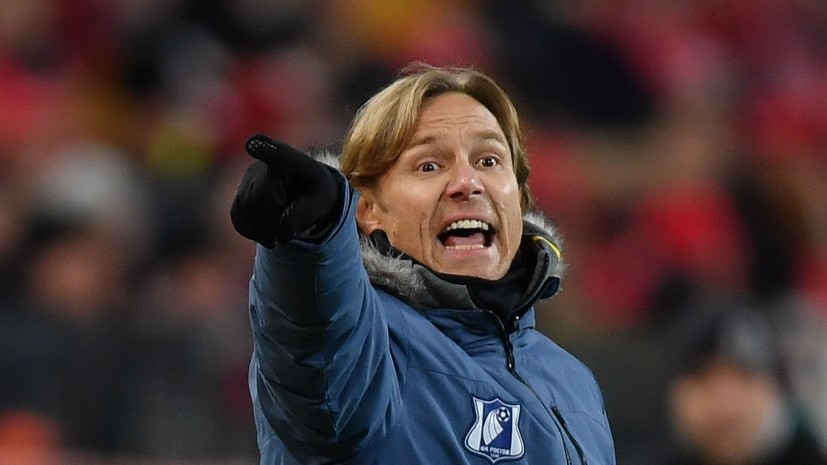 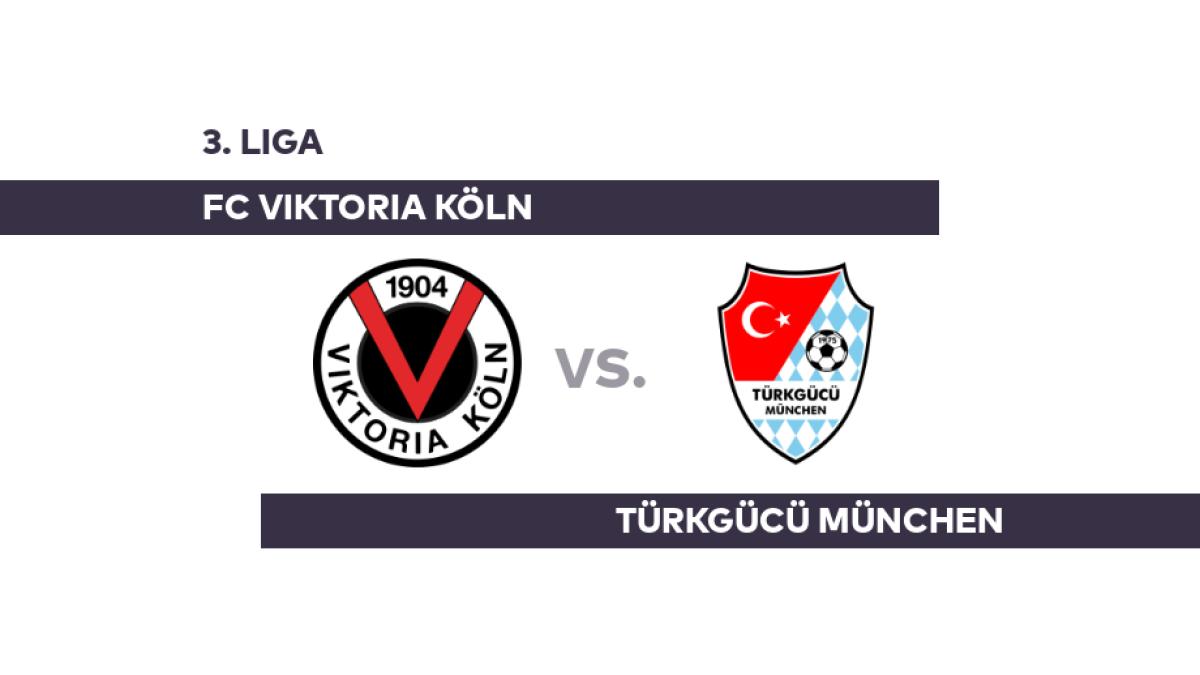 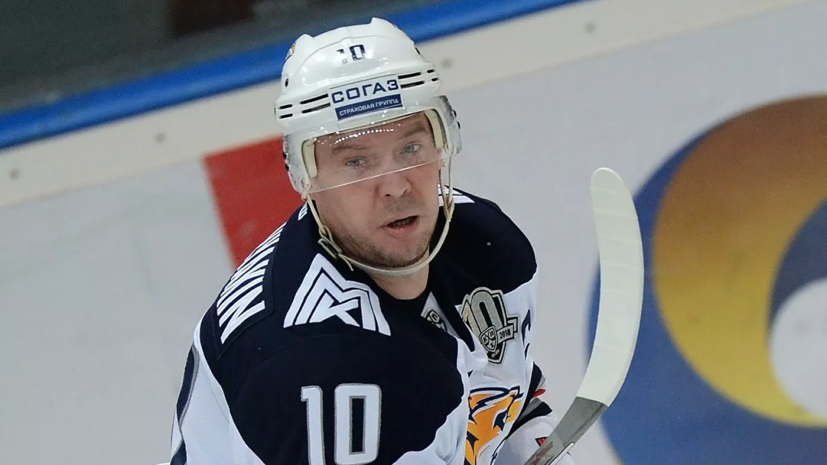 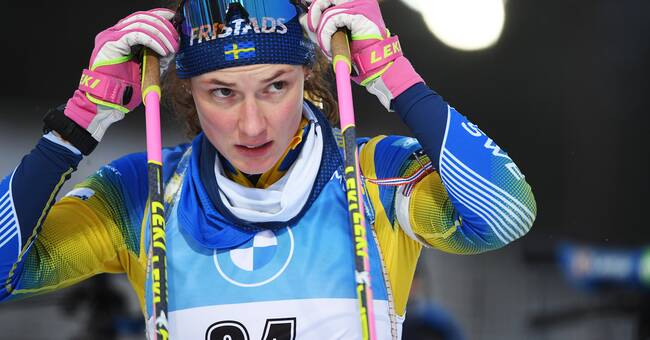 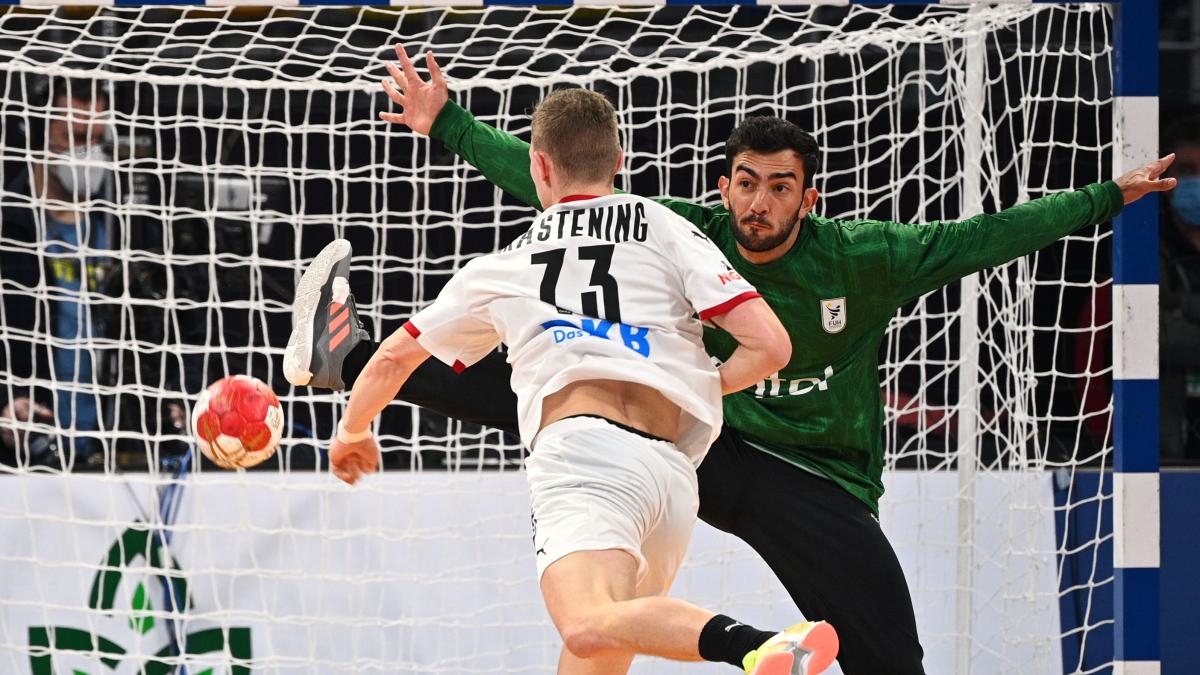 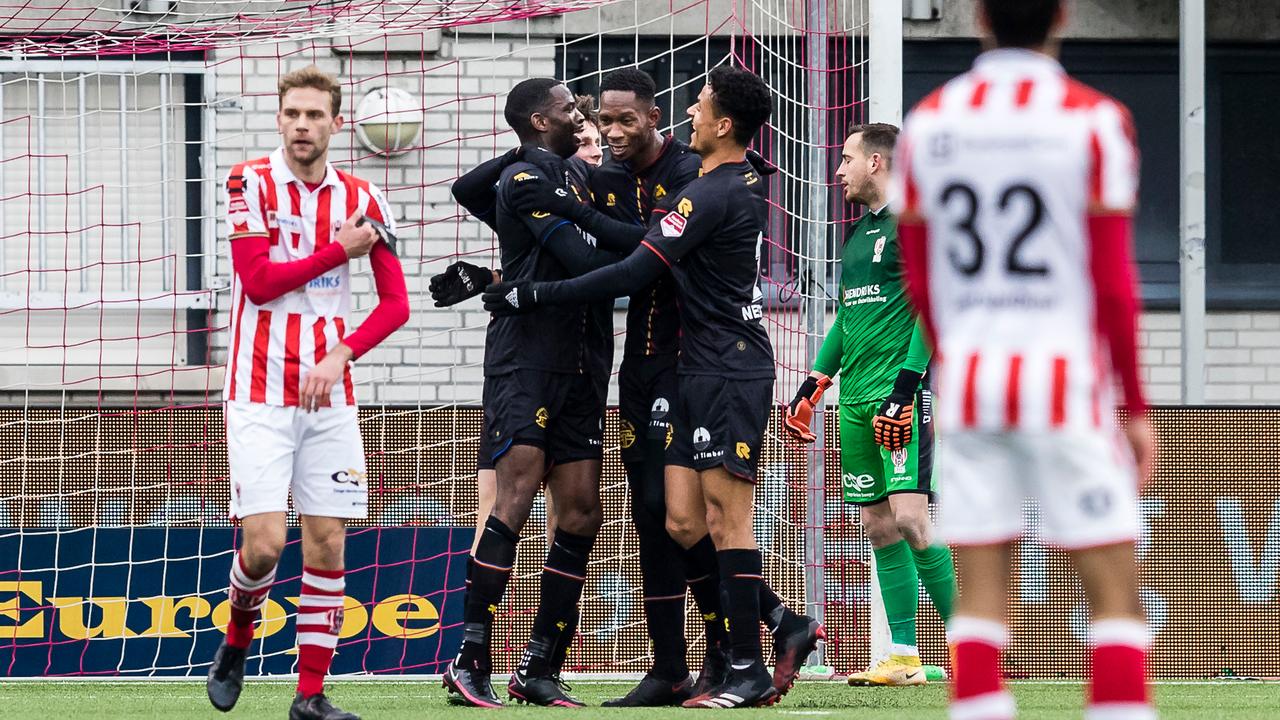