In the Austrian Spielberg, the second stage of the “Formula 1” Grand Prix of Styria took place. The victory was won by Lewis Hamilton, who won the pole position in rain qualification the day before. Valtteri Bottas is ahead of Max Verstappen in the second place dispute. Daniil Quat finished tenth. Sebastian Vettel and Charles Lecler at Ferrari retired at the very beginning of the race.

The pilots and teams did not have to travel far to the second stage of Formula 1. The next race was again to be held at the Red Bull Ring, only under the name of the Styrian Grand Prix in honor of the federal state on which the track is located. Although at first glance it might seem that this weekend would be a copy of the previous one, in reality this turned out to be completely different. On Saturday, a heavy rainfall was predicted, which could jeopardize the quiet conduct of all subsequent races.

Due to such a disappointing forecast, the pilots were announced in advance that if the qualification fails, then the starting grid will have to be formed according to the results of the second free practice on Friday. The likelihood of such a scenario was quite high, and the teams broke all plans for the weekend. Instead of testing the new items, they had to set up fireballs for combat mode in the evening.

On Friday morning, the pilots could safely work with the updates that are so necessary in the current truncated season. The protocol of the first training was led by Sergio Perez at the Racing Point and Max Verstappen at Red Bull, who were separated by only one hundredth of a second. Mercedes racers lost to them, because they did not use the fastest tires and worked on stronger trains. Ferrari never had more reasons for optimism - Sebastian Vettel closed the top ten, Charles Lecler lost two more positions to him.

The first workout was also notable for Lando Norris' stupid mistake. The pilot McLaren began to overtake Pierre Gasley, while stewards under the yellow flags evacuated the car of Nicholas Latifi, who stopped due to a gearbox breakdown. Such a maneuver cost the bronze medalist of the Austrian Grand Prix the loss of three places on the starting grid.

In the evening, there were also incidents. Daniel Riccardo got into a serious accident, taking off from the track on his Renault. The Australian even limped when he got out of the car, but in the end he was allowed to further races. When the consequences of the accident were eliminated, the riders began to fight with a stopwatch, hoping to secure the most favorable position at the start. The winner in this dispute was Verstappen, who managed to get ahead of last weekend's triumphant Valtteri Bottas. His partner Lewis Hamilton had a loss of power, and he could not rise above sixth place.

Due to the fact that the second free practice could try on the role of qualification, the atmosphere in AlphaTauri was heated. Pierre Gasley fell on his team, as he was forced to work as a slipstream for Daniil Kvyat, while he himself did not receive such an opportunity. As a result, the Frenchman showed 11th time, behind Leclair’s ninth line by only 0.05 seconds, although he could calmly play such a tiny handicap if the team decided to help him. Quat, however, remained in 12th place, having lost his best lap due to a cut turn.

On Saturday, the weather forecast began to come true. Because of the rain, it was not possible to fully conduct the Formula 3 race, interrupted after 14 laps. The third session of the free races for the pilots of the "royal race" was also in question. As a result, after several transfers, it had to be completely canceled.

Fortunately, the same did not happen with the qualifications. Although it had to be postponed for 46 minutes, the pilots still got to the start. Wet track worst fit Peres - with his pace on Friday it was impossible to assume that he would not reach even the second session. Also unlucky was Antonio Giovinazzi, who flew off the track and completed the first part of the qualification ahead of schedule for everyone.

After a short break, the problems began at Quat. The best lap for a cut turn was again canceled for him, and at the same time it was blocked by Charles Lecler. Monegask was not only unable to compete for the top ten, but also received a fine of three places on the grid. Thanks to this, the Russians who showed the 14th result at least could rise one position higher.

The qualification final was still on the wet track, so the final results could be completely unpredictable. The fight for the pole position was led by Verstappen, Hamilton and Bottas. Each of them alternately visited the intermediate first place, but the current world champion was the best. Hamilton phenomenally spent the last lap ahead of Verstappen by 1.2 seconds. Carlos Sainz unexpectedly climbed into third place on the McLaren, never before climbing so high.

For Ferrari, another qualification ended in defeat. Vettel, although he reached the final, but took the last place in it. Seven different teams at once were located on the first five rows of the starting grid, and such a variety predicted an interesting start to the Sunday race.

However, instead of the struggle between the favorites and the middle peasants for a leading position, viewers saw a real tragedy for Ferrari. Leclair tried to overtake Vettel and ran into his car. The German was left without a rear wing, and the Monegasque damaged the front with the bottom. It became impossible for both of them to continue the race, and both red cars remained in the boxes.

After the restart, Bottas took the third position from Sainz, then Alexander Albon at the Red Bull was in front of the Spaniard. Mercedes pilots showed a pace on a dry track that was superior to their rivals, but Verstappen still confidently stayed between Hamilton and Bottas. Quat, meanwhile, climbed to 12th place and soon found himself right behind Gasli, having lost all the advantage earned in qualifying.

After the first series of pit stops, the first three did not change, only Bottas received a small strategic advantage, changing tires later Hamilton and Verstappen. Albon lost them for half a minute, so the fight for the podium could escalate only in the event of force majeure. Quat one of the last drove into the pits and got the strongest rubber, hoping to get to the finish line without an extra stop. He was in 11th place and quickly entered the top ten, overtaking his partner.

The main troublemaker in the second half of the race was Perez. From the bottom of the peloton, he broke into sixth place and at the same time went around Daniel Riccardo. The Mexican even showed the best lap several times and came close to Albon ten laps before the finish. But the final attack by the pilot of the Racing Point only led to damage to the wing. Norris immediately took advantage of this, who spectacularly broke into fifth place.

Towards the end of the race, an exchange of positions on the podium took place. Bottas took advantage of his tire stock and, after several attempts, removed Verstappen from second place. Hamilton, meanwhile, quietly crossed the finish line first - for the first time in four years, he was in the top three in Spielberg. Quat retained the tenth place and earned the first point this season. 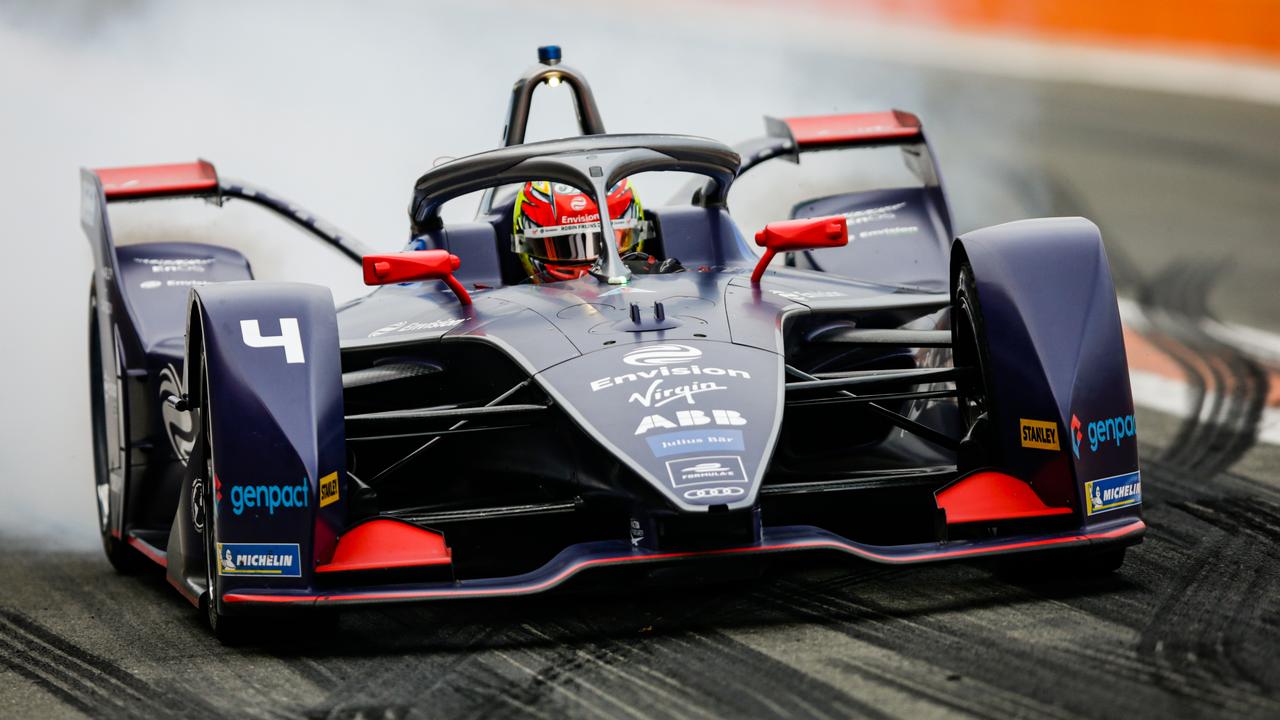