Atalanta leads after Serie A top game against Juventus

Good evening and welcome to the live blog of foreign football! My name is Jeroen van Barneveld and I will keep up to date with the games in the Premier League, Serie A and La Liga this Saturday. Foreign football LIVE: Juventus-Atalanta 0-1 Results: Liverpool-Burnley 1-1 Lazio-Sassuolo 1-2 Sheffield-Chelsea 3-0 Real Valladolid-FC Barcelona 0-1 Brighton-Manchester City 0-5 Atlético Madrid-Real Be...

Good evening and welcome to the live blog of foreign football! My name is Jeroen van Barneveld and I will keep up to date with the games in the Premier League, Serie A and La Liga this Saturday.

Peace! Atlético Madrid is still very unlucky against Real Betis. The team of trainer Diego Simeone has already seen two goals rejected by the VAR because of offside.

Kickoff! The ball rolls again in Turin for the second half of Juventus-Atalanta. Will Atalanta continue on the same, convincing footing? Or does Juventus have an answer to the flashy game of the club from Bergamo, which leads 0-1?

Raheem Sterling completes his hat-trick, but don't ask how. The attacker is already on the ground when he hits a high ball with his head and the toy rolls through the legs of the Brighton goalkeeper over the goal line.

Peace! The heart of the football fan must have jumped the football of Atalanta in the first half against Juventus. The Bergamo-squad completely plays away the Turin league-leader and leads more than deserved 0-1 through a goal by Duván Zapata. What a luxury for Orange internationals Hans Hateboer and Marten de Roon.

22 'Goal rejected! Atlético Madrid thinks it will take the lead via Angel Correa, but the VAR judges that the Argentinian attacker is offside before he finishes.

33 'A piece of art by Paulo Dybala. The Argentinian technician picks a high pass from midfield with his right from the air and immediately completes with his left. The ball goes wide, but the action alone is worth mentioning.

Atalanta makes it a great game in the first half hour and is the leader of Juventus on all fronts, culminating in the opening goal of Duván Zapata. Will the Bergamo squad, this season already the revelation of the Serie A, perform a stunt in Turin?

Brighton & Hove Albion and especially goalkeeper Ryan plays for Sinterklaas tonight. Ryan is unable to control a shot by Bernardo Silva, after which the Portuguese get a chance to miss in the second chance.

It is the evening of Raheem Sterling. The attacker is not often accurate with the head, but now he heads in his second of the evening against Brighton & Hove Albion, on a pass from Riyad Mahrez.

What a dream start for Marten de Roon with Atalanta, that Juventus is fully imposing his will and is rightfully ahead by a goal from Duván Zapata. Juventus is not involved in its own house.

18 'Matthijs de Ligt lands hard on the ground and feels directly at his shoulder. That does not look good for the Orange international. After an injury treatment he can still continue.

Atalanta ends up completely ahead of Juventus. Duván Zapata dives out of the back of Matthijs de Ligt, who is turned madly by Alejandro Gomez, and shoots rock-hard in the far corner.

12 'Atalanta takes over the initiative from Juventus and gets a free shooting opportunity via Josip Ilicic. The Slovenian aims the ball just a meter wide. Juventus does not know what to do with offensive play by the visitors.

6 'There is the first possibility of the match and it is in the name of Atalanta. Zapata cleverly walks out of the air from Matthijs de Ligt, but his header lacks strength and direction.

Peace! Manager Josep Guardiola has a big smile, as his team leads 0-2 at half-time against Brighton & Hove Albion thanks to goals from attackers Raheem Sterling and Gabriel Jesus.

Kickoff! The ball rolls in Turin. The top game in Serie A between Juventus and Atalanta has started.

Manchester City already closes the game before half-time. Rodri extends a corner and Gabriel Jesús simply works in at the second post. Davy Pröpper must prevent a downfall with Brighton.

Robin Gosens, former player of Heracles Almelo and FC Dordrecht, has been injured in the warm-up of Atalanta and does not participate in the top match with Juventus. The Belgian Timothy Castagne takes his place.

This is the position in the top of the Serie A prior to Juventus-Atalanta:

37 'Riyad Mahrez fails to hand out the final blow to Birghton. Up close, the left-footed right-winger slides the ball just past the wrong side of the post.

Matthijs de Ligt has already arrived at the Allianz Stadium for the top of Juventus with Atalanta. The defender returns from suspension in Turin.

AS Roma books simple victory at Brescia
AS Roma makes no mistake in the battle for a ticket to the group stage of the Europa League. The Romans won 0-3 against low-flyer Brescia. All goals are scored after half-time. Justin Kluivert is on the bench with the number five of Serie A the entire game.

FC Barcelona narrowly wins at Real Valladolid
FC Barcelona booked a stuffy victory at Real Valladolid. The team of the teased trainer Quique Setién wins 0-1 against the number fourteen of La Liga by a hit by Arturo Vidal in the first half. Thanks to the victory, Real Madrid cannot become a champion of Spain on Monday. Only if FC Barcelona did not win that was the case.

90 'FC Barcelona goalkeeper Marc-André ter Stegen must be used to defend FC Barcelona's lead. The goalkeeper saves in the short corner on a shot by Sandro Ramirez. Another four minutes of injury time in Valladolid.

It is already a hit for Manchester City. The visitors put a gear on the ball in the half of Brighton, after which the ball comes in front of Raheem Sterling. The attacker does not change his mind for a moment and curls the ball beautifully in the far corner.

It's one-way traffic to the Brighton & Hove Albion goalkeeper in the first 15 minutes, but Manchester City has yet to target the coastal residents' target. Manager Josep Guardiola's team will have to be patient to demolish the blue and white wall.

Atlético Madrid can qualify for a Champions League win at Real Betis tonight. These men have to do it for trainer Diego Simeone from 22:00 tonight.

Over and close for Brescia against AS Roma. The Romans lift the margin to three thanks to a goal from Nicolo Zaniolo, his first injury injury in a long time.

We have to wait for Lionel Messi to touch his magic wand again, as FC Barcelona bakes very little in the second half against Real Valladolid. The home team even gets some opportunities on the equalizer, because the Catalans are fumbling in the already vulnerable defense.

Kickoff!  Manchester City has started the away match against Brighton & Hove Albion. Although little is at stake in this game, manager Josep Guardiola chooses his strongest starting eleven.

De Roon and Hateboer meet De Ligt
At Atalanta, Orange internationals Marten de Roon and Hans Hateboer naturally form the basis for the top game with the Juventus by Matthijs de Ligt. The Orange internationals are now important pawns in the unbeatable army from Bergamo, which has already won nine league games in a row and therefore has second place in Serie A in its sights. Line-

AS Roma seems to be able to taste the sweetness of the victory. Nikola Kalinic completes a great cross-pass from FC Barcelona's hired midfielder Carles Perez, doubling the score in Brescia.

Manchester City manager Josep Guardiola recently said that he found his team far too hit and miss, so after the whirlwind performance against Newcastle United (5-0) on Wednesday, the question is what his players put on the mat today. In less than ten minutes the ball will roll in the Amex Stadium at Brighton & Hove Albion-Manchester City.

De Ligt base customer at Juve for topper with Atalanta
Matthijs de Ligt returns to the base of Juventus after the suspension for the topper with Atalanta. The twenty-year-old defender forms a couple in the center with captain Leonardo Bonucci. Juventus can increase the hole with the runner-up after the defeat of Lazio Roma to ten points, although Atalanta in turn can take over second place if it beats the leader.

There it is finally hit for AS Roma. Defender Federico Fazio luckily gets the ball in front of his feet from a corner and takes it out effectively.

Kickoff! With Luis Suárez on the field, FC Barcelona have started the second half of the game with Real Valladolid. The Uruguayan takes the place of Antoine Griezmann, who can take a shower in Valladolid after a dramatic first half. Trainer Quique Setién has no mercy for the troubled Frenchman.

Peace! AS Roma hands out the sheets, but scoring remains a persistent problem with the Romans. And so, the score is still 0-0 in the game with Brescia. Will Justin Kluivert come in after half-time to force the opening goal?

Peace! Trainer Quique Setién can finally sit quietly on the bench at FC Barcelona. After a convincing performance in the first half, the Catalans lead 0-1 at low-flyer Real Valladolid, thanks to a goal from Arturo Vidal. Profit is necessary for FC Barcelona to not allow Real Madrid to be crowned champion on Monday.

Chelsea is food for psychologists: winning against Manchester City but losing big against Sheffield United. Marcos Alonso also gets a headache.

Over and close for Chelsea, which may lose third place to Leicester City or Manchester United this weekend. David McGoldrick has not yet scored in the Premier League and suddenly does that twice tonight. Again, the 32-year-old striker shoots the ball up close against the ropes. An expensive evening for manager Frank Lampard and associates.

Manchester City is almost certain of second place in the Premier League and is therefore slowly warming up for the remainder of the Champions League, which is scheduled for August. Manager Josep Guardiola therefore spares no one for the game with Brighton & Hove Albion, where Orange-international Davy Pröpper will kick off from 9 p.m. 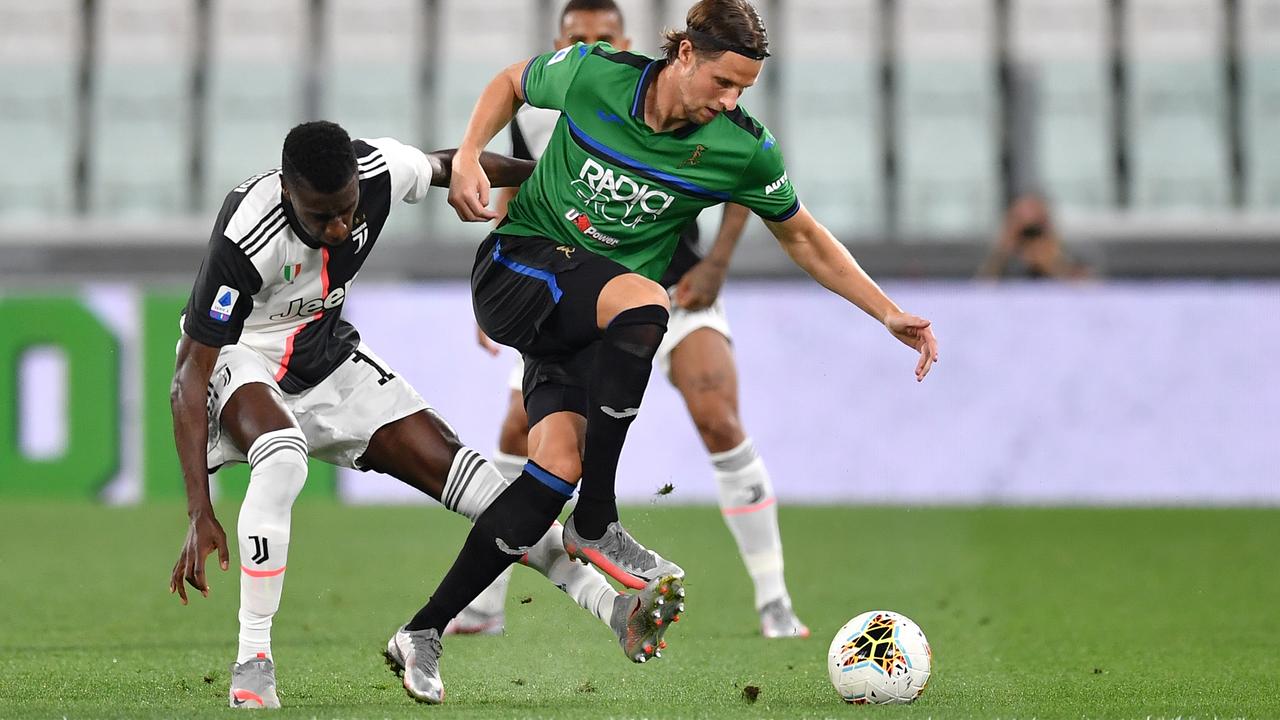 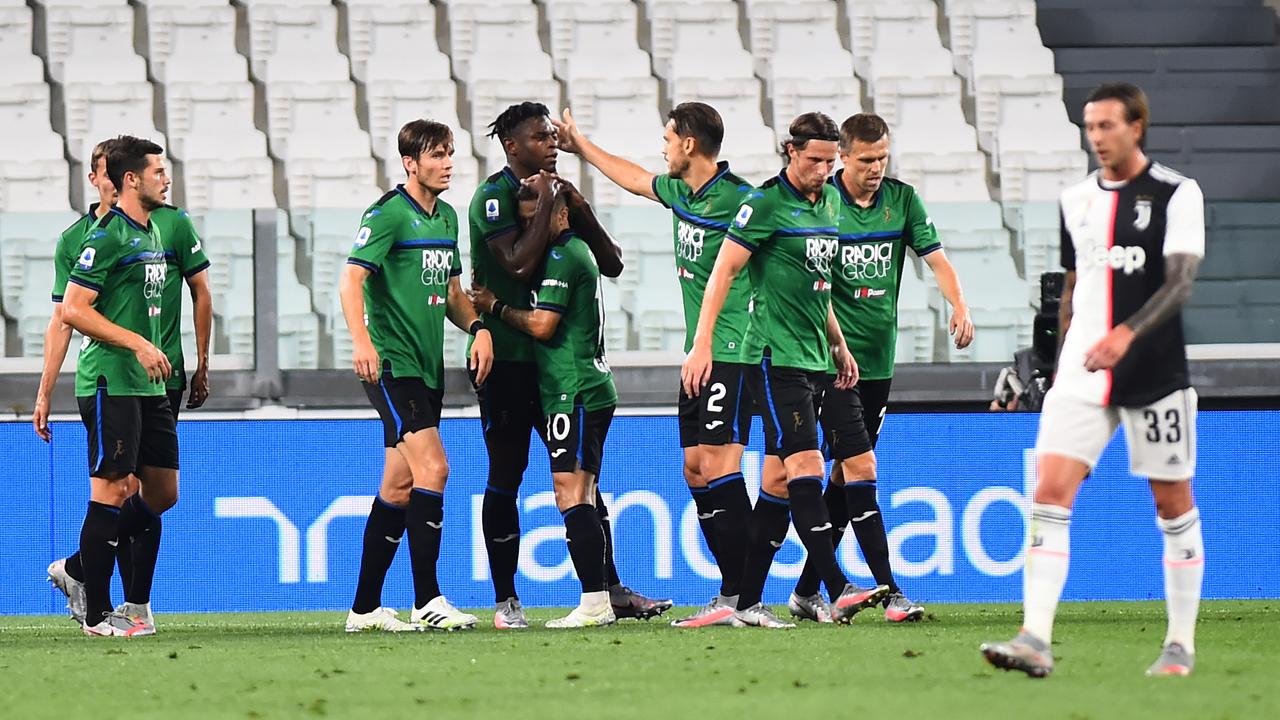 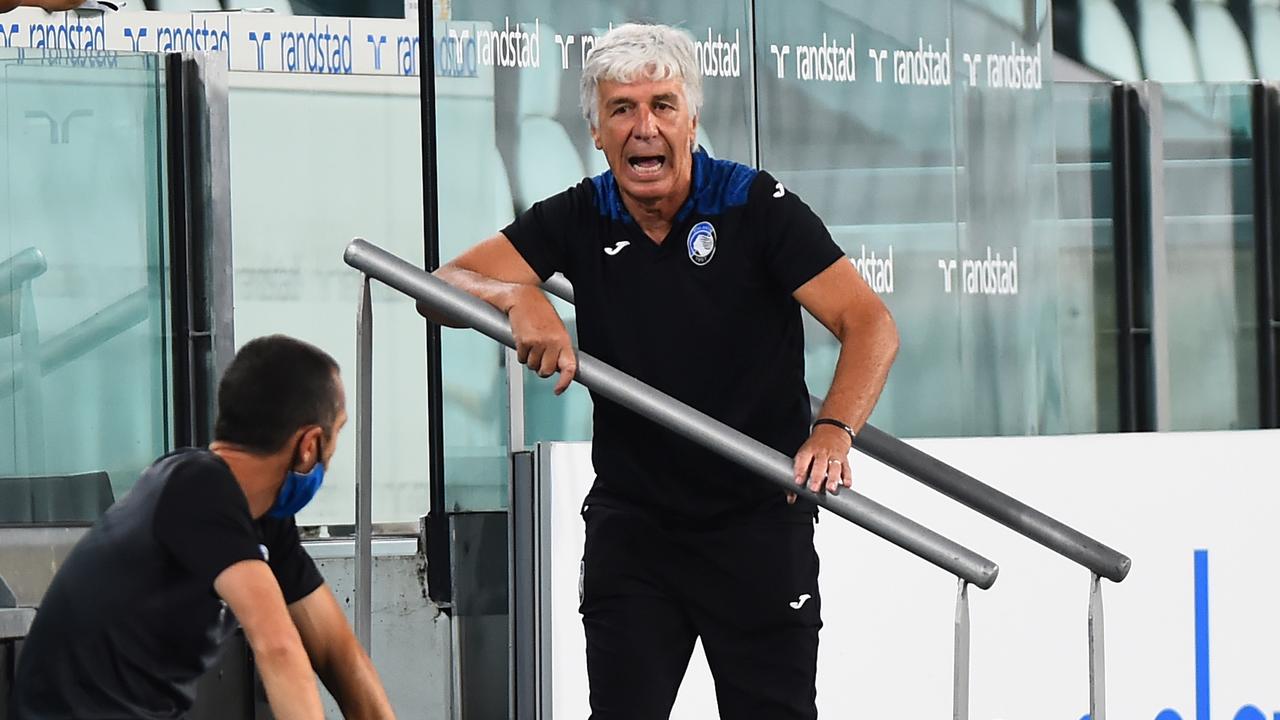 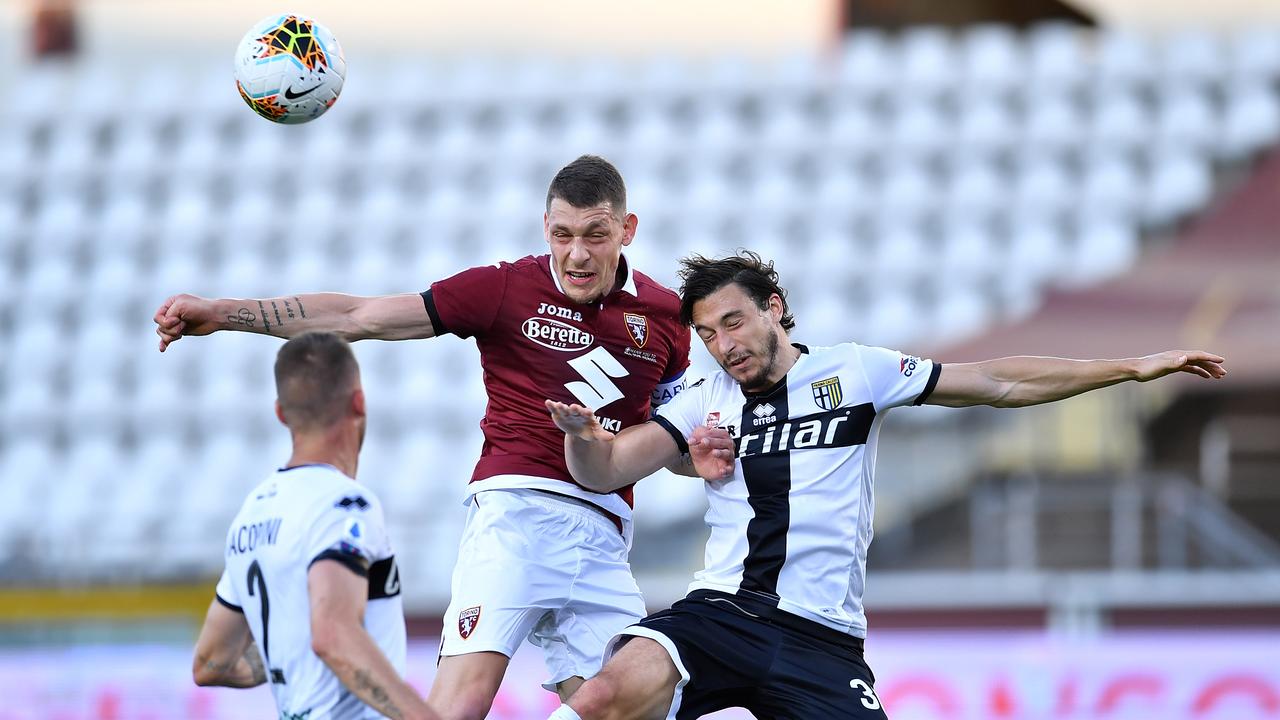 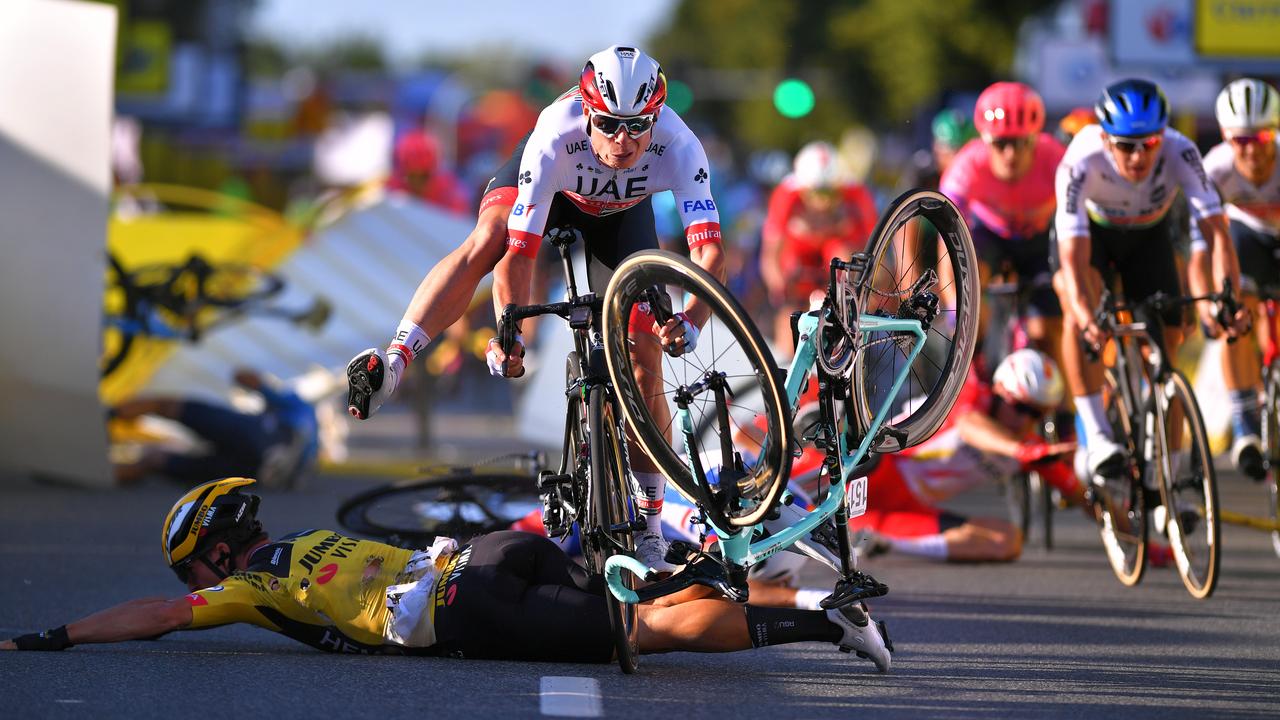 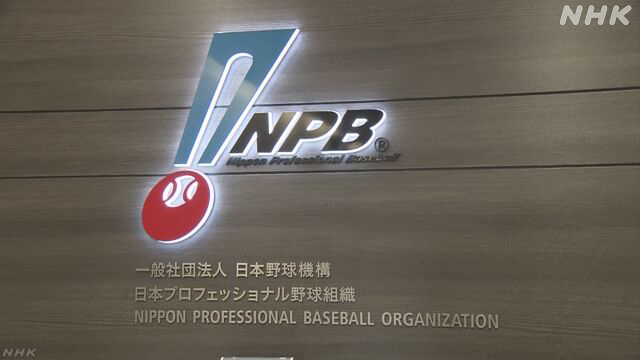