“This award is deserved and justified”: Tutberidze and Kostornaya received the ice Oscar

Russians Eteri Tutberidze and Alyona Kostornaya won the first ISU Skating Awards in the history of figure skating. A well-known specialist was recognized as the best coach of the past season, and the European champion - “Best Newcomer”. In this nomination, she was ahead of another Russian woman, Alexander Trusov. Evgenia Medvedeva and Anna Shcherbakova were also among the nominees, but could not take first places.

“When the season started, I had no idea what I could achieve”

The ISU Skating Awards were awaited by fans with great interest. Initially, the first ever Ice Oscar was to take place after the end of the Montreal World Cup in March, but the coronavirus pandemic made adjustments to these plans.

However, they did not begin to cancel the ceremony and moved it to July. However, it took place in an online format. The jury, consisting of six people representing the countries that made the greatest contribution to the development of figure skating (Russia was represented by Tatyana Navka), was to determine the winners in six out of seven nominations. And the fate of the nomination “For achievements in sports” was decided directly at ISU.

At the same time, the Russians claimed victory in four categories. However, many fans were unsatisfied with the fact that Olympic champion Alina Zagitova, who had suspended her career, did not get on the short lists.

As a result, domestic representatives managed to become the first in two categories at once. Eteri Tutberidze was predictably recognized as the best coach at the end of the season, whose pupils won almost all international tournaments last season. She was ahead of mentor Eugenia Medvedeva Brian Orser and coach Nathan Chen Rafael Harutyunyan.

“First of all, I want to say that it is a great honor for me to be a nominee in the category“ Best Trainer ”. Our work is very difficult. Sometimes we have to be trainers, friends, teachers. Of course, we are happy when students achieve the highest results. Sometimes this is expected, sometimes it comes as a surprise. The other two coaches are very respected, I want to wish them all the best, ”said Tutberidze.

The wards of the Russian specialist in a special video message spoke warmly about Eteri Georgievna. So, Alena Kostornaya called her "the best trainer in the whole world." And Anna Shcherbakova emphasized that Tutberidze helps her athletes achieve high results in international competitions. In her Instagram account, she congratulated the specialist and Zagitov.

Meanwhile, in the nomination “Best rookie of the season”, ward Tutberidze Kostornaya competed with her former figure skater Alexandra Trusova, who in the spring moved to the group of Evgeni Plushenko. On the side of Alena were the gold medals of the European Championship and first place in the Grand Prix finals. Kostornaya could brag of four successfully executed quadruple jumps in the framework of international competitions.

As a result, the victory was nevertheless awarded to Kostornaya, who admitted that even the fact of getting into the top three nominees gave her additional motivation.

“When I started the season, I had no idea what I could achieve. Tried to always perform as best as possible. Figure skating is not only about jumping, viewers should enjoy what they see. I am proud and happy that I won this award, ”Kostornaya said after receiving the Skating Awards.

But Medvedev and Anna Shcherbakova were left without awards. The first fought for the victory in the nomination “Best Program” with their own “Memoirs of a Geisha”, and the second - “Best Costume” with the free program “Firebird”.

As a result, the French were beaten by the French Gabriella Papadakis and Guillaume Sizeron with their rhythm dance.

“I must say that I’ve been preparing for this program for two years. In order to make sure that she is ready for her mentally. I felt in life all those emotions that I have to show in the program. This is the first program in which I have invested so much soul. I like this program. I am grateful to all the coaches and the incredible She-Lynn Bourne, ”Medvedeva quotes R-Sport.

And Scherbakova lost to the American couple Madison Chock and Evan Bates.

“When the coaches proposed a dress that changes color, it came as a surprise to me, it was exciting. I think the dress helps to reveal my character better. In the middle of the program, the music was changing, and I tried to completely change my emotions. The dress became brighter, ”said Shcherbakova during the ceremony.

In other categories, Russians were not represented. Two-time Olympic champion Yuzuru Hanyu, ahead of Chen, was expected to be recognized as the most valuable skater.

The best choreographer was recognized by the representative of Canada, She-Lynn Bourne, who put on the programs of Medvedeva and Elizaveta Tuktamysheva last season. The award for outstanding achievements in figure skating went to four-time world champion Kurt Browning.

“Tutberidze has been working sensationally for many years”

The victory of the Russians in two Skating Awards at once was met calmly at home. Many experts admitted that they were confident in the final success of Tutberidze and Kostornaya. In particular, this opinion was expressed by the famous trainer Tatyana Tarasova.

“Tutberidze has worked sensationally for many years and makes a huge contribution to women's single skating. Her girls were the first in the world to execute programs with technical elements, the complexity of which is on a par with men's. She has a very serious group, big intentions, and we see that she also has spare ones at the junior level. With all other things being equal, Tutberidze stands out for being the discoverer of this path that leads us into "space". Multi-turn jumps are already there and will always be now, because this wall has been broken, ”TASS quoted TASS.

As for the decision of the jury members to award Kostornaya, and not Trusova, a victory in the Rookie of the Season nomination, the coach advised to pay attention to the results of the girls.

“They are both phenomenal girls, Alyona’s skating was generally impeccable, Sasha was famous for her free program, but she didn’t skate it purely, unlike Alyona. She did not have four jumps, but there was a triple axel. She won, and Sasha remained the third, so it was clear that they would choose Alena, ”Tarasova added.

A similar point of view was expressed by the famous choreographer Ilya Averbukh, who recalled that Kostornaya was ahead of Trusova in all international tournaments. But Tutberidze, in his words, “made a real revolution.”

“Objectively, this award is well-deserved and justified,” he emphasized.

Plushenko also congratulated his colleague on the victory, to whom Trusova left Tutberidze in the spring.

“I think Tutberidze is worthy of victory - she proved herself to be a specialist in the highest coaching level. But, since this team positions itself as Tutberidze tim, he would give the figure-skating Oscar to the whole team, ”the coach emphasized.

At the same time, Plushenko was unsatisfied with the fact that Trusova did not get the award. In his opinion, she deserved to win a large number of different quadruple jumps.

“I think it's stupid. These are the costs of the fact that the ISU Skating Awards project itself is still new. I think it will be finalized and they will listen to me. I am talking about the nomination that would exist for people moving figure skating forward. I don’t even argue that Kostornaya deservedly won the Best Newcomer Award. The question is not this, but that a new nomination was needed. I hope she will appear next year, ”the specialist added.

Remained surprised Plushenko and the Browning victory. The choice of organizers in this nomination seemed “strange” to him. In particular, he said that three-time Olympic champion Irina Rodnina could well claim the award.

“Indeed, legends that won the Olympics more than once and not twice must still claim such a nomination. And there are such. But since the event is held overseas, you also need to pull your own. Therefore, I understand everything. But this is a test story, the first Oscar in figure skating. We need to develop this story, but approach it a little more responsibly and more fairly in many details, ”Plushenko said.

Rodnina thanked the coach for the kind words addressed to her, but admitted that for her not inclusion in the list of nominees did not become a tragedy.

The Olympic champion Alexei Yagudin criticized the ceremony. According to him, first of all, sports achievements are important for skaters, and awards from ISU will always go by the wayside for them. In addition, Yagudin was unsatisfied with the absence of Zagitova’s nominees.

“In short, the bonus is about nothing, nonsense. If in detail, then I would not attach any importance to the ISU award. I highly doubt that it is in figure skating that the ISU award will become the analogue of the Golden Ball in football. And complete nonsense, it is nonsense that Alina Zagitova is not in the “Most Valuable Skater” category, ”Yagudin wrote on Instagram. 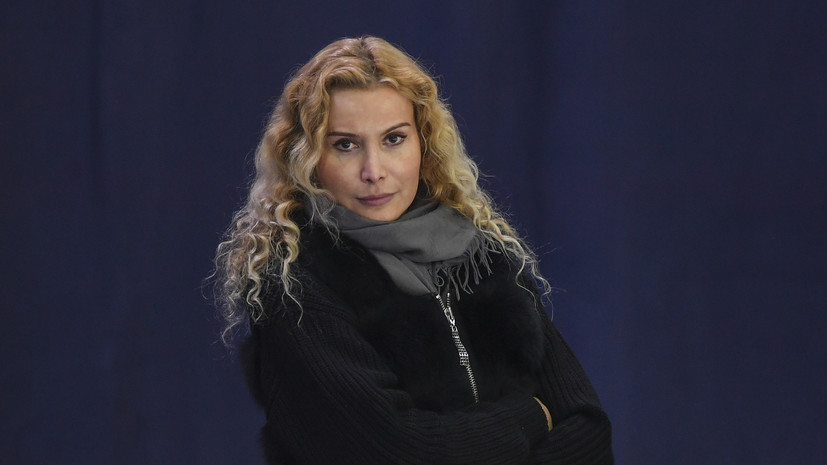 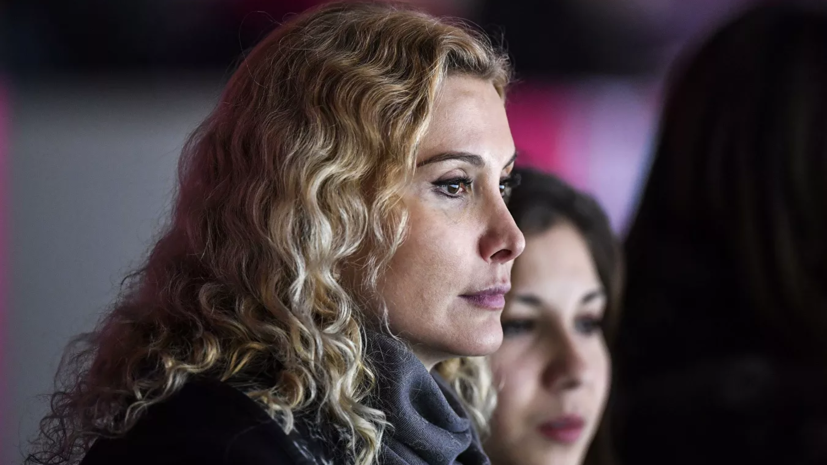 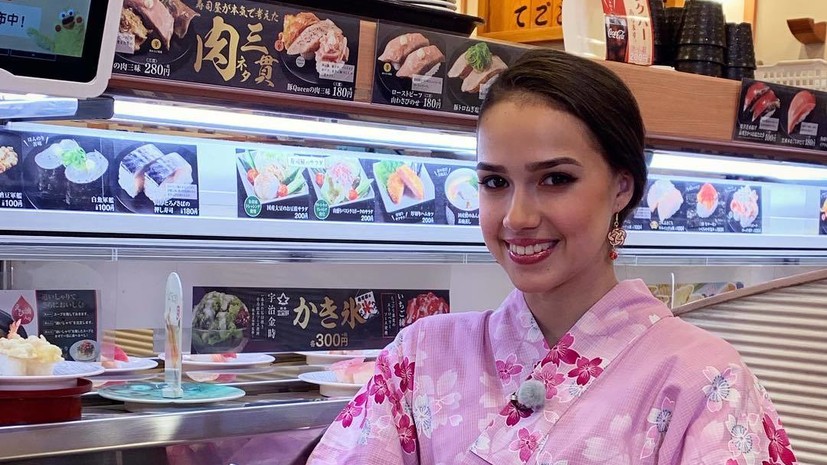 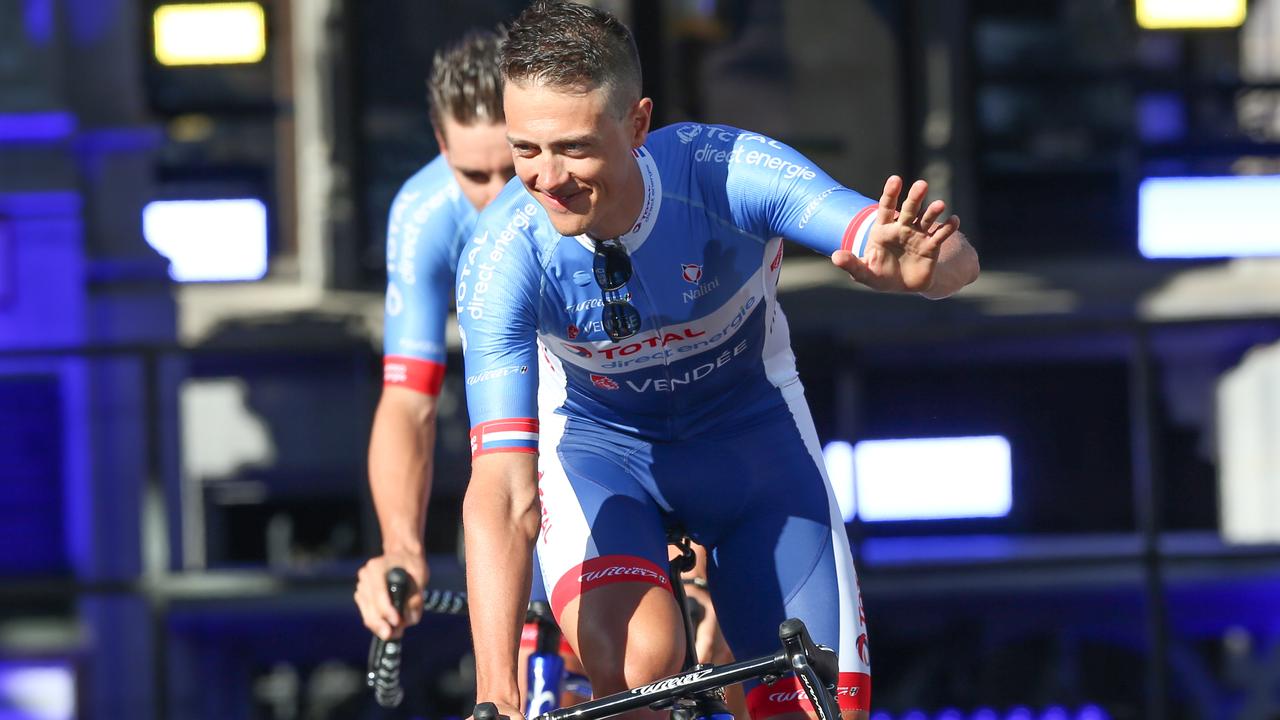 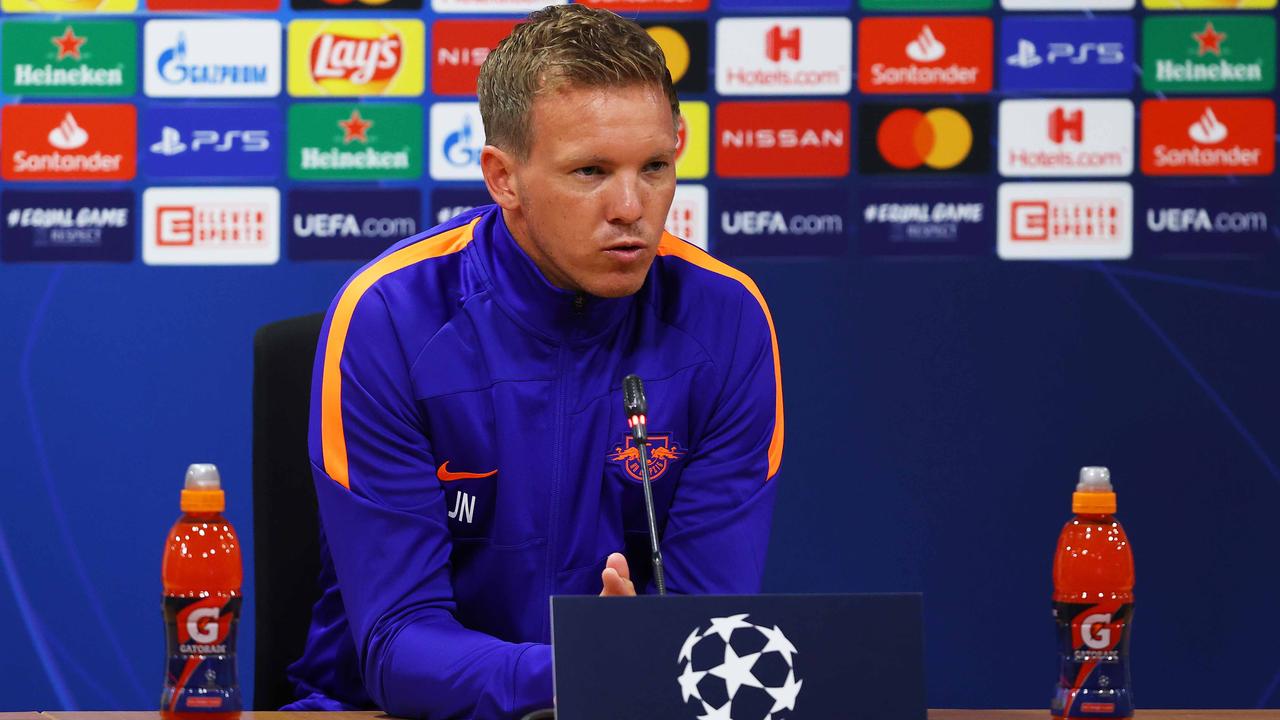 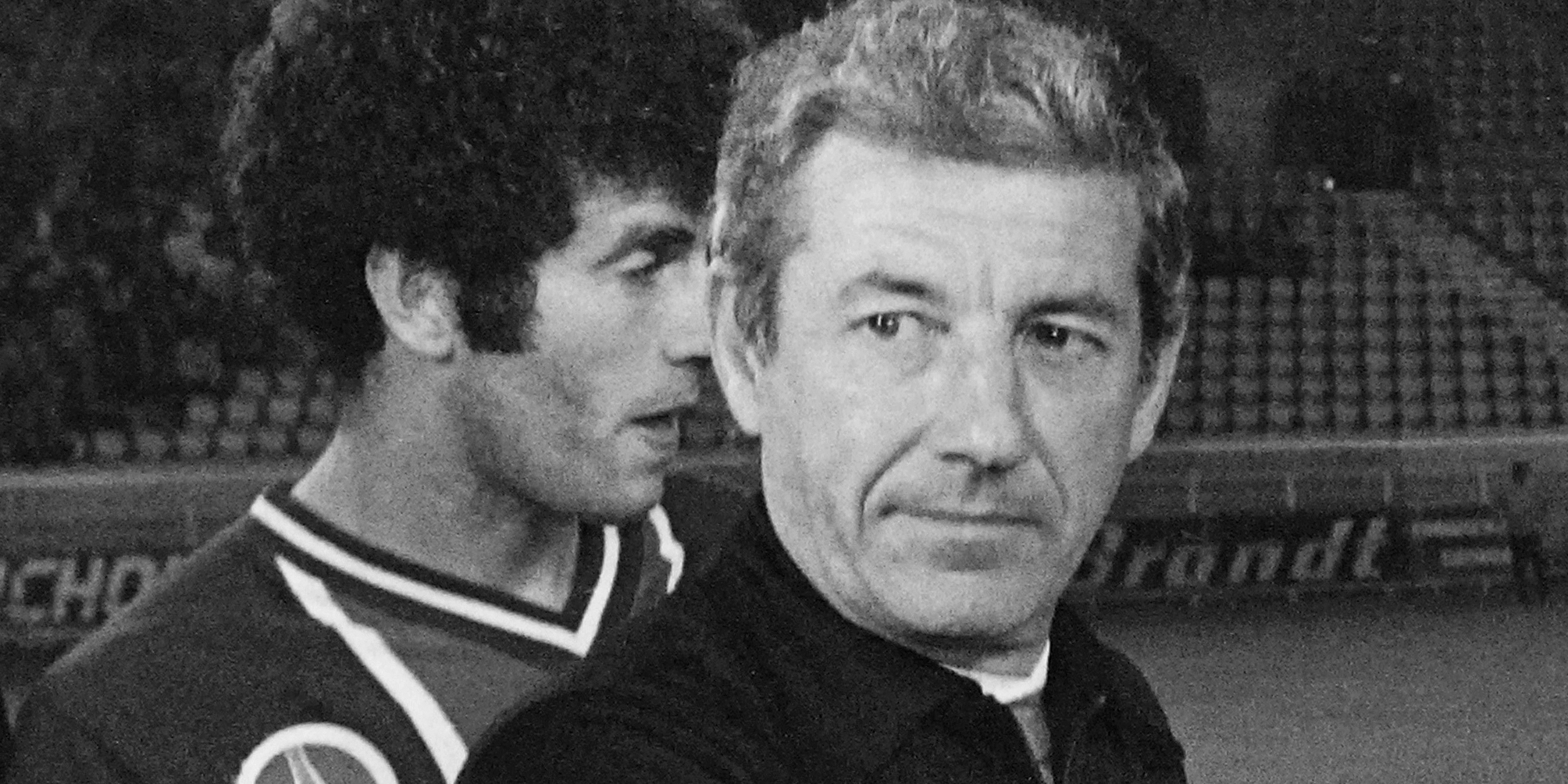