South and Moscow derby, the pursuit of Dynamo and Ufa for CSKA and the dry Lokomotiv series: the main intrigues of the 25th round of the RPL

“Krasnodar” for the first time after a three-month pause and two rounds of inaction will hold an official match. The home meeting of the wards of Murad Musaev with Rostov will be one of the key in the fight for the RPL medals. Lokomotiv in the game with Wings of the Soviets will try to extend its winning streak. And “Spartak”, “Dynamo” and “Ufa” in case of victories over the reporting opponents will be able to join the race for trips to the Europa League.

In what condition will appear "Krasnodar"

Despite the fact that the 25th round of the Russian championship will be the third after a pause associated with the coronavirus pandemic, Krasnodar will enter the field for the first time. Two previous meetings of the wards of Murad Musaev were disrupted due to local outbreaks of the disease in Dynamo and Orenburg. Moreover, in the latter case, the southerners got three points without a fight, since the opponent was awarded a technical defeat.

Moreover, a few days ago it seemed that Krasnodar would not play for the third time, since their next rival Rostov had to send their youth squad to the game with Sochi recently due to the same problems with coronavirus. But the wards of Valery Karpin already managed to get permission from Rospotrebnadzor to play the base with Arsenal last weekend and, thanks to the victory over him, they continued to fight for the medals of the Russian Championship and a ticket to the Champions League.

It is for this reason that the southern derby will become the central match of the tour. In case of victory, Rostov will catch up with their rivals on points and will be higher in additional indicators. Accordingly, Krasnodar to keep in the top three is not enough to lose.

The intrigue of the upcoming meeting is added by the figure of Pavel Mamaev, who, after being released from prison, Krasnodar released to Rostov. The midfielder fit in well with the new team and managed to score two goals in two matches, one of them at the gate of his former club CSKA. Now he has to enter the field against another last team.

Will Lokomotiv pass the first ball under Nikolic?

The fans of Lokomotiv, who were worried about the fate of the team entrusted to Marco Nikolic, have no reason to worry. The specialist who replaced the titled Yuri Semin led the railroad to two dry victories, thanks to which Marinato Guillerme became the first goalkeeper of foreign origin who did not miss in the RPL 100 matches.

On the first day of July, Lokomotiv will host Wings of the Soviets, which take the last place in the standings. Before the 25th round, the Samara team are one point behind Orenburg, which is counted as a technical defeat for Krasnodar.

“Wings” are in such a difficult position that between the rounds they decided on a coaching change. Miodrag Bozovic was replaced by Andrei Talalaev, who for the second time will try to save the RPL team from relegation. In the season 2013/14, he already unsuccessfully tried to keep the Nizhny Novgorod Volga in the top division, also taking over at the very end of the season.

This time, Talalayev will have at his disposal a team that has not yet hopelessly lagged behind its competitors and whose potential allows you to feel comfortable in the bottom half of the standings. The new head coach of Volzhans will have a difficult debut, but he has at his disposal Maxim Glushenkov, who managed to distinguish himself in two matches after a pause. In total, “Wings” scored three times in matches with “Akhmat” and “Zenith”, which is quite good for an outsider fighting for survival. By the way, Lokomotiv upset rivals below the class as many times.

Will Spartak come closer to CSKA after the Moscow derby

The Moscow derby between CSKA and Spartak will be held with less excitement than usual. Fans will not be able to completely fill the stands of the VEB Arena, and there will be no hot support in the guest sector of the stadium. However, for both teams this match will be perhaps the most important of all remaining in this draw of the Russian championship.

CSKA resumed the season extremely unsuccessfully. The devastating defeat from Zenit was followed by a goalless draw with Dynamo, to which the current red-blue coach Viktor Goncharenko was not involved - he watched the game from the stands, while his assistant Sergey Ovchinnikov led the team. Now the Belarusian specialist has returned to managing the team, but the way the players reacted to his throwing remains a mystery, the answer to which may be given just by the match with Spartak.

Despite all the problems, CSKA is still in fifth place in the standings and remains a contender for the Europa League, while red and white still need to win five points in order to gain the same status. To achieve this, “Spartak” with a high degree of probability will have to return to the game with the first number, as the army team is now in no position to seek happiness at the gates of others. Under the leadership of Domenico Tedesco, the team prefers to show itself in counterattacks, but the state in which CSKA is in place can easily ruin the game plan for guests.

Will the fight for the Europa League behind Spartak escalate

Misfires of Spartak will be awaited immediately by two teams that claim sixth place at the end of the season and wish Zenit victory in the Cup of Russia. “Dynamo” and “Ufa” behind the red and white just one point, and wards of Cyril Novikov at the same time have a game with “Krasnodar” in reserve.

In the 25th round, Dynamo will leave for Sochi. Over the past three days, Muscovites did not have new cases of coronavirus infection, so the team will be able to play the main squad at Fisht Stadium. In their first match after a pause, the blue and white could not print the goal of CSKA, and this gives some hope to the Black Sea club, which has already gone five points from the relegation zone.

Among the applicants for European competitions for six rounds before the end of the season, Ufa is also listed. Vadim Evseev managed to build exemplary defense in the team - less than Zenit missed less this season. It was with a zero draw that the win-win series of the Bashkir club began with him, which already has four matches.

The Ufa team was lucky with the rival in the 25th round - they will take the team that is the worst attacker in the current RPL. The Rubin did not have time to rejoice in the victorious return after quarantine, when he immediately lost to Lokomotiv in its field. Although the team of Leonid Slutsky has a certain margin, which allows us not to think about a flight to the FNL, it will be extremely difficult for the Kazan team to improve their position due to Ufa fighting for the Europa League.

How Wilkov will work at the Zenit match

In the 25th round, the first match after the break will be held by judge Mikhail Vilkov. Due to the fact that the RPL allowed the referees to work in their hometowns, he will be able to enter the field in Nizhny Novgorod in the Tambov match, whose rival will be the undisputed leader of the championship.

Last time, when Vilkov was involved in a game with the participation of Petersburgers, one of the biggest scandals of the season occurred. CSKA, who played a draw with Zenit, was dissatisfied with his work in the meeting of the 15th round. Then the Nizhny Novgorod referee made a number of mistakes, which caused criticism not only from the army club, but also from RFU President Alexander Dyukov.

Now Vilkov, whom some fans accuse of a special attitude to Zenit, will again judge the match with the participation of the team. Since the last meeting, wards of Sergei Semak far ahead of all his pursuers and extended the unbeaten run to 13 matches. Petersburgers will be able to win over Tambov, so in the controversial episodes of this meeting Vilkov will not need to spare the guests - they will have to take their three points in the classroom, not paying attention to the efforts of Tambov residents to avoid a third defeat in a row from the moment the season resumes . 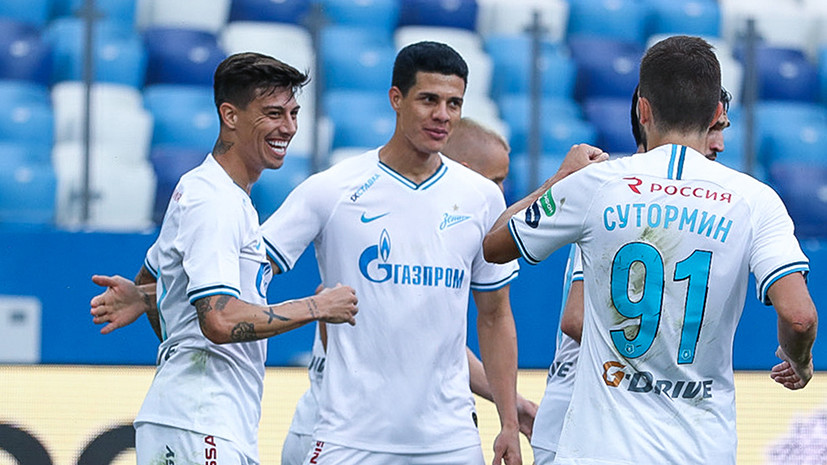 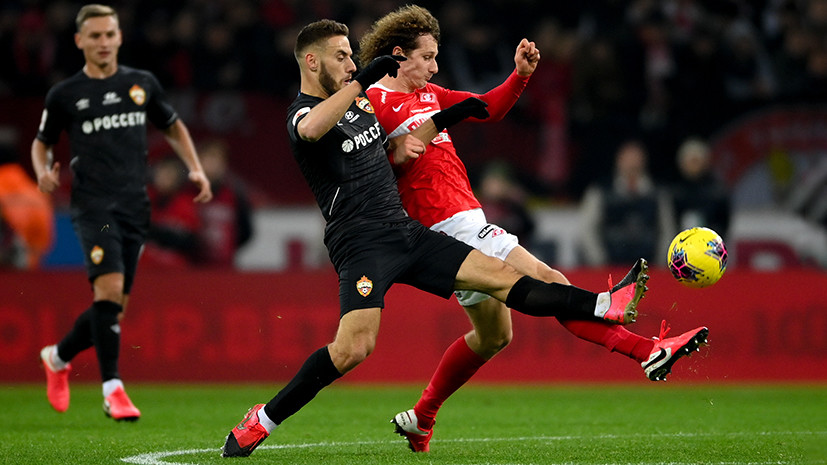 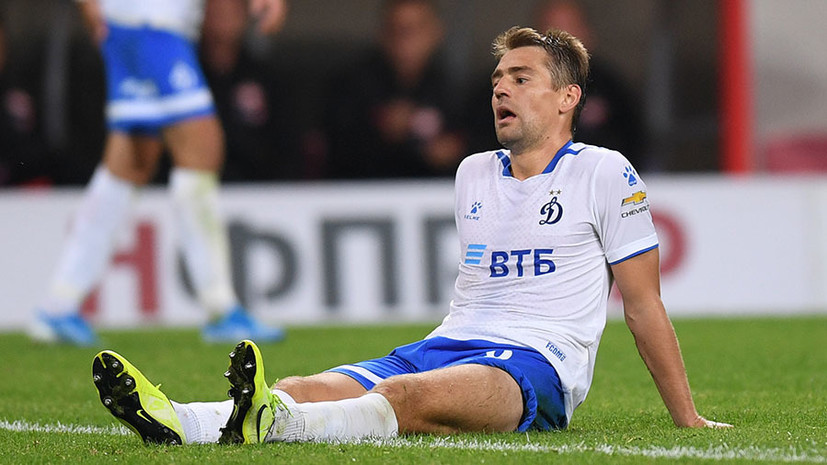 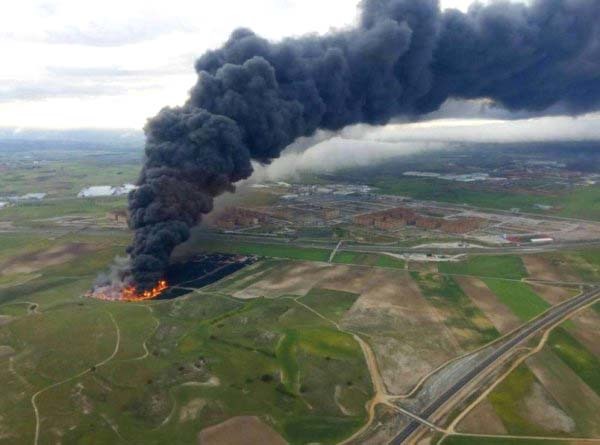 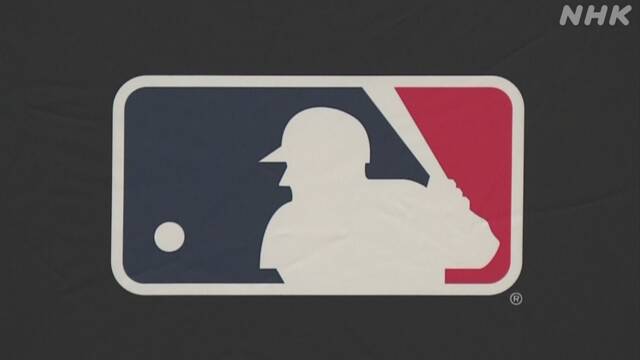