Falling into the abyss, an excuse for a dope horse and the "return" of Ronaldinho: past week's sports events

Brazilian Ronaldinho may return to the field, while the Dutchman Arjen Robben has already resumed his career. Footballer Enrique survived after falling in a car from a 200-meter cliff, and biathlete Maxim Tsvetkov almost fell under the car while riding a bicycle. Volleyball player Alexander Kimerov became a participant in the road conflict and was punished, and the Swiss rider Nadia Peter Steiner was originally justified for the positive doping test of her horse. Near-sporting events of the past week - in the material RT. 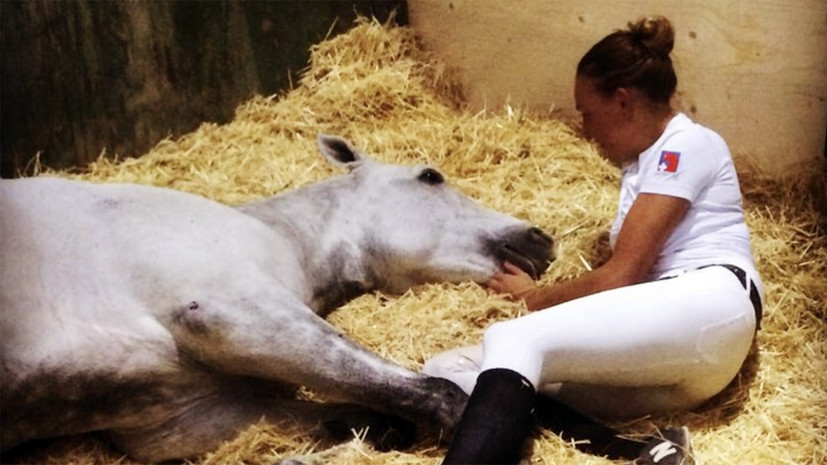 Ronaldinho's invitation from Maradona and the return of Robben

Ronaldinho may resume professional career. At the moment, the 40-year-old Brazilian, who has been recognized as the best football player in the world for two years in a row, is under house arrest in a hotel in the capital of Paraguay, Asuncion. Such a regime was determined for him by the court after a month's stay in a real prison, where the striker was sent together with his brother for trying to enter Paraguay with fake documents.

According to Ronaldinho, he does not experience any special problems at the hotel, where he is forced to live with his brother. Meanwhile, another legendary player who had problems with the law in the past, Diego Maradona, extended a helping hand to him.

The Argentinean is currently coaching the Gimnasia and Esgrima club and wants to see the Brazilian in the squad after the trial. So far, the proceedings are suspended due to the coronavirus.

But two-time world championship medalist Arjen Robben rested from football for less than a year. On July 4, 2019, he announced his retirement after winning the next German title with Bayern, and on June 27, 2020, Groningen announced the conclusion of an agreement with the Dutchman. The 36-year-old midfielder is a graduate of this club and began in his ranks performances at an adult level. 18 years later, Robben returned home, signing a one-year contract with the "pride of the North".

Fall from the cliff and dangerous roads of the Vologda region

Brazilian footballer Cruzeiro Enrique survives after falling in a car from a 200-meter cliff. Enrique lost control of the mountain road and broke, and his Land Rover rolled over several times. Rescuers had to get the athlete through the hatch. He was confused and disoriented, but received no serious injuries.

Later, the agent of the football player Leandro Lima confirmed that his client immediately after the incident was conscious and avoided fractures, but was hospitalized.

Last week, the 35-year-old defensive midfielder returned to Cruzeiro after a short-term lease at Fluminense. It is unclear how the car accident will affect his career.

Russian biathlete Maxim Tsvetkov, in turn, almost got under the car while cycling along the highway in the Vologda Oblast. In his Instagram, the 2017 World Champion said that "he miraculously avoided falling into the ditch when the driver went to overtake in the oncoming stream." Account subscribers wished Tsvetkov a speedy return to the ski track. By the way, during his journey he overcame no less than 95.5 km.

The horse took doping by eating hay with driver urine

Swiss rider Nadia Peter Steiner was acquitted for a positive doping test of her horse. The Court of Arbitration for Sport in Lausanne (CAS), where the athlete appealed the decision for two years of disqualification, found her arguments convincing.

A doping case was opened against a Swiss woman and her horse after a competition in Morocco in October 2017, when traces of a prohibited substance were found in an animal urine test. Steiner initially explained the positive result of the doping test by the fact that shortly after the performance, the horse licked the arm of one of the stables.

The International Equestrian Federation (FEI) did not find sufficient evidence to suggest the rider. As a result of the proceedings, she was suspended from the competition and a fine of £ 6.1 thousand was imposed, obliging her to also pay legal costs. Steiner did not accept the punishment and continued to defend her innocence. In March 2020, the Swiss appealed the verdict of the FEI tribunal to the CAS. According to her new hypothesis, doping got into the body of the animal along with hay, which the driver of a vehicle for transporting horses had previously urinated on. And even earlier, this person took a remedy to relieve back pain.

The driver could not remember exactly in which place he had little need. According to Steiner, hay with particles of urine was then transferred to a horse stall. The CAS recognized the explanation plausible and concluded that Steiner is not to blame for the positive test of his horse. All charges against the athlete were dropped, and the fine was canceled.

Jones was called the “greatest” heavyweight boxer, and Valuev -  “ terrible ”

The Sport Bible portal ranked the world heavyweight boxing champions of recent decades. Athletes were categorized from the “greatest in history” to “not boxers”. The choice of journalists provoked sharp controversy among the fans. So, in the first group, in addition to the Briton Lennox Lewis and the American Evander Holyfield, Roy Jones fell, who spent in heavyweight only one big fight.

The next group of “elite boxers” were British Tyson Fury, Ukrainian Vitali Klitschko and American Riddick Bow. To the "overrated" the compilers of the list ranked American Mike Tyson, Ukrainian Vladimir Klitschko and British David Haye. The first of them is considered one of the best and most recognizable boxers in history, regardless of the weight category, the second belongs to a record-long winning series in title fights among the heavy.

The authors of the rating called the British Anthony Joshua, the Americans Deontay Wilder, Chris Byrd and Michael Moorer “Good” boxers. Representatives of Russia could only get into the fifth group of “middle peasants”: these are Sultan Ibragimov and Oleg Maskaev. Ruslan Chagaev, who played for Uzbekistan, also joined them. Americans Andy Ruiz and Hasim Rahman, New Zealander Joseph Parker, Corrie Sanders from South Africa and Nigerian Sam Peter also got here.

Volleyball player of the new Urengoy Fakel Alexander Kimerov became a participant in the road conflict in New Moscow. The 23-year-old athlete allegedly lost his temper with the actions of the driver of the car-sharing car, who did not allow him to drive at the traffic lights. It is reported that the 215-centimeter Kimerov began to chase the opponent, and when he stopped, he knocked down a side mirror with his foot and crushed the door, urging the man to leave the salon to clarify the relationship. As a result, he called the police.

The athlete's behavior was understood at a meeting of the executive committee of the All-Russian Volleyball Federation (VEF) on June 26. For "violation of moral and ethical standards, aggressive behavior and offensive language" he was suspended for two years on probation. The punishment will take effect in case of repeated violation.

In addition, the IEF ordered the management of Fakel to conduct an “explanatory work with Kimerov about the inadmissibility of such behavior.” The athlete himself in an interview announced the termination of the contract with the club. However, “Torch” has not yet confirmed this information on its website. Kimerov refused to justify what happened publicly.

Zidane told how long it will train

Zinedine Zidane, whose Real Madrid is in a fierce battle with Barcelona for the Spanish title, recently celebrated its 48th birthday. An outstanding French player and coach was congratulated by the Twitter account of the Russian Football Union (RFU). SMM-specialists of the organization uploaded a photo of the legendary midfielder in the form of the Russian national team, shot at one of the veteran tournaments.

“We missed our player’s birthday. But better late than never, ”reads the caption to the picture.

Zidane himself, meanwhile, made several interesting statements at a meeting with reporters. So, he quite unexpectedly admitted that he was better at playing than at training. According to the Frenchman, he is not going to work as a coach for the next 20 years, and will remain in the profession until he gets bored.

“I do not plan anything; everyday work motivates me. Then I’ll do something else. I always perceived myself as a football player. I played my 18-19 years old and when they asked me if I was going to train, I answered in the negative. In the end, I still became a coach, but this work is very tiring. Matches give me a lot of pleasure, and training delights me even more, because everything is the best here, ”Zidane explained. 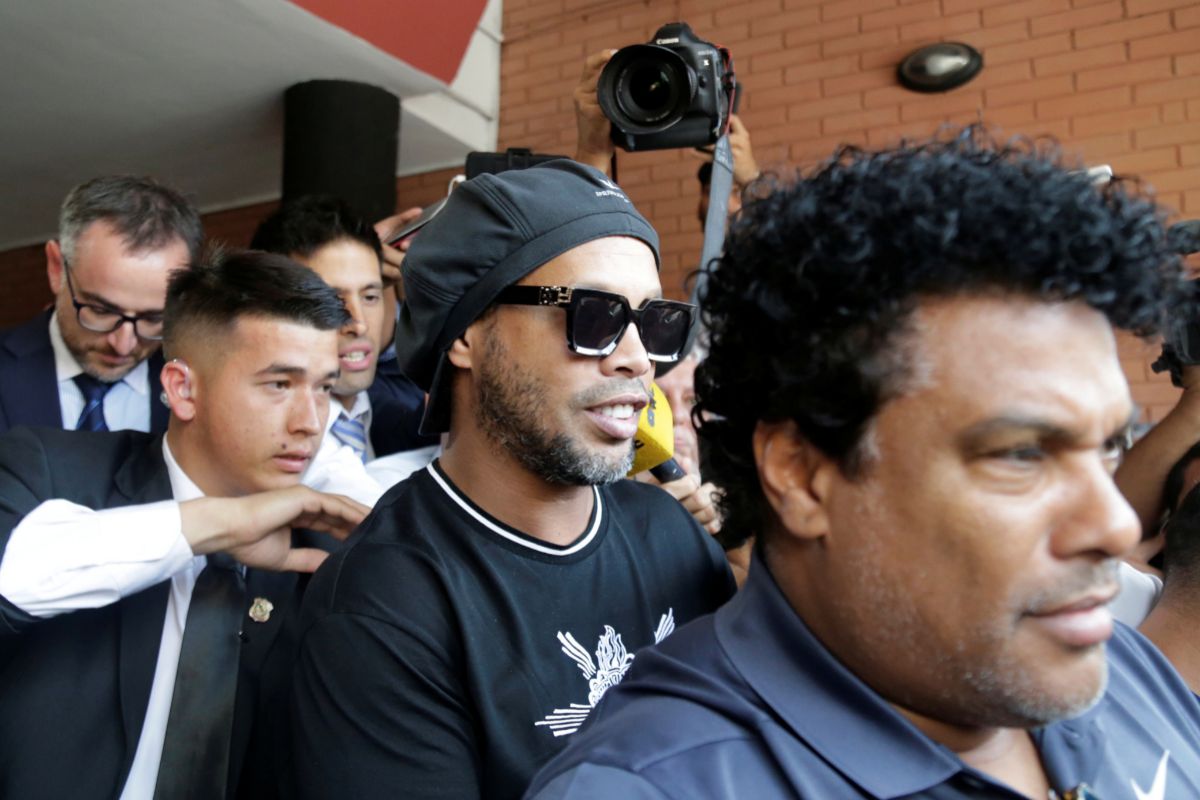 Sports 2020-03-06T15:25:28.686Z
The fall in misfortune of Ronaldinho: disastrous investments, a millionaire embargo and six euros in his bank account 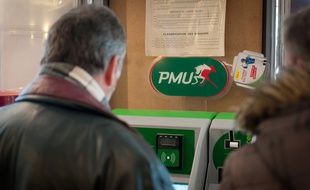 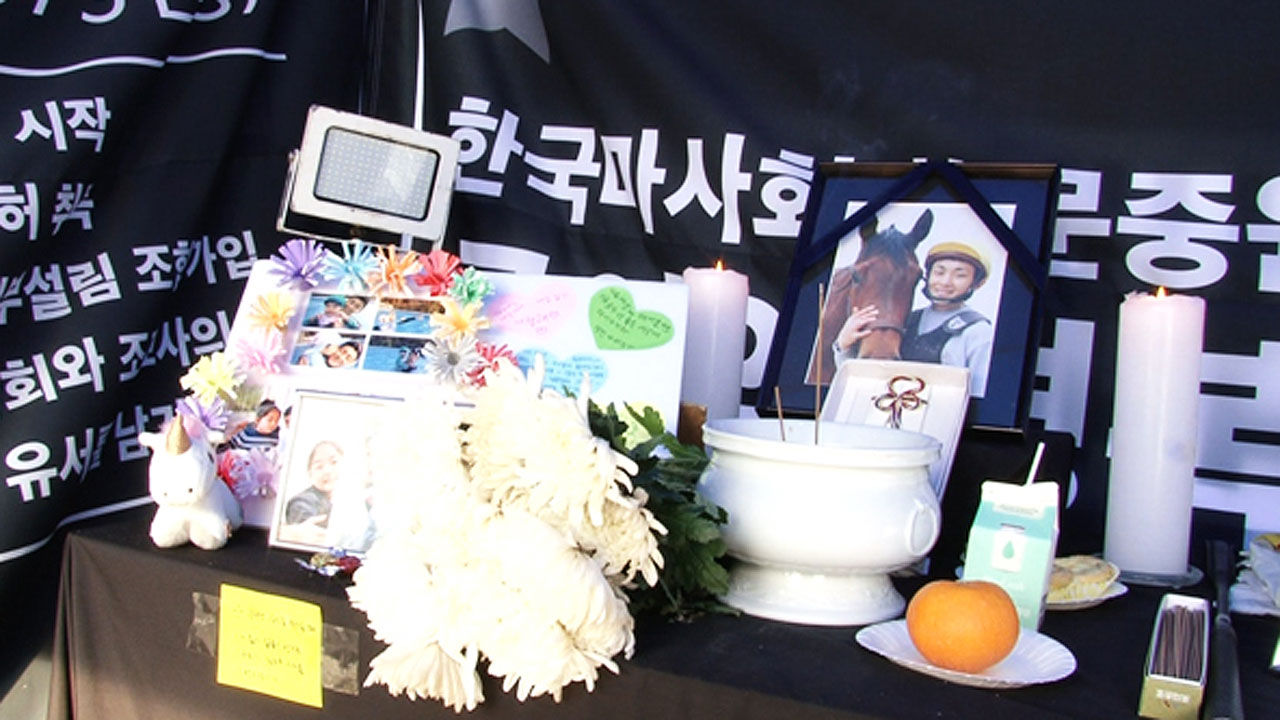 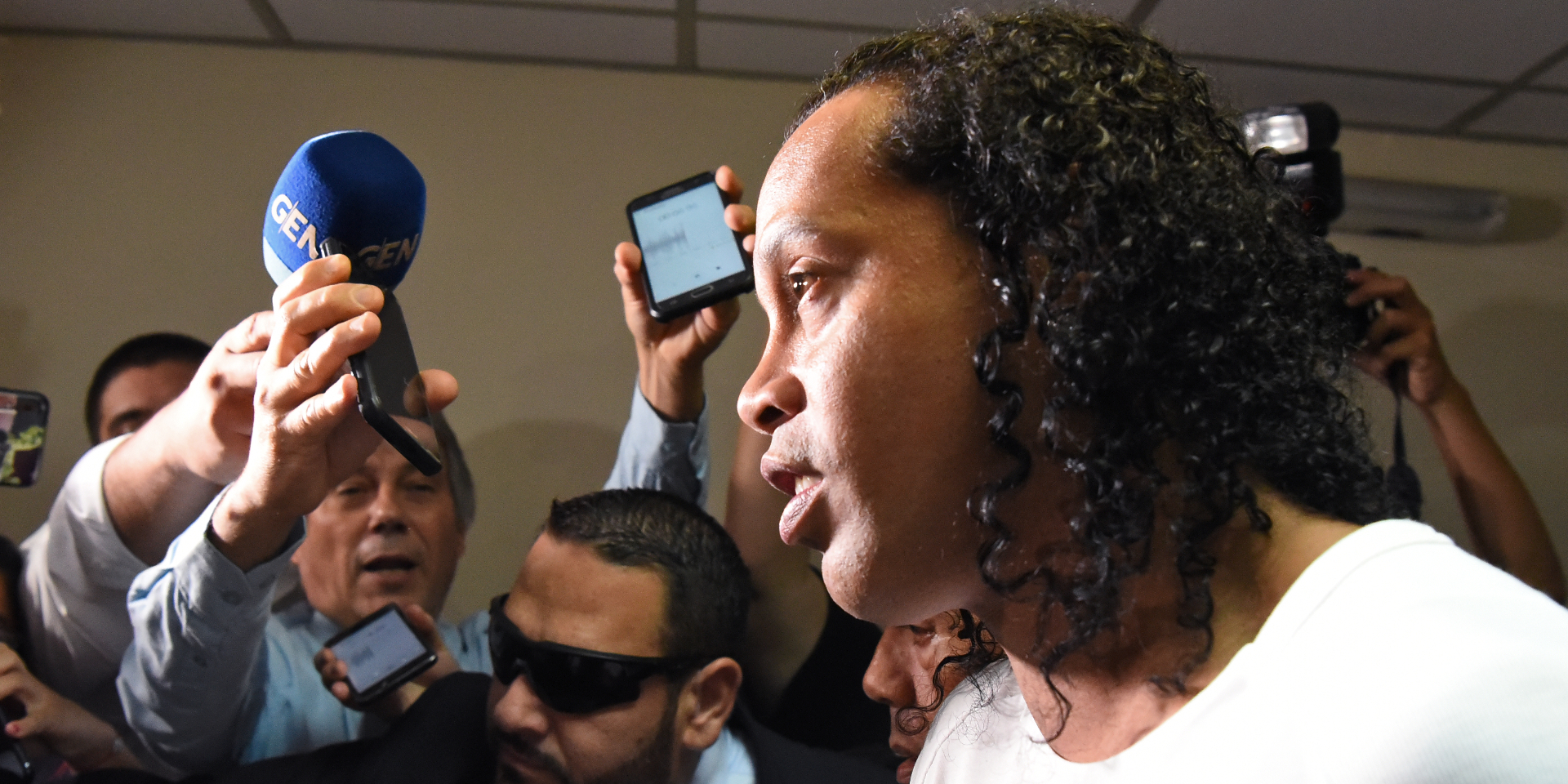 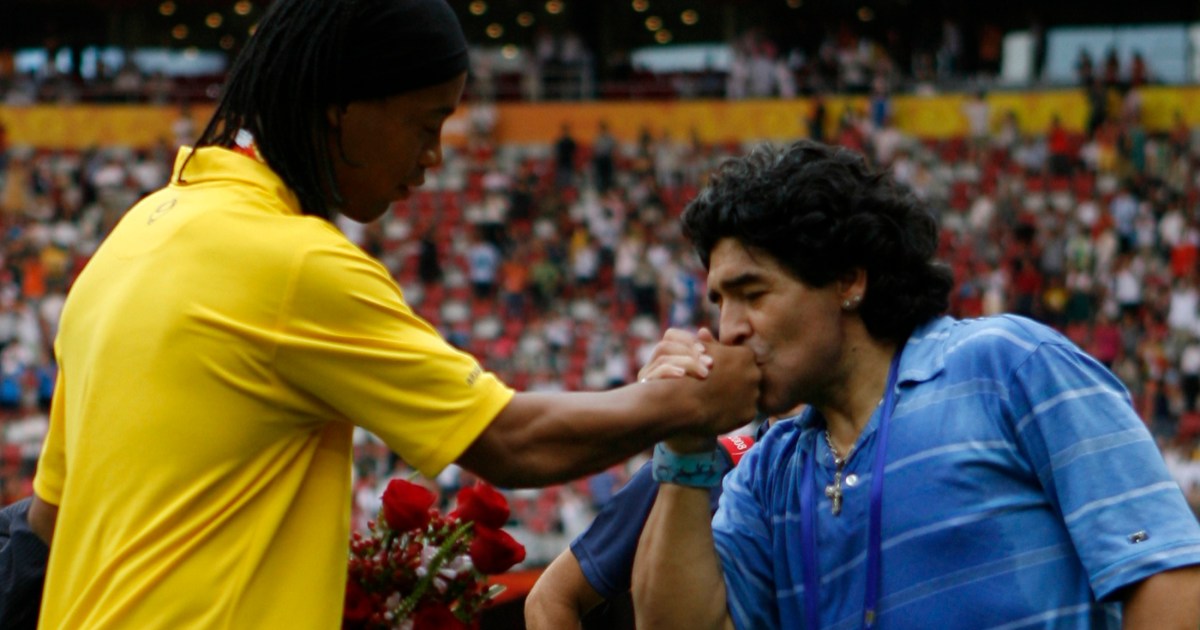