Bubba Wallace has been deeply moved by the support he received on Monday night before and after the NASCAR race in Alabama. The only black driver in the largest American racing class was the focus of a racist incident. 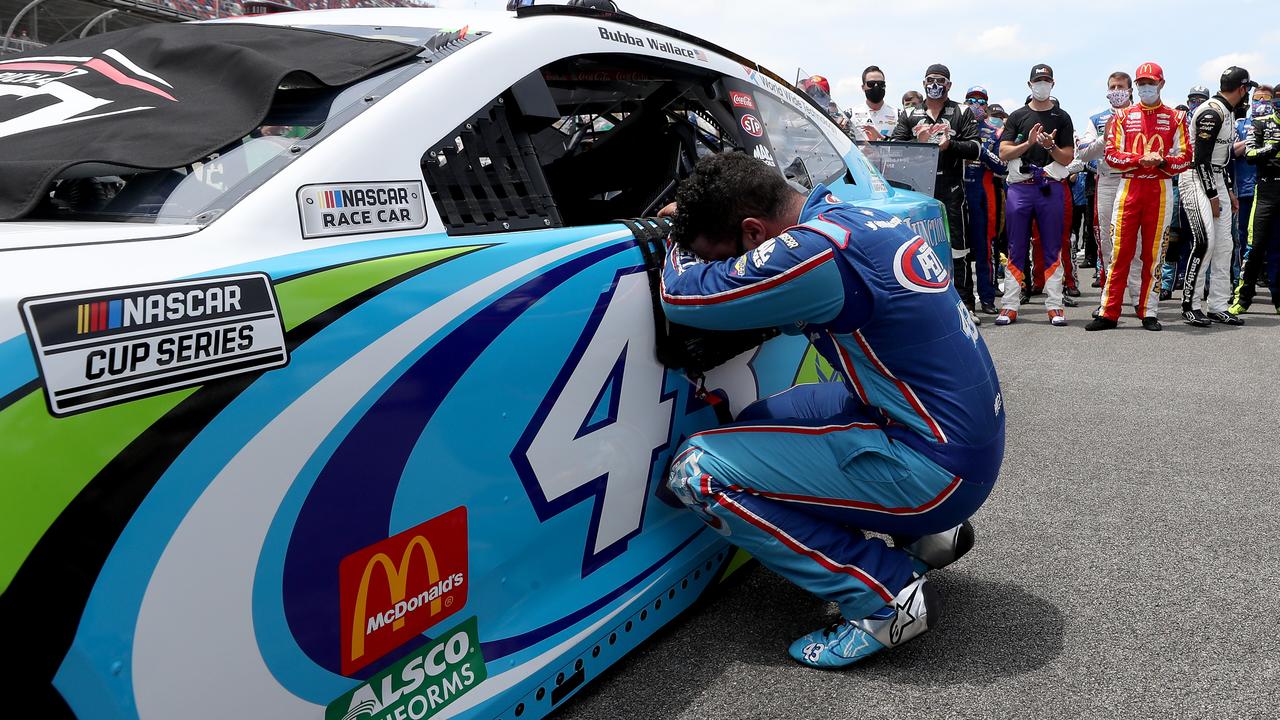 Bubba Wallace has been deeply moved by the support he received on Monday night before and after the NASCAR race in Alabama. The only black driver in the largest American racing class was the focus of a racist incident.

A noose was found a day earlier in Wallace's pit box, which is fighting against racism. Before the race on the Talladega Superspeedway, he was pushed to the start by all his colleagues and attention was also focused on him during the national anthem.

"This sport is changing. The moment prior to the race was one of the most difficult things I've ever experienced," said Wallace, crying when he was guided to the start.

"I want to thank everyone for coming from the fans to the drivers and the mechanics. This is really incredible and I am happy to be part of this sport."

After the race, in which he finished fourteenth, 26-year-old Wallace was exuberant. "I wanted to show the person who did it: you are not going to take my smile away with it."

Under pressure from Wallace, the controversial Confederate flag was recently banned. The flag, which refers to the slavery past, was a tradition around the NASCAR races.

Race winner Ryan Blaney, one of Wallace's best friends, was happy to see how his compatriot handled the situation. "It shows that you don't scare him. He's very strong, will stand above it and will always fight things like this," he said.

"I love him and support him 100 percent. I hope many people will learn from this and be there for each other. That's what it takes to make the situation better."

The Alabama race, which was postponed for a day due to rain, also included a group of spectators wearing Wallace Black Lives Matter shirts as a show of support.

See also: How 'conservative' NASCAR tries to get rid of its image