The scandal surrounding the Russian biathlete Alexander Loginov is inflating more and more every day. This was in an interview with reporters said the head of the SBR Vladimir Drachev. He assured that both the world champion in the sprint and his personal trainer Alexander Kasperovich received comprehensive support, including legal support. The functionary also commented on the possible completion of his career Loginov and said that the senior coach of the women's team Vitaly Noritsyn will soon vacate his post. 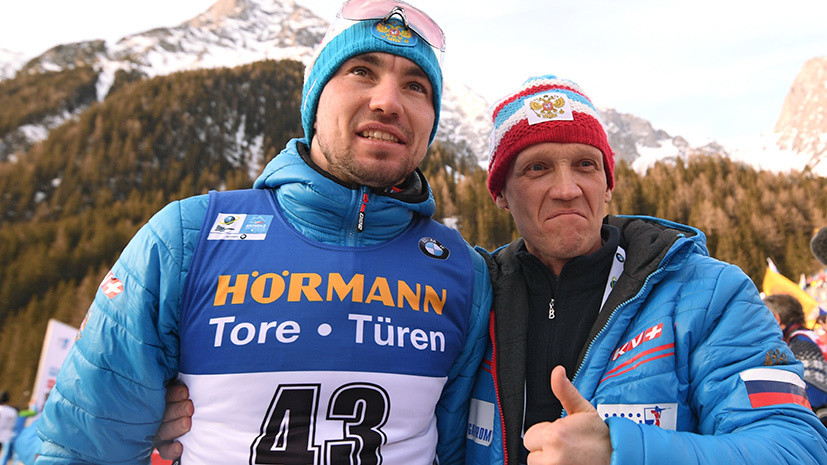 "Loginov did not sleep almost all night"

- What actions does the SBR plan to take in response to all this police lawlessness?

- There was no police lawlessness. People just did their job. They received paper. That's all.

- But you constantly communicate with IBU President Olle Dalin. It is clear that there is an unprecedented pressure on Russia from the side of the International Biathlon Union.

- We just would like to understand the general situation, to realize what is happening. Because we meet and talk about one thing, but we get the opposite.

- Was Dalin aware of the actions of the Italian police?

- He told me that he learned about what happened at 7:57 in the morning. Do I believe him? I don’t know, I’m generally used to trusting people. But there is a leader, but there are various units. And when they do independent work, this is probably wrong. Still, there should be a vertical in actions.

- Do not you think that the reason for what happened was the problem of Alexander Loginov that was not solved in three years?

- And how can it be solved? This scandal is getting bigger every day.

- Loginov said on the eve that he did not use doping and does not know how EPO got into his body. Do you have an understanding of what happened?

- At that time I was engaged in completely different matters, and I can not afford to delve into this. If Alexander has a desire, please. This is his “personal notebook”. Will Loginov open it - a question for him. If you start digging, then you need to get to the bottom of everyone. We had a lot of different stories. Alexander does not seek to publicly talk about what happened, apparently, this is his position.

- Did you discuss this issue with him?

- We constantly communicate with him. Now, for example, they talked about his removal from the mass start. What can I do? The man made this decision. He did not sleep almost all night. At two o’clock the police completed the last procedures. What is the start?

“Have you talked to the consul yet?”

- Talked with everyone, including representatives of the Foreign Ministry. Work is going on in different directions. In general, support was received. A special person is assigned to us. Yesterday he was there all day until two in the morning.

“At IBU, half the people also don’t understand what’s going on.”

- Do not you think that the time has come to take decisive action? After all, the guys can simply be brought to the end of their careers.

- First you need to get some explanations from the IBU, and then talk. In the International Biathlon Union, half of the people also do not understand what is happening. With the anti-doping manager of the IBU, Sarah Fussek has not yet communicated. The letter was signed by her on the 19th.

- You had no desire to commit a harsh act, for example, to assemble a team and go home?

- You can do a lot of things on emotions, but you need to think about the result and further work. Indeed, you can simply withdraw and leave, but what will be the next steps? After all, you should work for the future. There are so many people, so many opinions. But today is a special day - February 23rd, on which we need to get together and show ourselves, as we always did.

- Do not you think everything that happened is a bit strange? There are Loginov with a doping history. There is Alexander Kasperovich, who is also involved in it. At the World Cup, they live in neighboring hotels, while the coach has someone else's accreditation. If this happened in a foreign team, would you have any suspicions?

- For me, the first place is the result. I try not to get into my underwear. You can talk for a long time about the events of ten to twenty years ago, next to which there are still question marks. It is especially strange when people, being not aware of what is happening, begin to give advice and draw conclusions. We have a lot of these.

“It just might be thought that in this whole story someone wants to hide the information associated with Loginov five to six years ago.”

- I think many people know, but do not want to talk about it. This question is not in my competence.

“Ready for dialogue with IBU, not for conflict”

- How do you see the further development of events?

- What are you all hasty. The final plan ... The most important thing is that all these actions, first of all from the anti-doping authority of the IBU, stop. He clearly provokes us to certain actions. We do not commit them yet, we are ready for dialogue with the IBU, and not for a conflict situation.

- Do not you think that the status of an interim IBU member prevents the SBR from responding sharply?

- Not. It prevents us from applying for the World Cup and planet championships. Otherwise, there are no restrictions. But one of our main tasks is the restoration of status and the protection of athletes. This is our ongoing work. When the SBR will be restored in rights, it is not clear. In the current environment, this will be much more difficult. Many new facts have been discovered, the cases of Yevgeny Ustyugov and Svetlana Sleptsova have surfaced, which will lay a heavy financial burden on the RRF. In the near future, we are unlikely to be able to find so much money.

- Kasperovich said that neither he nor Loginov can get acquainted with the papers that the police had. Allegedly, only a lawyer can do this. Is it their internal affair, or will the SBR assist them in legal support?

“A lawyer has already been assigned to each.” On Monday, they begin to work and study documents. The letter that Fussek sent cannot be received either. And Dalin does not understand how it was written.

- If Loginov really ends his career in the near future, will this be a tragedy for Russian sports?

- We all once finish our careers, but, of course, I would like him to run another five years, or even more.

- Most of the women's teams took five or six biathletes at the World Cup. We limited ourselves to four. What is the reason for this?

- A good question for our coaches. We ask it ourselves. At the moment, I try not to interfere in their work, we just look and fix big mistakes, if any. And the placement of athletes in the race is completely the prerogative of the headquarters.

- What are the chances that the senior coach of the women's team Vitaly Noritsyn will retain his post?

- They are zero. Anatoly Khovantsev will retain his post. He must finalize it before the end of the season and report on the coaching advice.

- Did you make the decision not to send Evgeny Garanichev to the European Championship?

- We decided to send young athletes to the championship of the continent. The question arose of whom to take: Garanicheva or Vasily Tomshin. We chose the latter, since this is work for the future. The children who participated in the World Cup decided to provide rest in order to give way to young people. 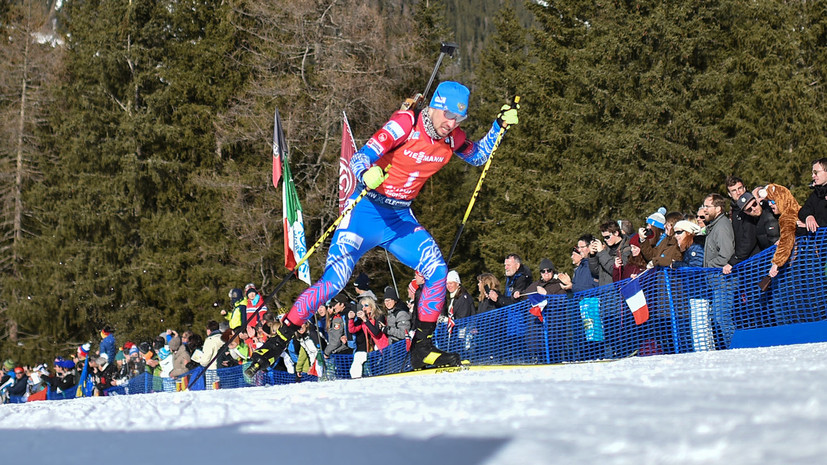 “The desire to influence the outcome of the competition”: SBR demanded that the IBU clarify the situation with searches at Loginov at the World Cup 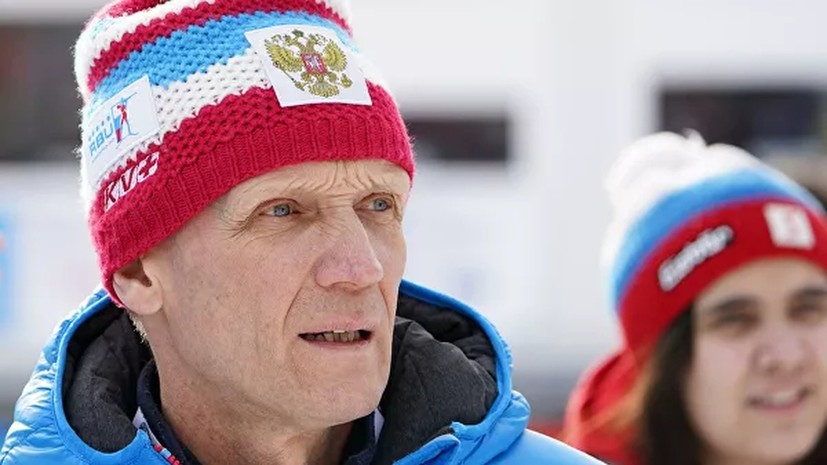 Drachev about searches in the Russian national team: this is a show to please fans 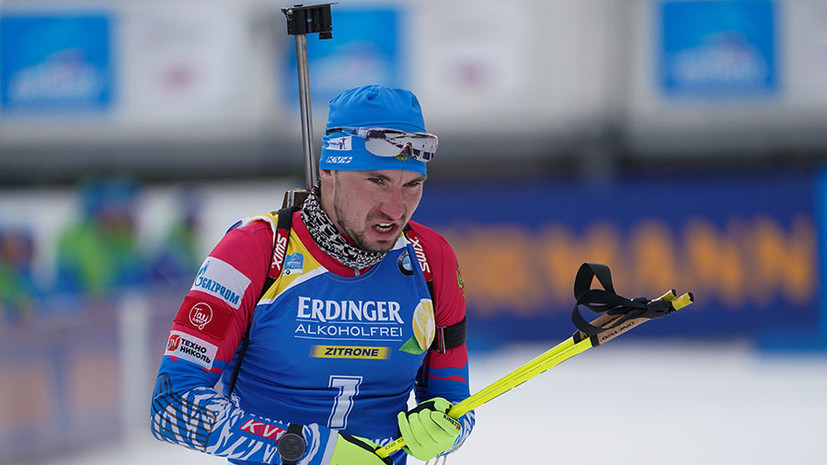 External pressure, intrigue and quarrel: how Russian biathletes turned out to be hostages of the situation at the World Cup 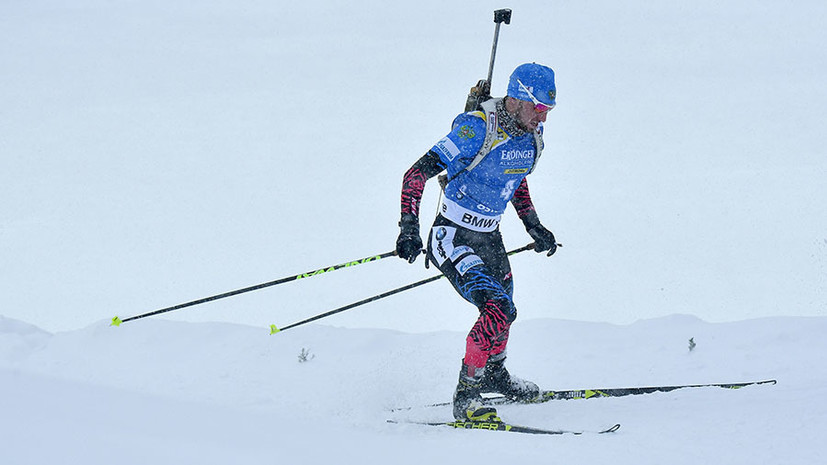 “The voice of reason must win”: RBU changed the composition of the Russian national team to the first stage of the Biathlon World Cup 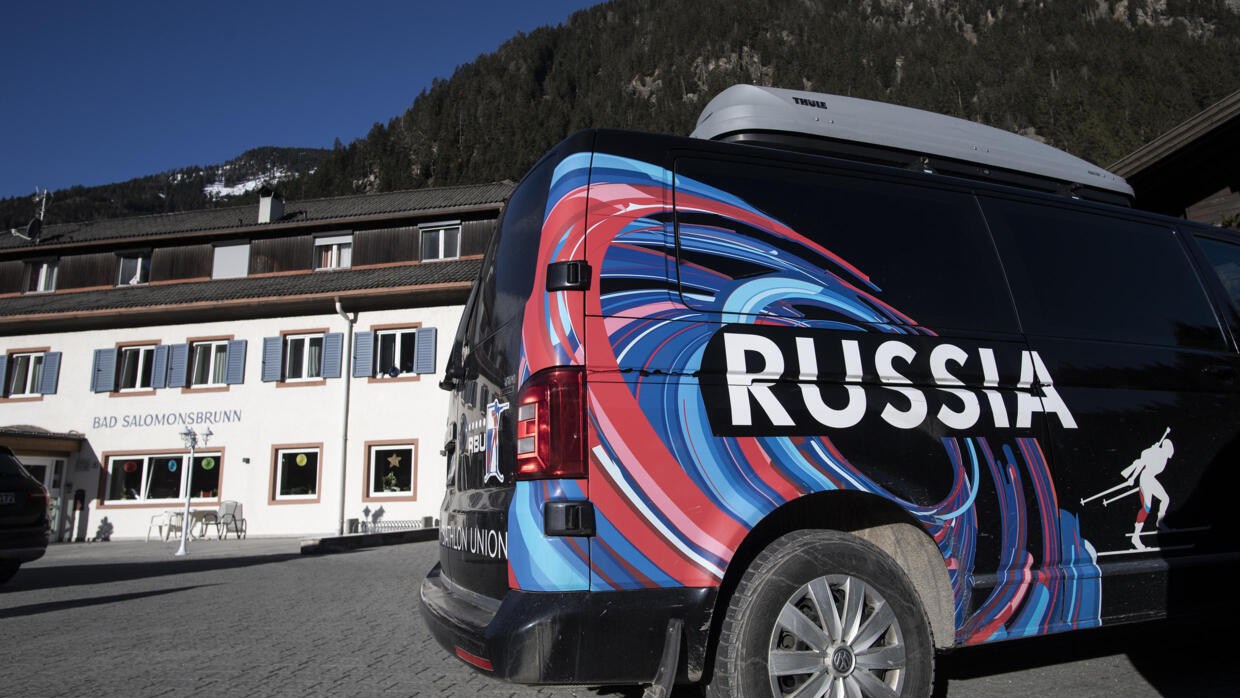 Biathlon Worlds-2020: Loginov and Russia caught up by the doping spectrum - France 24 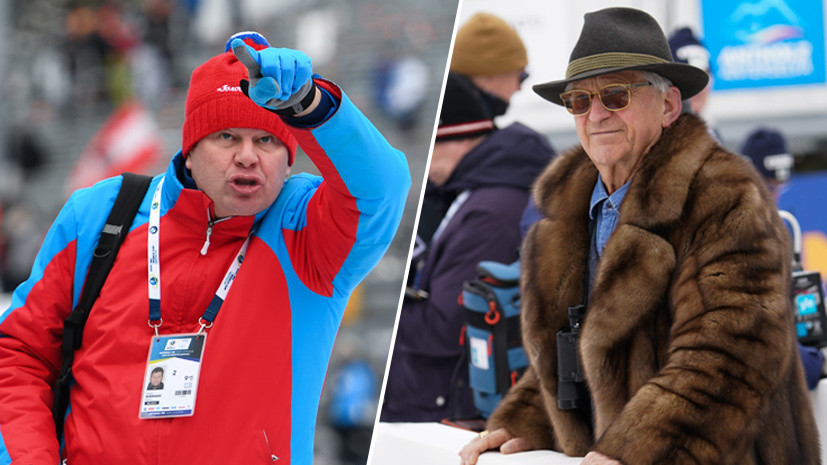 “We don’t know what else he could say”: Guberniev accused Tikhonov of denouncing Kasperovich at the biathlon World Cup 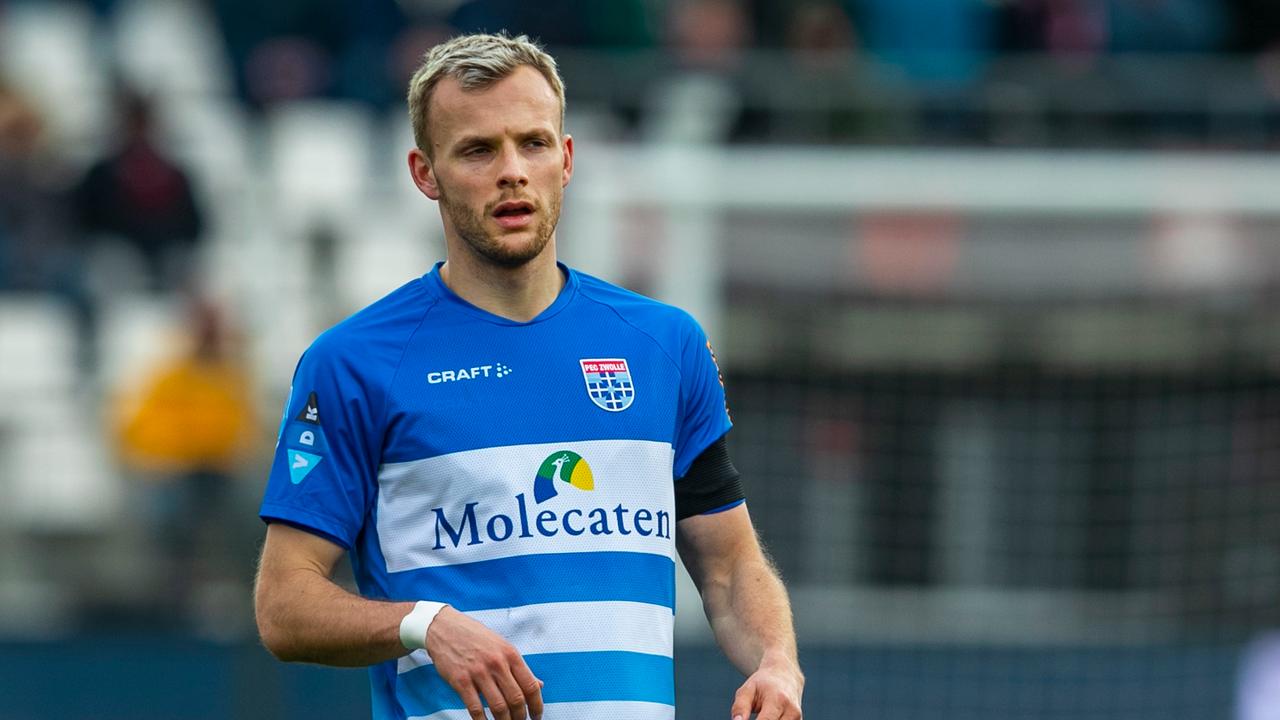 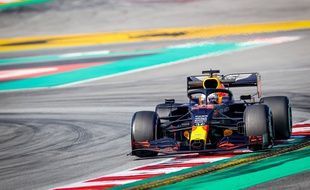 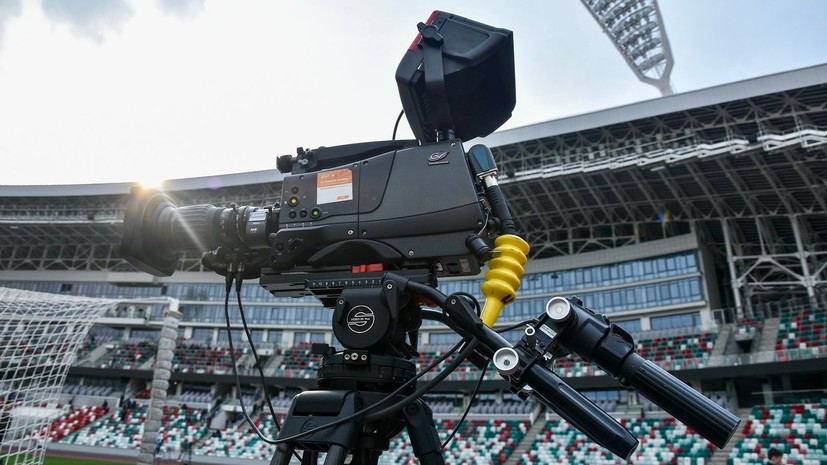 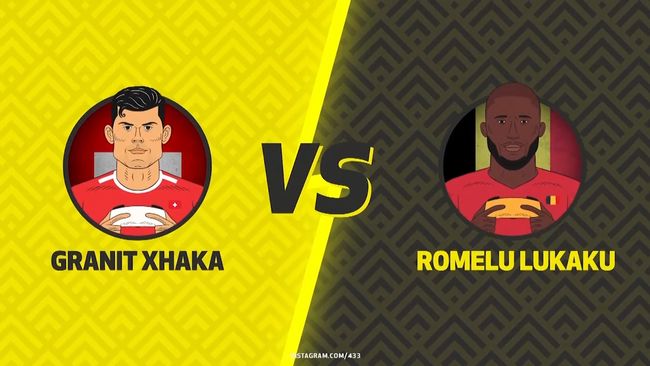 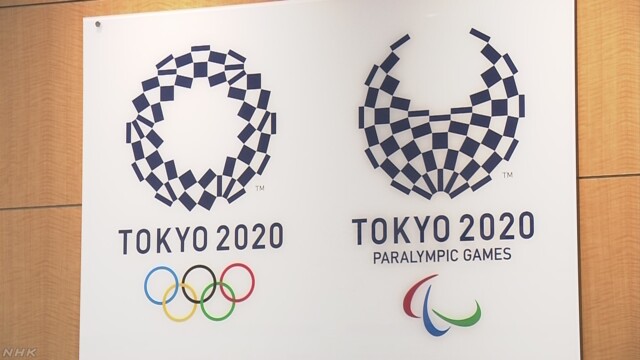 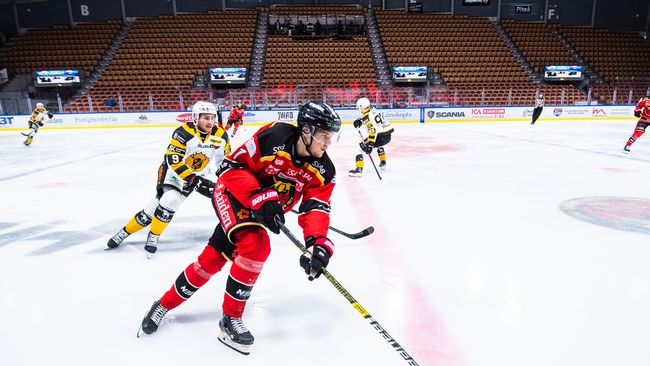