Motorcyclists of the Civil Guard of Traffic request jackets with airbag 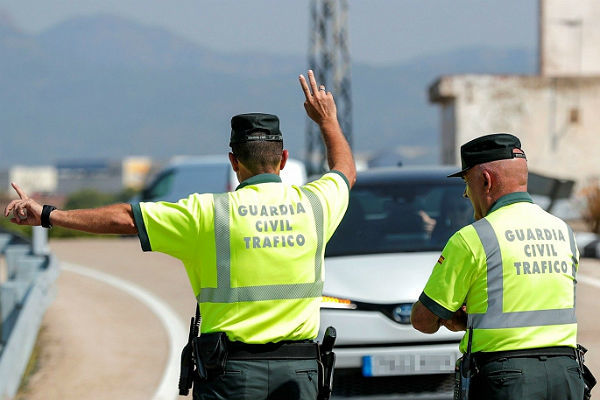 The Unified Association of Civil Guards (AUGC) has demanded from the Ministry of Interior improvements in the working conditions of the Civil Guard Traffic Group (ATGC), given the "organizational and material deficiencies" that these agents face.

First, the association asks for the acquisition of material to improve the safety at work of the agents, such as the uniform airbag jacket for motorcyclists, the renewal of helmets that do not comply with the validity period of the manufacturer and individual bulletproof vests for operational staff.

In addition, they demand the renewal of the fleet of vehicles for the service with more than five years and the "immediate" provision of uniform garments with strict compliance with the characteristics marked by EU standards.

They also request the provision of office automation, drones and reconstruction programs to research teams; the provision of chip readers to all operating units; and the renewal of signage.

They also require improvements in the working conditions of the agents: that the 11-hour break between services be scrupulously respected and that any type of service double be prohibited on a calendar day. They also ask for an increase in rest during the weekend period on a mandatory basis.

Likewise, they demand an increase in the catalog of jobs and modification of vacancies in the Group to accommodate civil guards in reserve and with loss of physical conditions to occupy positions in support and bureaucratic work.

They also request that a mandatory age be established to make use of the official motorcycle as a preferred vehicle in the 50 years and demand a remuneration increase in the concept for the complement of Road Safety .

Likewise, they are committed to improvements in the development of the services provided by the agents. Specifically, they request that arbitrary units not be closed arbitrarily; an increase in effective road surveillance (they report that entire provinces are left without patrol patrols ); rationalize the use of the Crowded Equipment (dedication to intervention in serious accidents and investigation); and increased training and practices in the development of service activities.

According to the entity's complaint, the Traffic Association "has ceased to be an attractive unit" for the civil guards, becoming "a unit where the staff are covered with forced destinations and where 1,000 agents are still needed to fill in the lack of personnel and match the personnel numbers for the year 2010 ".