Verhoeven and Hari enter the ring in swirling GelreDome

Kickboxers Rico Verhoeven and Badri Hari will compete in GelreDome for the world heavyweight title on Saturday. Verhoeven is the title defender in the ring. The game starts between 10 p.m. and 11 p.m. 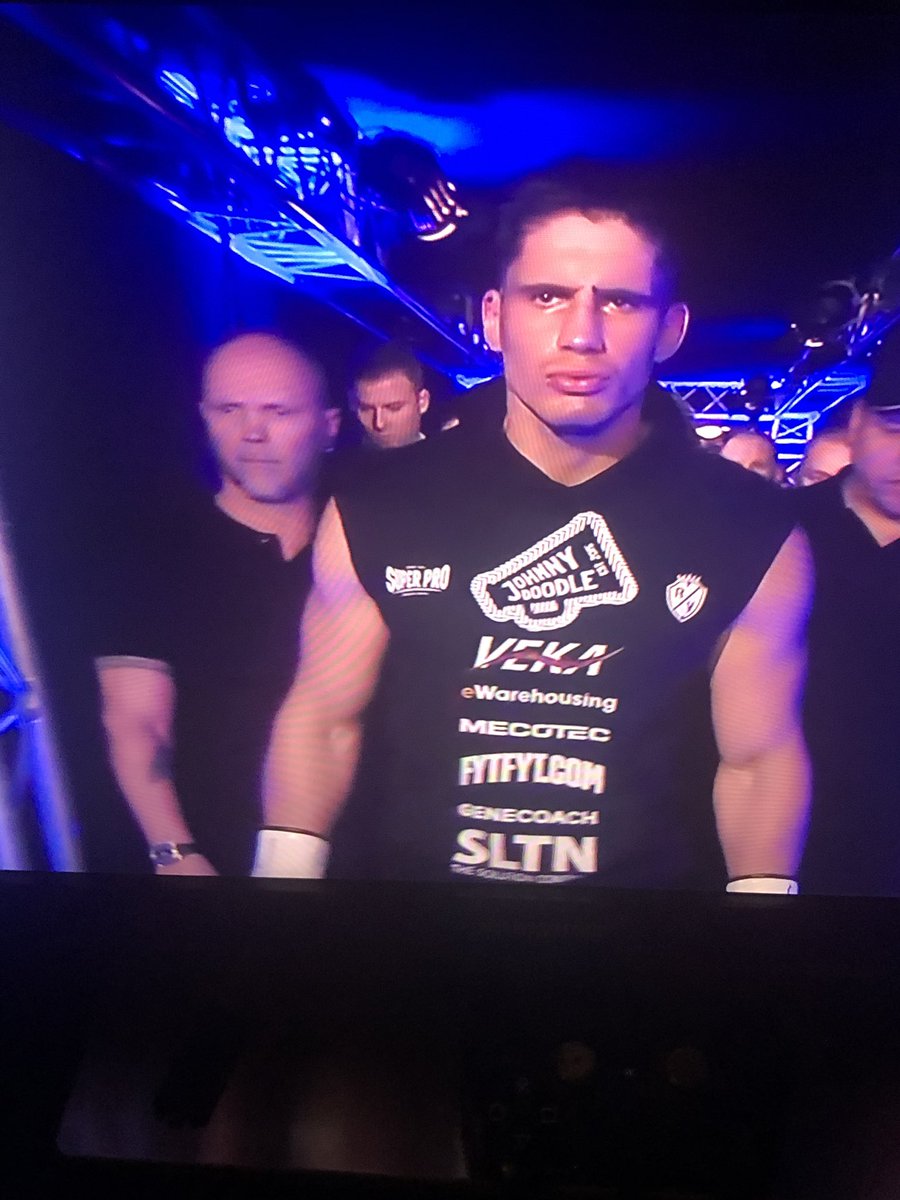 Kickboxers Rico Verhoeven and Badri Hari will compete in GelreDome for the world heavyweight title on Saturday. Verhoeven is the title defender in the ring. The game starts between 10 p.m. and 11 p.m.

Good evening and welcome to the live blog on NU.nl. My name is Patrick Moeke and I will keep you informed of the developments in the world title fight between Badr Hari and Rico Verhoeven.

Hari-Verhoeven · a few seconds ago

And there is Verhoeven. The reigning world champion runs into the ring with a sprint.

Hari enters the ring with a hood and loud cheers. The Dutch Moroccan clearly has the audience in his hand.

it's about to go down # COLLISION2

We start in Arnhem! Badr Hari is the first to enter the ring.

The vast majority of readers on NU.nl expect a victory from Rico Verhoeven.

Who will win the much-discussed world title fight between the heavyweights Badr Hari and Rico Verhoeven tonight?

Tavares wins the penultimate fight. Now it's time for what everyone came for: #ricovsbadr

It is hard going in the last fight before Verhoeven and Hari face each other.

In the Gelredome, the penultimate fight of the evening will now begin. When this is over then it is time for Rico vs Badr. About half an hour.

Recently, 35-year-old Hari rarely came into action. Partly due to a prison sentence and a doping suspension, he has only been in the stake three times in the past five years, including the fight in Oberhausen against Verhoeven. As a result, the question is what level the opponent is facing Verhoeven. The world champion himself has not been in action for fifteen months. The fighter who has been a Glory champion continuously since 2013, has also been focusing on his acting career lately.

31,000 tickets have been sold for Glory 74. "It has never happened in the Netherlands that a football stadium has been sold out for a kickboxing match. All tickets were used up within two hours and then additional tickets were made available," said Verhoeven. "I cannot achieve that alone, we do that together."

Rico Verhoeven is looking forward to tonight's game. "It will be crazy, we will make a show of it together and start to write kickboxing history," Verhoeven said yesterday after the weighting for the fight.

Kickboxing · one hour ago

The supporting act in GelreDome for the game between Badr Hari and Rico Verhoeven is in full swing. The audience will get to see this tough knockout.

ALEX PEREIRA ARE YOU KIDDING ME?!?! Another highlight reel KO for the CHAMP-CHAMP! @mypowerdot # GLORY74

The supporting program for the fight of the year has now begun.

First title fight of the evening is between the Turk Turk Ertugrul Bayrak and the Brazilian Alex Pereira. #glory #ricovsbadr

Here it will happen tonight, in about three hours: #rico vs #badr

The traditional weighing and staredown take place before a Glory fight. That Badr Hari shook hands with Rico Verhoeven has surprised many martial arts enthusiasts. NU.nl reporters Bart van Dooijeweert and Bas Scharwachter look back on the staredown and look ahead to tonight's much-discussed fight.

Preview: "The hand of Hari to Verhoeven shows his respect"

Hari thinks it will benefit from less weight
Badr Hari seems a lot fitter than the last time he was in the ring opposite Rico Verhoeven. He weighed 110.8 kilos when weighed yesterday. Three years ago that was 114.5 kilos. "I think I'm going to benefit from that. I have more explosiveness, speed and condition. Those are all things that will play a role."