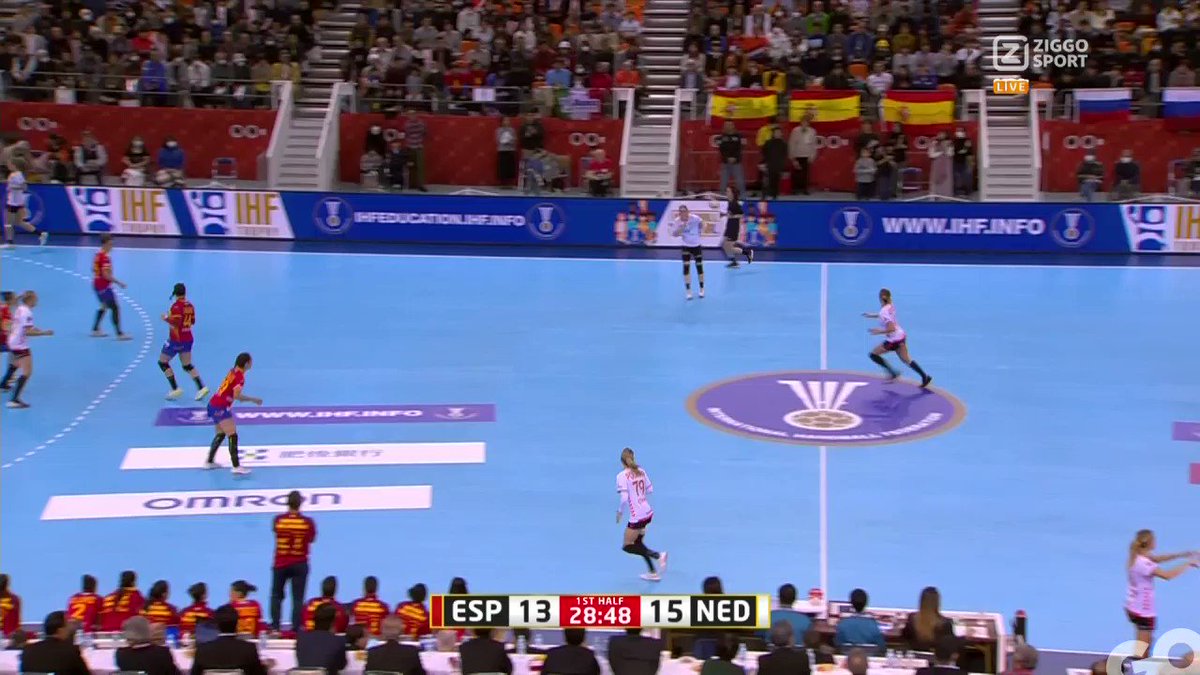 Good morning and welcome to our live blog about the finals of the World Cup handball! The Dutch handball players will have the opportunity to become world champions for the first time in history this afternoon. The team faces Spain. My name is Rob Hirschmann and I will keep you informed of developments in Kumamoto.

The Orange squad is struggling with Spain in the opening phase, but is going into the break with a three-goal lead.

Orange does not only play for gold today. If the team wins, the Orange team assures itself of a ticket for the Olympic Games this coming summer. If things go wrong today, then the Orange team has to qualify for an Olympic qualifying tournament.

Peace! The Netherlands leads 16-13 in the final of the World Cup!

With her fourth goal Lois Abbingh passes Malestein as top scorer of Orange.

24 'Rinka Duijndam, who is in it instead of Wester for a moment, stops the penalty throw!

24 'Another seven-meter for Spain, after a foul by Snelder.

22 'Spain has to miss a player again.

21 'Abbingh rams the ball from distance against the top of the bar. Still 9-9 so.

19 'Spain overwhelmed the Netherlands in the first minutes with quick attacks, but now the attacks are slow due to the Dutch defense. Tess Wester has been keeping her goal clean for a while.

17 'The Orange has got a grip on the game in the last minutes. The Spaniards cannot make a fist in the attack. It is still 9-9.

16 'It's the same! Lois Abbingh hits close: 9-9. The Spanish national coach intervenes with a timeout.

Angela Malestein is currently the top scorer on behalf of the Orange with three goals in this game.

14 'Polman has a devastating effect! The difference becomes smaller: 7-9.

13 'Unfortunately, a long attack from Orange failed. It is still 6-9.

10 'We are on the road for ten minutes, and the Orange is still following the facts. The team has no answer to the rapid attacks of Spain. It now stands at 5-8.

8 'Malestein scores her second goal from the corner: 3-6

7 'The Spanish goalkeeper Navarro has an answer to Van der Heijden's shot.

6 'Today's first exclusion is for Spain, but Abbingh is fiercely blocked by the Spanish defense.

4 'Gonzalez even makes it 2-5! Orange is trumped in the first minutes.

1 'Polman with a first attempt, but her shot is blocked. Barbosa scores the 2-0 for Spain in the counter-strike.

1 'The handset sounds! We have started.

And there is the Wilhelmus, which is sung passionately by the players.

The Spanish national anthem sounds in the Park Dome in Kumamoto.

The players are introduced to the audience. The final is about to begin!

Mayonnade: "We must do the same as against Russia"
National coach Emmanuel Mayonnade hopes that his team can show the same as in the semifinals against Russia, he says in front of the Ziggo Sport cameras. "If we do the same as we did against Russia, we can win." He calls Spain a strong opponent, mainly because of the strong attackers of that team. "They've got some of the best players in the world. They're really good at attacking, strong in one against one. And they're good at fastbreaks, so it's a very good opponent."