“Space-level program”: in Russia admired by the performance of Shcherbakova at the Grand Prix in the USA

At Skate America, Anna Shcherbakova showed serious fighting qualities and did not leave her rivals a chance. This was stated by the head of the Russian Figure Skating Federation (FFKKR) Alexander Gorshkov. The silver medalist of the Olympic Games in ice dancing Ilya Averbukh believes that only Alexander Trusova is able to compete with Shcherbakova in terms of the complexity of the program. Meanwhile, many experts agree that American judges underestimated the ratings of Russian skaters. 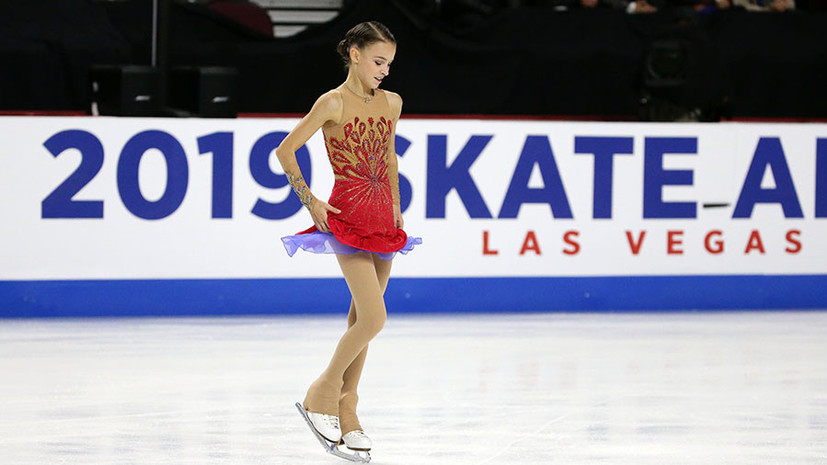 The performance of 15-year-old Anna Shcherbakova at Skate America aroused admiration from both sports enthusiasts and experts. As an adult, confident skating and the first ever pure performance of two quadruple Lutz brought the girl the first gold medal at the stages of the Grand Prix, and also made her perceive her as one of the main favorites of the season in women's competitions.

Her mentors, Eteri Tutberidze and Daniil Gleichengauz, were one of the first to congratulate her ward. So, the coach posted a joint photo on Instagram with the athlete, signing it with the words: “There is one,” and the choreographer thanked all fans of Shcherbakova’s talent.

"Yes! Congratulations to Anna Shcherbakova and our entire team with a gold medal at the Skate America Grand Prix! Thanks to everyone who did not sleep and was ill for us, ”the Gleichenhaus message says.

The head of the Russian Figure Skating Federation (FFKKR) Alexander Gorshkov praised Shcherbakova and noted that the 15-year-old girl was able to show character and get together after a not so successful short program, according to which she took an intermediate fourth place.

“Anya is a great fellow, she did it. We all perfectly understand how difficult it was for our athletes to perform after an almost daily flight to the USA, how difficult it was to pack up. But she ... did everything she could, a small, fragile girl showed serious fighting qualities at the first adult stage of the Grand Prix, managed two quadruple lutz. I congratulate her and the whole team of Eteri Tutberidze - they did not leave a chance to the rivals, ”Gasshkova quotes TASS.

For an arbitrary program, Shcherbakova received 160.16 points, which is the second result in history. According to this indicator, she beat the current Olympic champion Alina Zagitova and Alena Kostornaya, and second only to Alexander Trusova (163.78). At the same time, the latter received such high marks at the Challenger class tournament in Bratislava, which is significantly inferior to the Grand Prix stages in status.

Tutberidze group choreographer Alexei Zheleznyakov, in an interview with RT, also praised Shcherbakova’s results, but noted that she still has something to work on.

“The free program was performed at a fantastic level - very confidently and professionally. Anna rode very consciously. As a choreographer, I can say that in one moment it was necessary to hold on a little more leg. But one has to talk about such moments when there is nothing to complain about, ”said Zheleznyakov.

He expressed the opinion that Shcherbakov can already be considered one of the favorites of the season, but she needs to continue to demonstrate the highest level.

“In figure skating, it’s very difficult to predict what will happen in the future. If Anya will remain in the same form and continue to ride like that, then, of course, she will fight for the highest places, ”the choreographer noted.

According to him, the judges at Skate America slightly underestimated the ratings of Shcherbakova and other Russian women, which is a common practice in recent years.

“I agree that Russian athletes could be given higher ratings. But now this is the place to be, this can not be fought. I guess why this is happening. In women's skating, it is very difficult to fight with students of Tutberidze, and in this way the judges try to give other skaters a chance. But, as Eteri Georgievna says, "they will be angrier." In my opinion, for our girls this is a plus. They understand that they can’t be mistaken, work harder and try to do everything perfectly, ”Zheleznyakov concluded.

In turn, the silver medalist of the 2002 Olympics, Ilya Averbukh, said that Shcherbakova had a “space level” program.

“At the moment, only Shcherbakova and Trusova can compete with each other in this aspect. Other girls can only hope that they will be wrong. If they will perform in the same way as Anna did today, then the rivals will not have a chance, ”he explained to RT.

At the same time, the famous coach Arthur Dmitriev believes that the triumphal rental of Shcherbakova is not an accident. In his opinion, Anna has all the necessary qualities to become a leader in women's figure skating.

“I know that Anna has several quadruple jumps. She is technically stronger than her opponents, including in jumping elements. Anna so easily bypasses rivals, it is very difficult for them to catch up. It would be good for her to save all this, but I am very happy for her. The main difficulties will begin during the transitional age, when she will be 16 or 17. It will be much more difficult than it is now, ”RIA Novosti quotes Dmitrieva.

Tatyana Tarasova, Honored Russian and USSR Figure Skating Trainer, reacted much more violently to Sherbakova’s triumph. According to her, in the future, American fans will have to wait a long time for such a show.

“Just a historical competition. What Shcherbakova did today - showed two such quadruple lutz - this is the first time in history ... One hundred years now it will be necessary to wait for such records. And Lisa (Tuktamysheva. - RT ), of course, shot from fifth place, ”Tarasova expressed her opinion.

Agreed with her and Olympic champion Alexei Yagudin. According to him, lovers of figure skating in Las Vegas were lucky enough to witness a historical moment.

“It was really cool. And it doesn’t matter that Anna climbed from fourth to first place, it happened and broke through from the sixth. It is important that today both of our girls showed us a real miracle, presented a holiday of sport. We are proud of our skaters, ”said Yagudin.

Nevertheless, the famous athlete drew attention to some negative episodes of the tournament. So, he was dissatisfied with the work of the judges on Skate America, expressing the opinion that they slightly underestimated the points to the Russians.

“I do not completely agree with the estimates at this start, including for the shortcuts of both Tuktamysheva and Shcherbakova in the short program. I’m not entirely in agreement with the points and in the arbitrary, but I’m not a judge, but a commentator, ”the four-time world champion admitted.

He separately drew attention to the ratings of the skaters for software components, focusing on the points of Tuktamysheva. According to him, given her artistry and skill, she could count on much more than 64.30 points.

“In my opinion, Tuktamysheva generally demonstrates an absolutely mature, well-skated skating with her own charm, which cannot be estimated at such low scores in the second assessment,” concluded Yagudin.

Averbukh also agreed with him, according to which Elizabeth was entitled to count on a silver medal.

“In the free program, Tuktamysheva showed a crazy performance. I think it was not entirely correct refereeing that prevented her from taking second place. According to Alexei Mishin, she is a guiding star for all skaters over the age of 15-16. It demonstrates that even at a more mature age, you can continue to show outstanding results, ”added Averbukh.

The head of the FFKKR was also pleased with the rental of Tuktamysheva, he especially noted her ability to remain collected in difficult situations.

“Elizaveta Tuktamysheva in the most difficult circumstances, in extreme competition, managed - she made two triple axels, once again demonstrating the fruits of serious work with coach Alexei Mishin,” Gorshkov emphasized.

The mentor himself said that his ward fought on equal terms with Shcherbakova. He drew attention to the fact that at the moment Tuktamysheva remains the only skater performing a triple axel.

“These are elements from the arsenal of men that not everyone performs so well. She remains one of the few skaters who owns this unique jump, ”Mishin said.

He admitted that he considers the refereeing at the Grand Prix stage in the USA controversial, but assured that Tuktamysheva will continue the struggle for reaching the final of the competition.

“To compete with US representatives on the American continent is very difficult. Not because they are far superior to us, but because houses and walls help. But we, of course, will fight for reaching the final, ”the expert added. 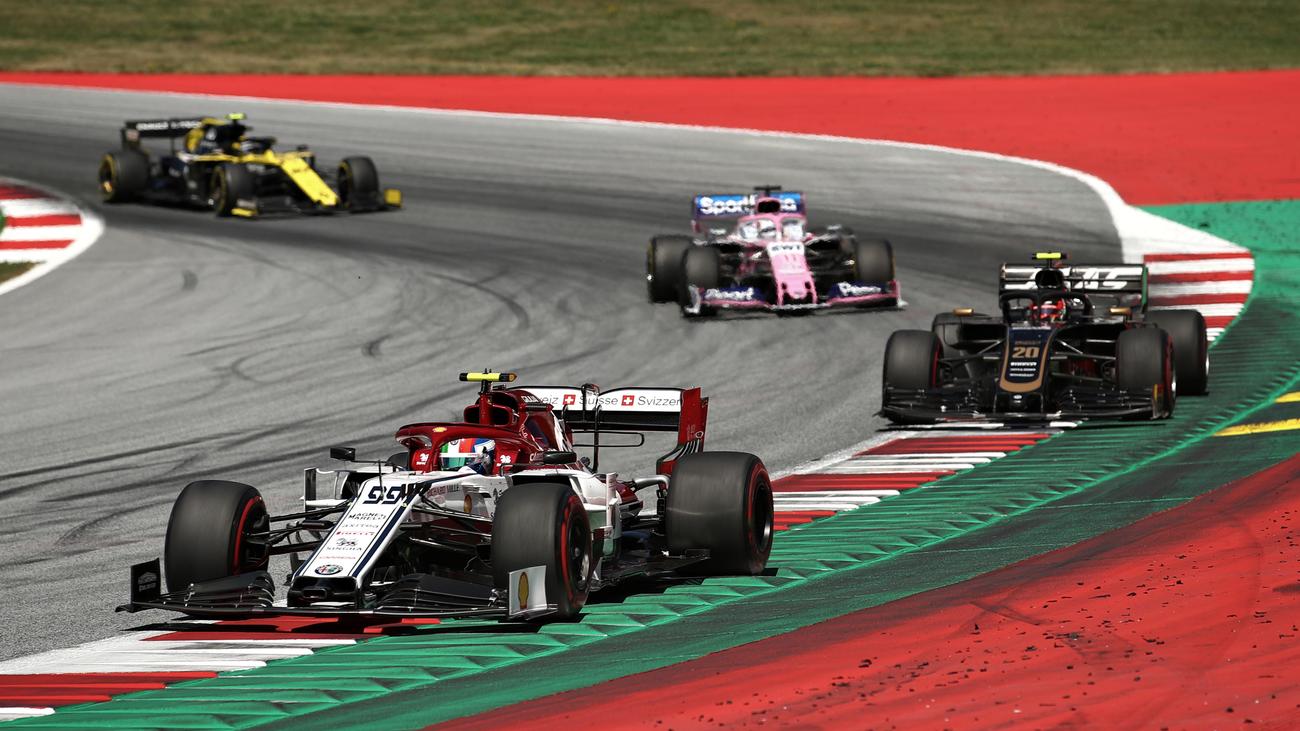