The character of Khabib, parting words of his father and the importance of UFC 242 for the UAE: what they say five days before the fight Nurmagomedov - Porrier

In anticipation of the fight for the UFC lightweight champion title between Khabib Nurmagomedov and Dustin Porrier, many experts note the character of the Russian. According to American mentor Mike Brown, in the octagon, Habib puts enormous pressure on his rivals, forcing them to give up. The father of the current owner of the belt, Abdulmanap Nurmagomedov, assured that his son would adhere to one tactic, and also admitted that he would tell him before the fight. Meanwhile, the Russian himself noted the importance of the UFC 242 tournament for the host country - the UAE. 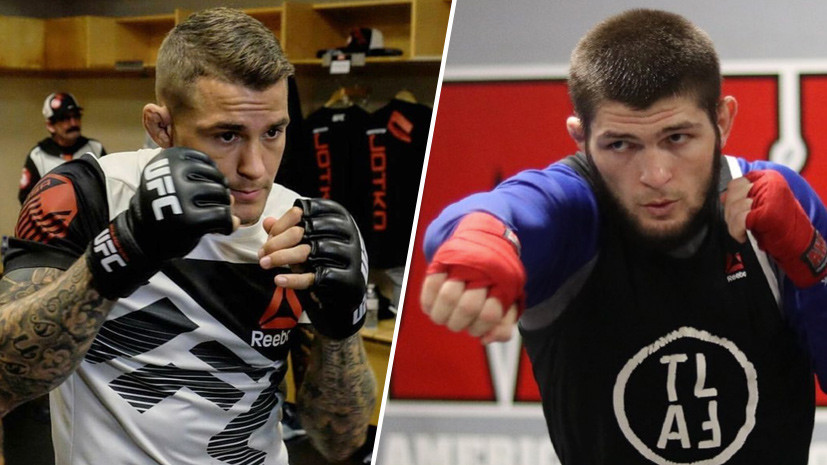 Five days are left between the Russian Khabib Nurmagomedov and the American Dustin Porrier. Experts, media and fans are looking forward to the meeting, after which it will become known the name of the best representative of the lightweight category in the world. The title match, crowning the UFC 242 tournament in Abu Dhabi, will begin at 23:00 Moscow time. It was at this time that the fighters would meet in the octagon. The start of the evening itself is scheduled for 19 hours.

Of great interest among fans of mixed martial arts is not only the duel itself, but also everything that surrounds it. Particular attention is paid to how both athletes prepared for the main event in the world of mixed martial arts this year. Talking about his preparation process, Nurmagomedov admitted that he did not expect an easy victory and, if necessary, was preparing to spend the whole night in the octagon.

“Many people are hungry only on the way to the title. When they conquer it, they become famous, rich, and then they lose everything. But if a fire burns inside you, you will not change. Now I have just such a mood, I am also focused, motivated, I want to increase my legacy with every fight. Dustin must understand that when he enters the cell, he needs to be 100% ready. Otherwise, I will kill him. Let the best Dustin be in Abu Dhabi, ”the Russian said in an interview with the UFC Youtube channel.

In addition, he noted the importance of the tournament not only for the United Arab Emirates, but also for the entire region. According to the current champion, he will soon become one of the main centers of mixed martial arts in the world.

“Many acquaintances want to support me, they call and write, ask how they can get tickets. My family and friends will be there. Father is very happy to be with me in the octagon. When I told him this news, he decided that he himself would prepare, lose weight in order to look good. It will be a good memory for both of us, ”he added.

In turn, Abdulmanap Nurmagomedov pays tribute to the rival son. According to him, Porrier is in good physical shape, and therefore the current UFC champion must remain concentrated and adhere to one tactic.

“Do not flirt, you need one action - decisive, decisive. Or a translation, or a blow. Do not try yourself, experiment throughout the battle. We don’t need this, ”the Channel One website quotes the specialist.

At the same time, it is the father who is the main support of the fighter in Abu Dhabi.

“What will I say to my son before the fight? “You are the best!” Admitted Nurmagomedov Sr.

Many note the character of the Russian, which allowed him to achieve similar heights in mixed martial arts and gain 27 victories in 27 battles. According to one of the coaches of Porrier Mike Brown, few rivals are able to withstand the pressure of the Russian and provide decent resistance.

“Habib puts you in an uncomfortable position, exerting crazy pressure. And many fighters break down. But this will not happen with Dustin, ”the expert assured.

A similar position is held by another American mentor Phil Daru. He emphasized Nurmagomedov’s ability to move around the octagon and change the direction of strikes. At the same time, he noted that Porrier takes these characteristics of the opponent into account when preparing, and also suggested that the match will end with an early victory for his ward.

“Looking ahead, I can say that we will deal with him in the fourth round. We exhaust him. I know that sounds ridiculous, but we will try to get him to fight in a stance and will not let him transfer the fight to the ground. We will work along the corps, ”Bloody Elbow portal quotes Dar as saying.

The interim UFC lightweight champion himself spoke about his serious mood for the fight. He said that he was ready to take risks in order to confuse the opponent and unbalance him.

“Many, being on the ground, sit in the guard, and Habib binds their hands and hits. I will take a bad position to stand up, to turn it over, to make it work. It will be a tough fight. I just need to be myself. And I will prove that I am the best in the world, ”said Porrier.

Meanwhile, experts continue to share their predictions about the outcome of the battle. So, ex-UFC middleweight champion Luke Rockhold, who is well acquainted with Nurmagomedov for joint training, expressed confidence that the meeting will be dictated by the Russian.

“Dustin is tough, I will give him his due, but he had problems with rivals such as Eddie Alvarez. But Habib is not Eddie Alvarez. There is no one in Nurmagomedov’s division who can resist him. In training, not a single lightweight ever gave me a hard fight. Except him. With him I have to give all the best for 100%. He's just a beast, ”said Rockhold. 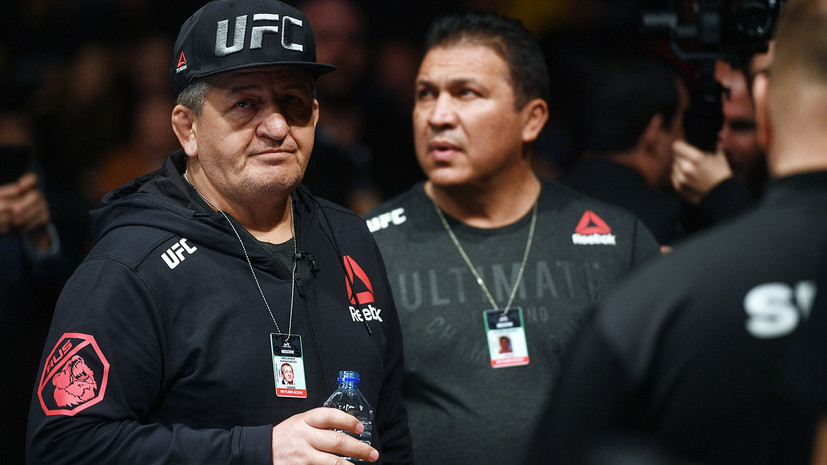 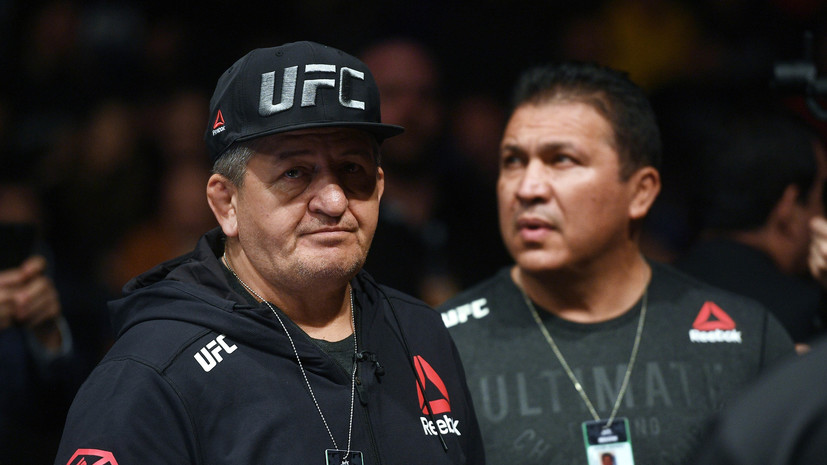 Sports 2020-04-26T05:56:39.926Z
“Coronavirus has not yet been confirmed”: Abdulmanap Nurmagomedov was hospitalized with suspected pneumonia 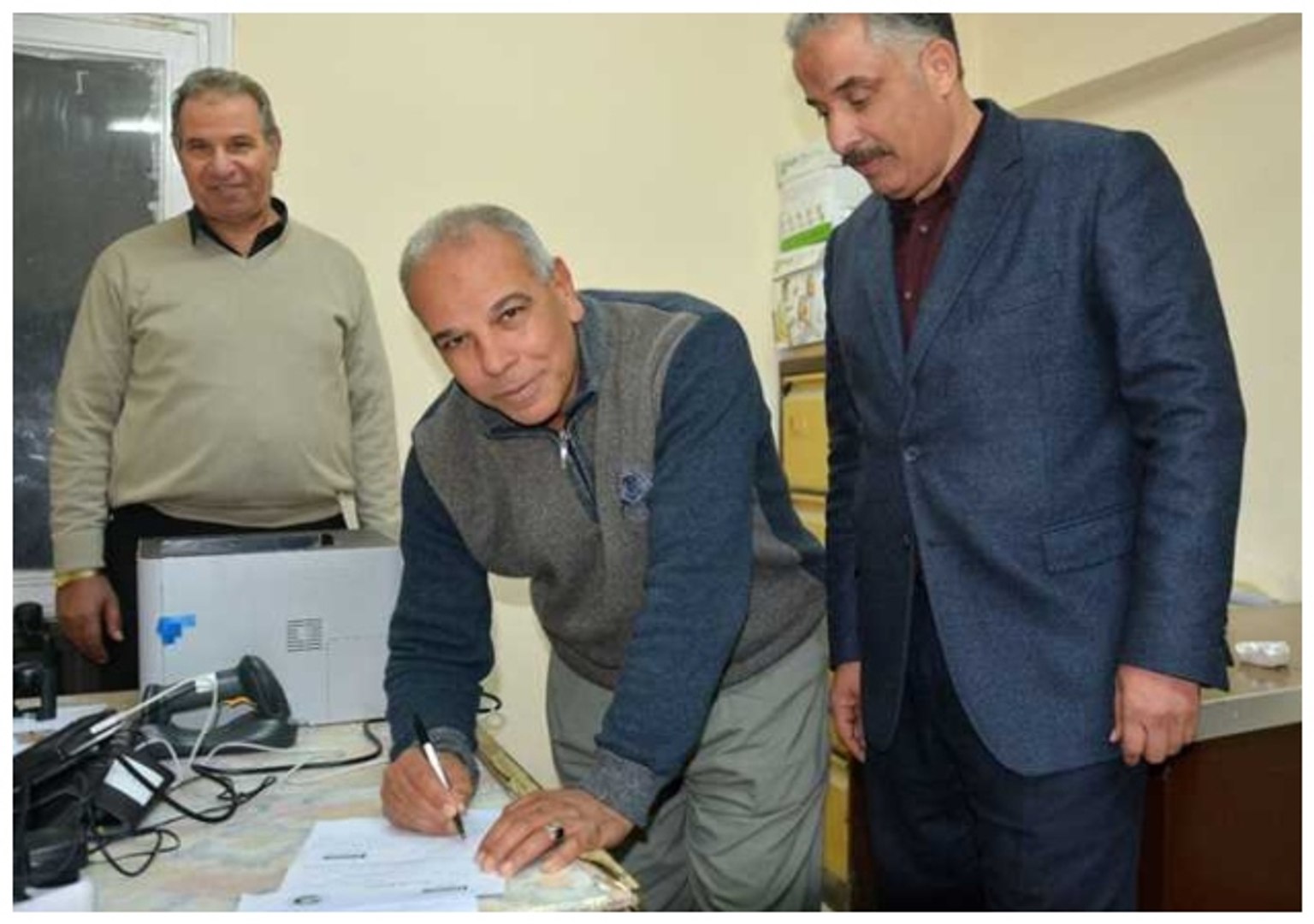