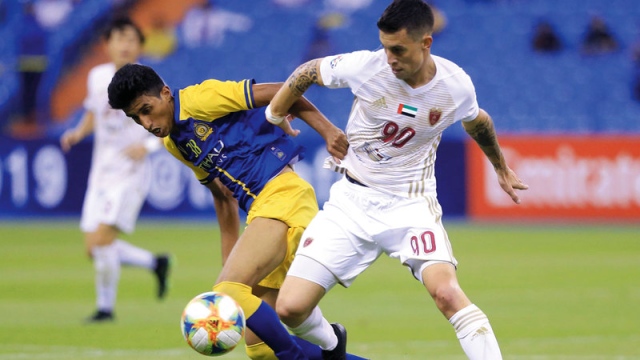 Al Fujairah team will be visiting Al Wahda team today at Al Nahyan Stadium in the capital Abu Dhabi at 7:15 pm, starting the two teams' local trip by participating in the first round of the Arabian Gulf Cup.

Annabi seems to be better prepared than Fujairah after his recent participation in the final round of the AFC Champions League, the start of his preparations for the next season early, in addition to his last game in the AFC Champions League against Saudi victory at home and home, but he will miss his star and goalscorer Argentine injured Tigali, as well as the Brazilian Leonardo, who has officially announced his disengagement from Unity, has yet to determine his next destination, saying he is confused between domestic and foreign performances.

Fujairah is looking to continue its preparations for the league championship, as well as the Algerian coach Majid Bouguerra seeks to achieve a positive result in his first technical test with «wolves», in preparation for the competition of the Arabian Gulf League, which will be repeated The two teams are also on their first rounds in September.

Al Wahda plans to win all possible titles including the Arabian Gulf Cup, having achieved it in the 2016 and 2018 seasons. Annabi gives due respect to this tournament and takes it seriously, which will make it difficult to face Fujairah, especially as Annabi wants to heal his Asian wounds, after he bid farewell to the continental competition of the round of 16 after the loss of Saudi victory in the aggregate.

Algerian Majid Bougherra said during the press conference that he aspires to build a strong team with a strong personality that will highlight the identity of the Fujairah club in UAE football. He continued: «Al Wahda is a team without definition, one of the teams that compete for the tournaments, and we are ready for this game, and I am happy with all the players, and I have a business project in Fujairah needs time to apply», hoping to show the result of previous work during the upcoming games.

Al Wahda seeks to heal its Asian wounds by winning the first match of the Arabian Gulf Cup today.