Schubert "lying" Salah's remarks: his tweet about Amr Warda in agreement with the President of the Union

Former Egyptian Football Association (FFA) vice-president Ahmed Shobair, who resigned after leaving the African Cup of Nations with the rest of the African Union, denied all the statements made by Egyptian star Mohamed Salah during his televised interview with CNN. 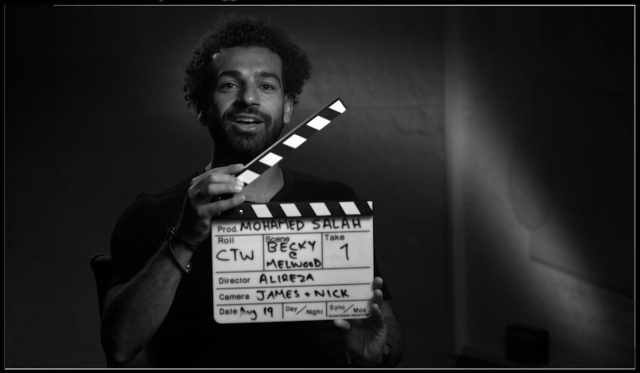 Former Egyptian Football Federation (FFA) vice president Ahmed Shobair, who resigned after leaving the African Cup of Nations with the rest of the African Union, denied all the statements made by Egyptian star Mohamed Salah during a television interview with CNN, accusing the Egyptian Football Federation of discipline during The tournament also confirmed that the player did not intervene to return the player Amr Warda to the camp.

"The national team hotel was inside Cairo airport, so none of the fans could reach the hotel except the families of the players in agreement with the security forces, which prevented me from entering before asking permission from the general supervisor," Schubert said. The team and the President of the Federation Hani Abu Rida, and the players did not appear definitively, especially Mohamed Salah, in any television interview in which he talked about the existence of any crisis because of the camp team.

Regarding the player's failure to intervene in the crisis of Amr Warda and returning him to the Egyptian team, Schubert said: “For the first time, I will speak frankly to all the players who agreed with Engineer Hany Aburaida and spoke with him, including Mohamed Salah, the most important player in the team. After the decision, the players asked him not to leave until the end of the game, during which Ahmed Al-Mohammadi scored a goal and raised the player's number.Thus, the players must be fully considered, and then the players asked the president of the Football Association to meet him after the game, and indeed they met with him. , On the official calculation p To the social networking site Twitter, about the woman at this time was in agreement with the President of the Federation Hani Aburaida, to ease the atmosphere and then the latter returned the player is sad and refusing to return, but to join forces all where they told him that this situation may happen to any player.

As for the need for Amr Rada for psychological treatment, which was confirmed by Mohamed Salah in his interview, Schubert wondered, saying: "Where Mohamed Salah from Amr Warda during the past years are colleagues in the team of four years, and did he discover that only now."

Schubert concluded his comments: `` I wish to hear special statements about the players and that the team was not successful such as Algeria and Senegal, the players did not appear with 75% of the exit properly, especially as this generation is the one who reached the World Cup 2018, who arrived "Africa's last tournament, but questioning the board of directors resigned in full voluntariness is unacceptable."