Johnny Kroon's Swedish record of 1500 meters stood for 34 years. When Kalle Berglund finally beat, the new record did not last long. Tonight he improved it himself - after less than two weeks. - So pretty, he says. 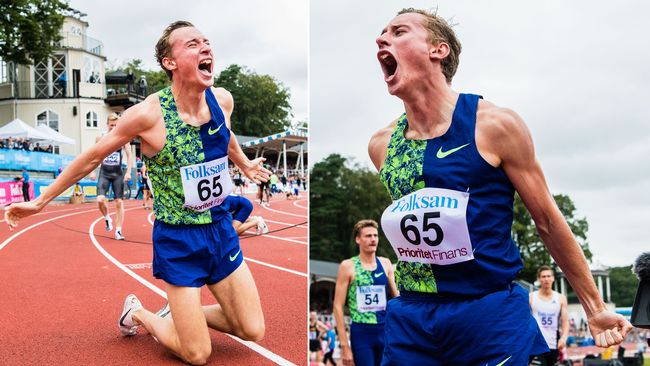 It was a time that was the Swedish record, until Kalle Berglund ran less than two weeks ago at 3.36.04 in Swiss Bern.

But the new record would not last as long. At the Gothenburg GP tonight he broke his new record - and ran for 3.34.89. In addition to a new Swedish record, there was also 1.11 below the World Cup qualifying limit, and next year's Olympic qualifying limit.

- So pretty, he exclaimed in SVT Sport, a few minutes after the race, and continued shortly thereafter:

- I felt in Bern, when I had to pull the last 700 myself, that I could have run faster a good day. So it was nice to get to it properly.

- I've had this capacity for a while. So to get this in Gothenburg for the home crowd, it was wonderful!

SVT Sports expert Kajsa Bergqvist was also impressed with her.

- What confidence he runs with! And what pressure he has in his legs! This moves him to a completely different level as a 1500 meter runner, she exclaimed, while Berglund cheered wildly and was widely praised by a euphoric audience.