Revenge for the Olympics: what to expect from the Russian national team at the World Championships in fencing in Budapest

The World Fencing Championship started in Budapest - the main start of this year and the key selection stage for the Olympic Games in Tokyo. In the first three days of the competition, preliminary bouts will take place, and on July 18, the medal draw will begin. A year ago, the Russian team played poorly at the World Championships, winning only one gold. What can we expect from this year's domestic athletes - in the material RT. 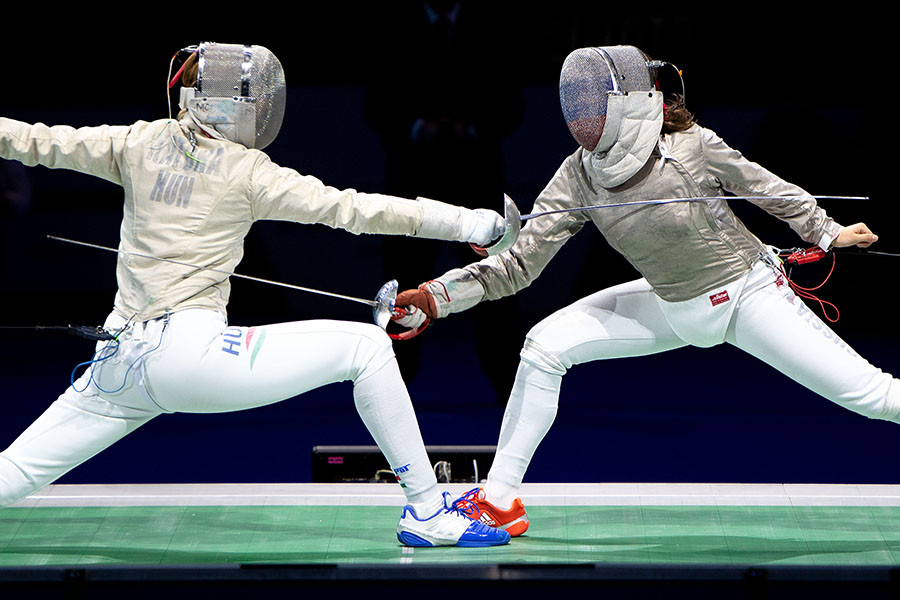 The previous world championship in Chinese Wuxi turned out for the Russian team frankly unsuccessful. Although the tournament began with Sophia Pozdnyakova's beautiful victory and Sophia the Great and Yana Egoryan on the women's podium on the podium in the women's saber, the sequel was not so joyful. A few days later, the girls won silver in the team tournament, and the men added only three bronzes to the total piggy bank.

The last time Russian fencers were content with one gold medal at major competitions in 2008. Then, at the Beijing Olympics, only the female rapier team won. Partly unfortunate performance of almost the whole team was due to a mistake in the training - the athletes had a long preparatory training in China, which adversely affected the physical and psychological condition.

The current world championship is taking place in Budapest, and the Russians were preparing for it in Bulgaria and at home training bases, without fear of confronting heavy acclimatization. Compared to last year, this world championship will have a more important status. His results will form the basis of the ratings, which will be selected for the Olympic Games in Tokyo. The qualification has already started, and the mistakes made at the World Championships will be corrected only at several stages of the Grand Prix next spring. Only the top five teams will automatically enter the Games.

The most powerful type of fencing in Russia remains women's saber. Sofya Velikaya currently heads the world ranking, Sofia Pozdnyakova takes third place in it, and Yana Egoryan is 11th - they all immediately get into the playoffs of the World Championship in a personal tournament and avoid preliminary bouts. The fourth participant from Russia will be the 20-year-old Olga Nikitina, last year's world champion among juniors.

Formally, fans may be cause for concern. At the European Championships, girls did not perform well in individual competitions. Only Nikitina, who reached the quarter-finals, performed at a higher level. The great one that won two personal tournaments at the World Cup was content with bronze, and Pozdnyakova and Yegoryan did not make it to the top eight at all.

But sablistski learned this unpleasant lesson and immediately rehabilitated in the team championship, winning gold. This success could have been even brighter if the Russians had won the French in the course of the tournament and won revenge for three defeats in the World Cup finals this season and at the World Championships in the past. But the leaders of the world rankings lost in the semifinals and dropped out of further struggle.

Russian saber players at the June European Championship left a double impression of themselves. Veniamin Reshetnikov and Kamil Ibragimov played gold in the final of the personal tournament and once again confirmed that it is not in vain that they are among the 16 best representatives in their discipline. But the team tournament for them and Dmitry Danilenko with Konstantin Lokhanov did not work out. All of them lost to Romania in the quarter finals and could not even fight for the bronze.

The personal success of Reshetnikov and Ibragimov in Düsseldorf became a breath of fresh air. During the season, neither they nor other Russians could win medals at the World Cup stages. Unfortunately, success at the European Championship does not make them the favorites of the upcoming world championship.

The strongest sabers for the moment are the American Eli Derschwitz and the Korean O San Uk. Both are champions of their continents and have strong support within the teams. The path to gold they release an unexpected departure from the sport of another Korean athlete Kim John Hwan, who won the last World Cup.

In the team, the Russians performed a little more successfully during the season and sometimes turned out to be on the podium. At the World Championships, it will be difficult for them to repeat this result, but it is extremely necessary - in the world rankings, the Russian men's national team on the saber is in fifth place, and in order to get to the Olympics, it is impossible to go below.

Perhaps the saber will be able to inspire the success of Alexei Yakimenko. The eight-time world champion left the sport after failing at the Games in Rio, but now he returned to the sport and joined the Russian team as a substitute. His appearance on the track is not planned yet, but if the coaches trust the 35-year-old athlete, he can help partners if necessary.

Three Russian athletes without selection will play in the playoffs of the World Championships in the women's foil. This weapon could also be considered the strongest in domestic fencing, if not for the constant competition from the Italians. They have intensified this season thanks to the return of Olympic champion Eliza Di Franchiska. The 36-year-old athlete not only triumphantly resumed her career at the World Cup stage in Algeria, but beat Inna Deriglazova in the European Championship final.

In a sense, the defeat of the Russians can be called a shock. Before the meeting in Dusseldorf, the Olympic champion of 2016 suffered only two defeats in a season and was left without a medal only once. Deriglazova won six stages of the World Cup out of eight - who couldn’t consider her to be the best rapirist of the world. But the European Championship showed that even she is not guaranteed gold in the main tournament of the season.

After the personal tournament, Deriglazov and Di Franchisck will most likely continue to sort things out in team competitions - the confrontation between Russia and Italy is considered a classic of the female rapier. The last round, which took place at the European Championship, was left for the Russian women - they won the semi-final fights, after which they won gold in a dispute with the French women leading in the world rankings.

The rest of the Russian girls, Anastasia Ivanova, Larisa Korobeynikova and Adeline Zagidullina, should first of all rely on the team championship. The first two of this season managed to win personal medals, but their main successes were connected with the team tournament. In it, the Russians have every chance of winning.

The male team of rapierists has more modest requests. This season, they pleased only once, when the Italians beat the final of the World Cup in Paris. True, half a year has passed since then, and only two Olympic champions in the Russian team, Timur Safin and Alexey Cheremisinov, managed to declare themselves in the international arena. The first won the bronze of the last stage of the Grand Prix in Shanghai, and the second reached the semifinals of the European Championship.

A year ago, the Russians managed to win team bronze at the World Championships, and due to that result, they are still fourth in the ranking. To repeat that success, it is desirable for Russians to avoid meetings with Italy. Making an effort on themselves, the Russians will be able to compete with representatives of other countries.

As for personal medals, Safin and Cheremisin remain aspirants, but they, too, must be lucky with the draw. The main favorite is Italian Alessio Foconi, who won both the personal gold of the European championship, and two stages of the World Cup, and the world championship a year ago. Brightly started the season, Briton Richard Cruise, but recently his success has been modest. If anyone can deprive Italy of a championship double, then this is the American Flight Imboden, deservedly following second in the ranking of the best rapiers of the season.

Sword is the most unstable weapon of Russian swordsmen. At a truly high level, only Violetta Kolobova speaks. Thanks to her, Russian shpazhistkam managed to win the World Cup medals and reach the final of the European Championship, in which they were defeated by Poland with a difference of one injection. Also, only Kolobova managed to climb on a personal podium. The rest of the girls were far from that.

Lyubov Shutova has not yet returned to her level. An experienced athlete who won the bronze at the European Championship in 2002, returned to the sport after the Olympics, but only once reached the 1/8 finals of international competitions. At the World Championships, she has already dropped out of her personal struggle and can now help win a medal only in a team tournament.

It is difficult to expect that Tatiana Andryushina and Violetta Khrapina will also achieve personal success. They made their way to the 1/32 finals and on Thursday will continue to perform, but their paths may soon cross with strong athletes. Both of them later, two laps can get on the two strongest skewers of the world - Italian Maru Navarriu and Romanian Anu Maria Popescu, who fought for gold a year ago.

However, the earlier they finish their personal tournament, the more they will save on the team one. And in it, Kolobova will need the help of her friends to keep the Russian team in third place in the selection for the Olympics.

In the men's sword, the Russians show the most paradoxical results - rare successes in personal competitions and almost complete dominance in the team. They won three stages of the World Cup out of five, and at the same time took the gold of the European Championship. With an assessment of the last achievement, however, it is worth being careful. The Russians beat the unknown Danes in the final, and then with a difference of one shot.

If Sergey Bide, Nikita Glazkov, Sergey Khodos and Pavel Sukhov will still have good luck, then for their third consecutive hit on the podium of the World Cup you need not worry. However, in sport, this factor is the most unstable.

However, for a man’s sword there is a situation when not the strongest individual fencers make up an excellent team. Similarly, the Swiss and Koreans, who played the team gold last year, are doing well. True, in contrast to the Russians, these countries received at least one athlete who, without selection, went into the 1/16 finals of the individual tournaments.

Russia has the highest rating of Sergei Bida, who occupies the 18th place. At 26, he was able to win the World Cup for the first time in his career this season. For the most experienced Pavel Sukhova, this is not a special achievement, but now he cannot boast of it, benefiting only in team competitions. 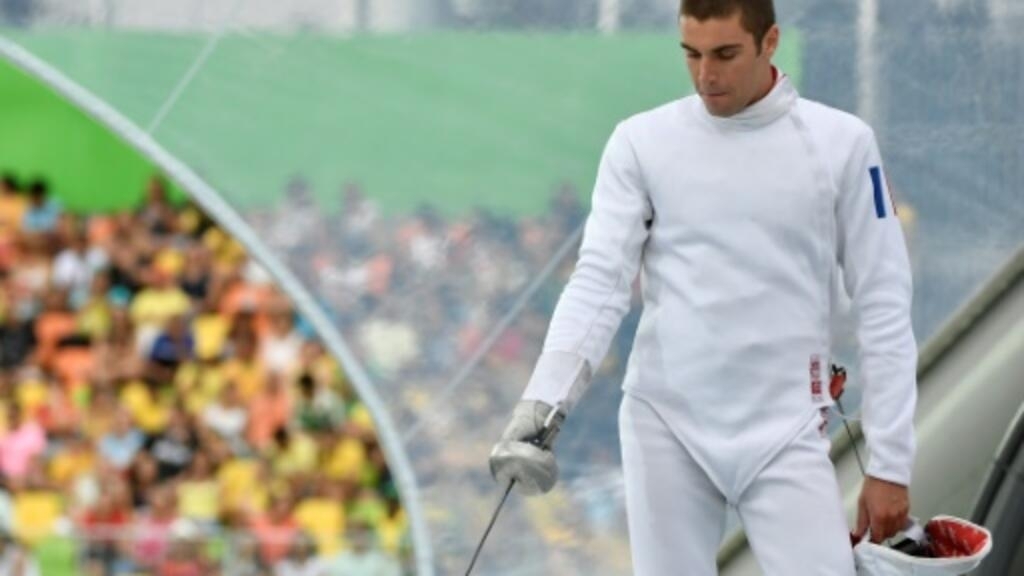 Modern Pentathlon: European money for Prades securing its place at the Olympics 2020 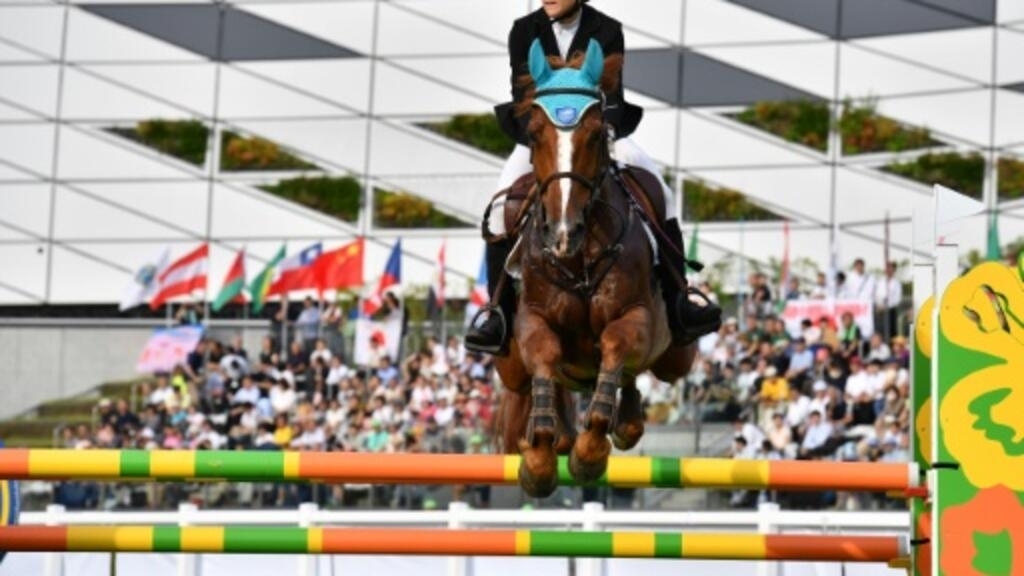 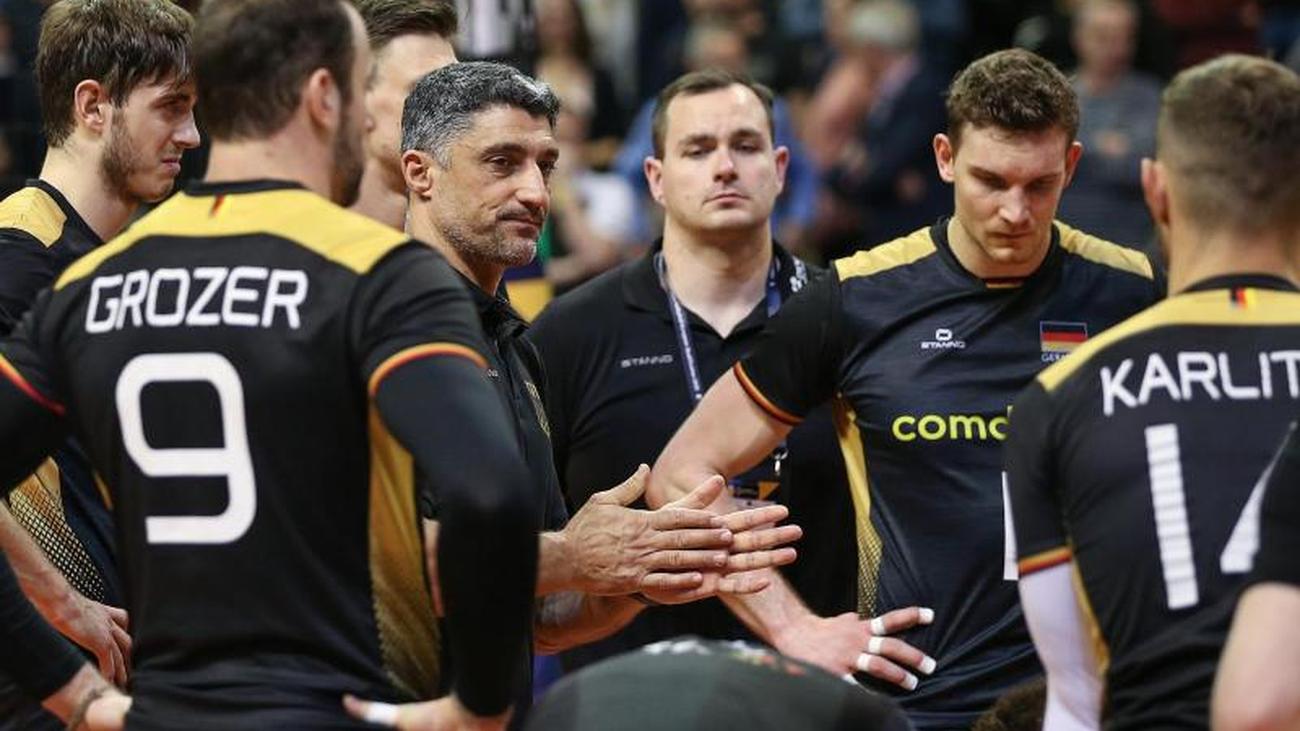 Tokyo dreams: German teams at Olympia 2020: who is there, who is not 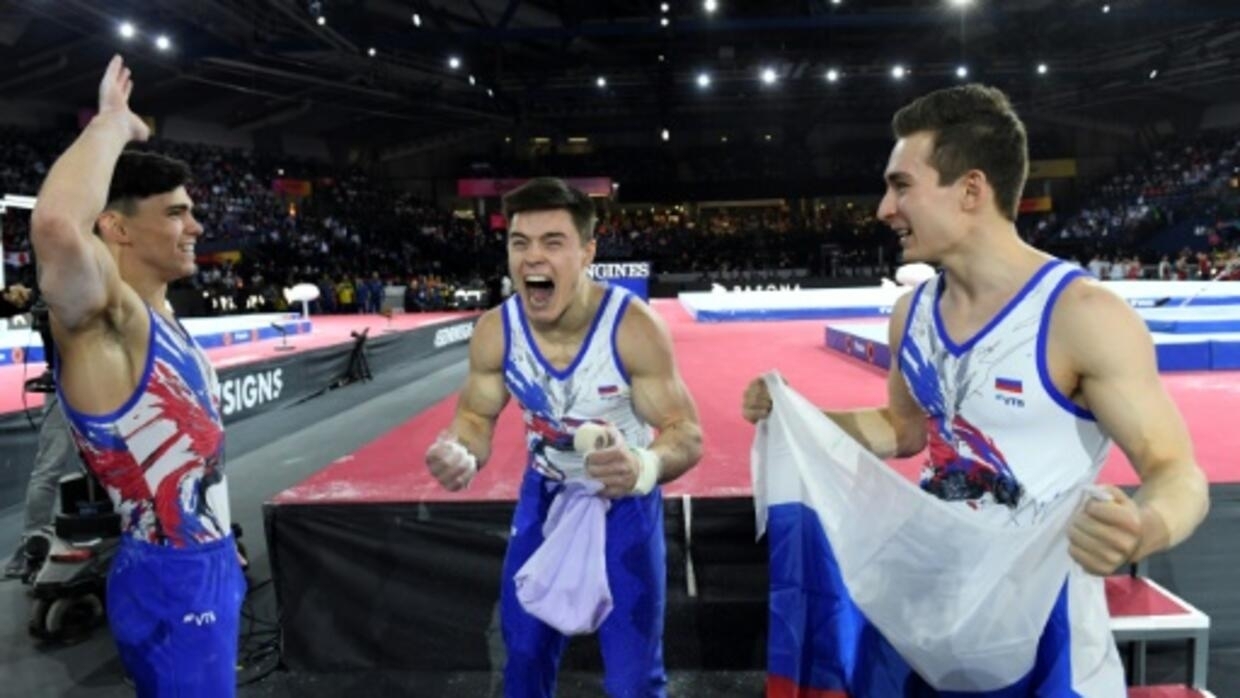 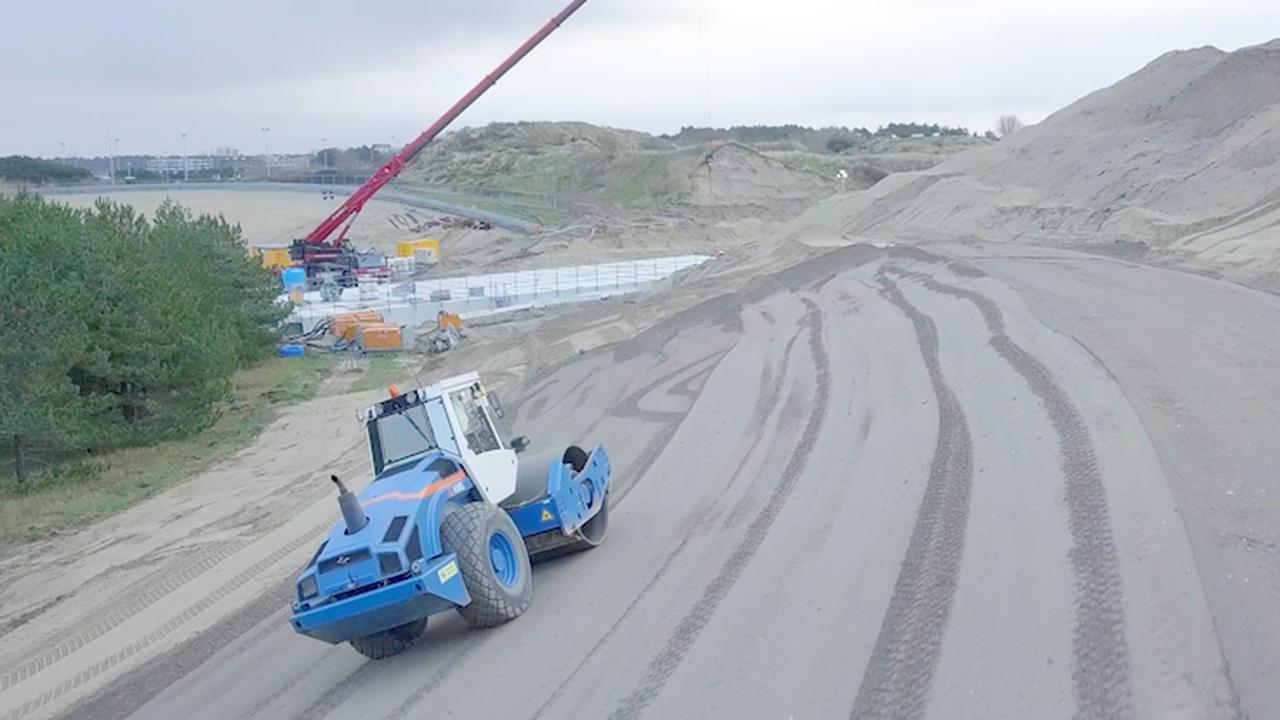 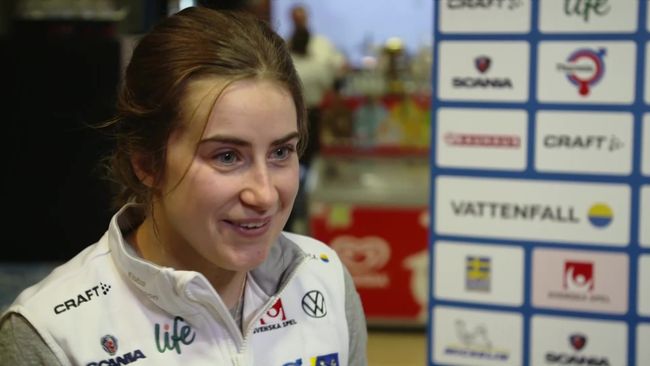 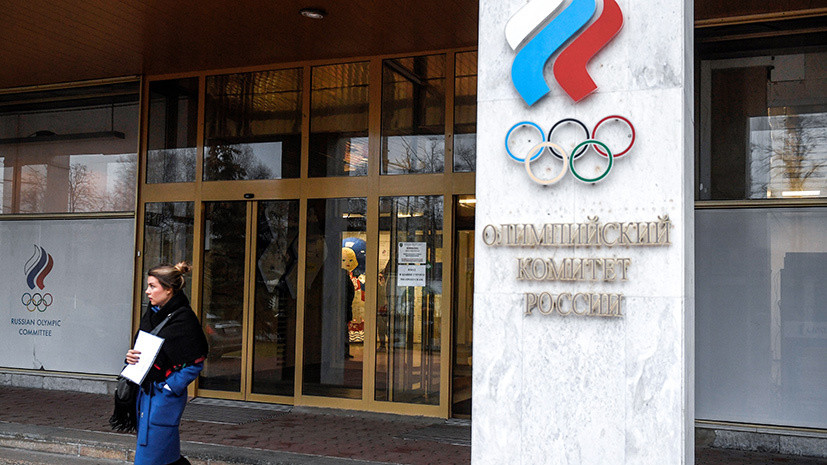 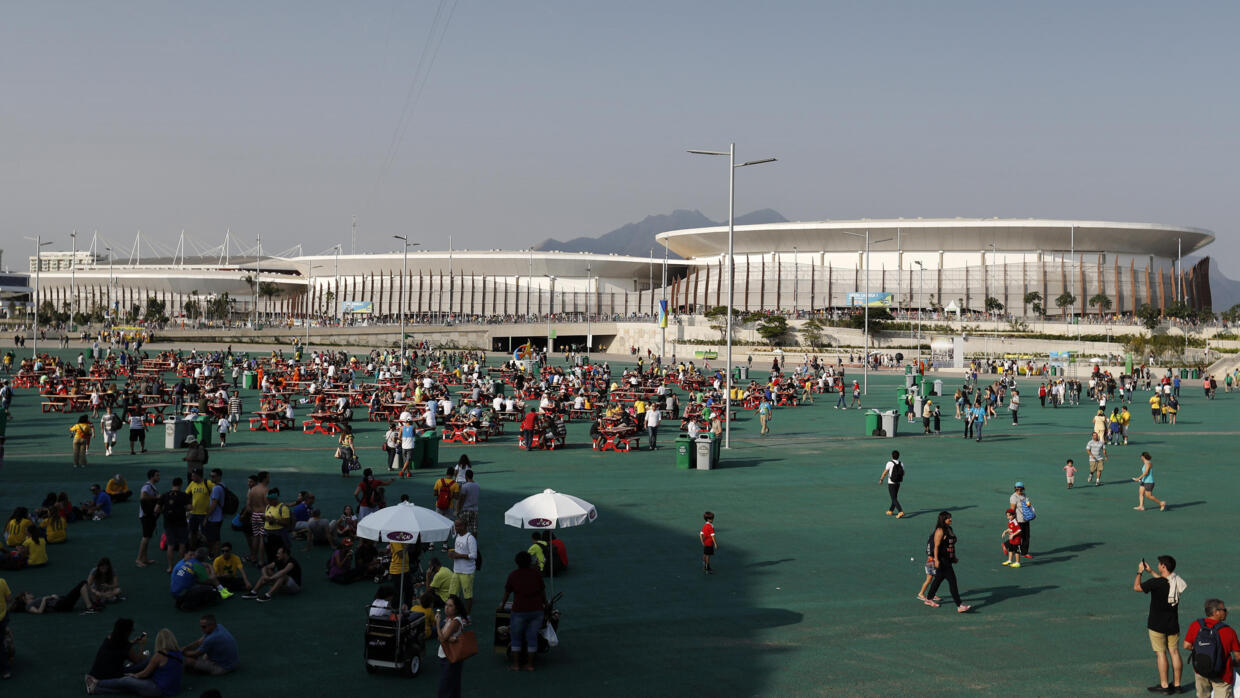 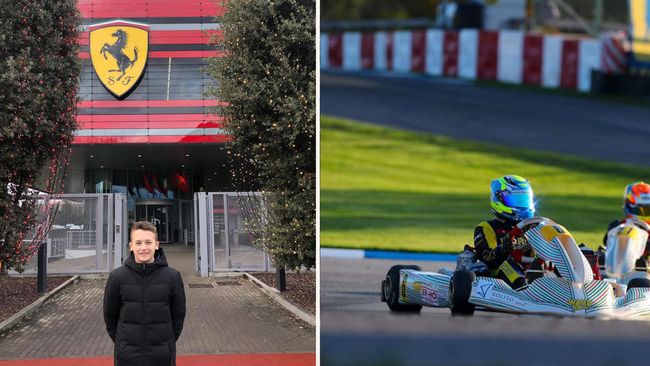 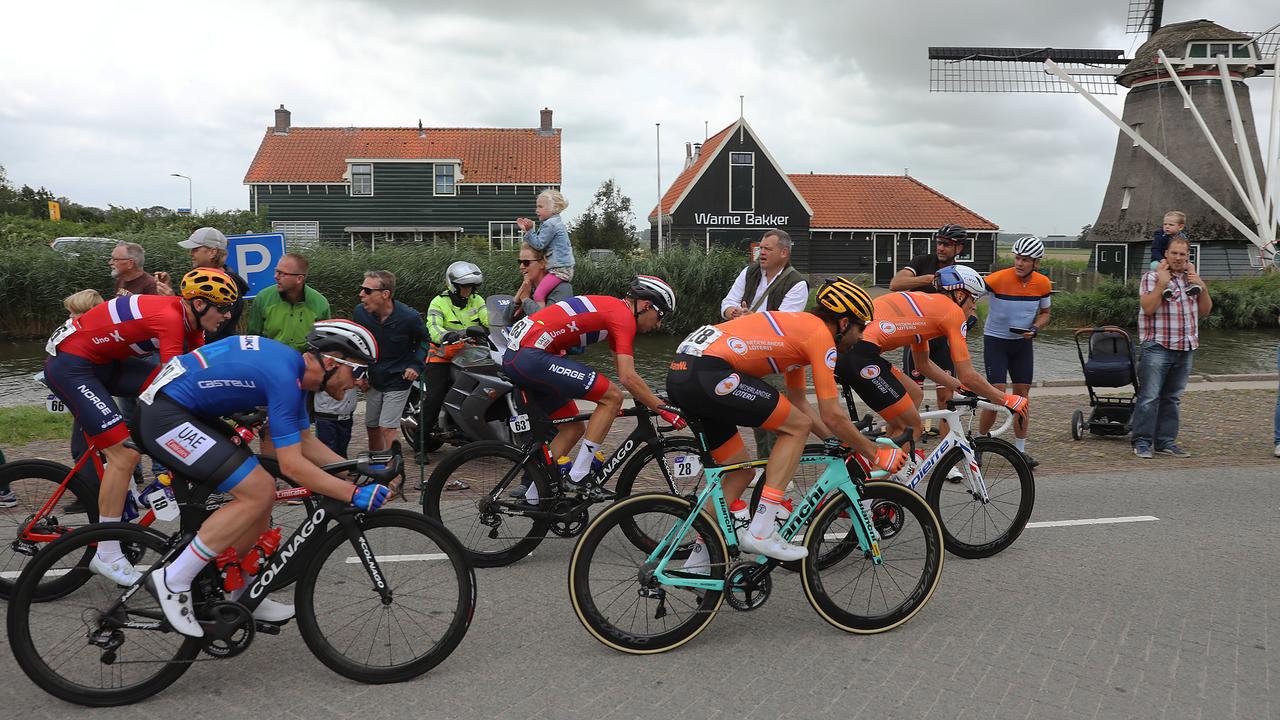 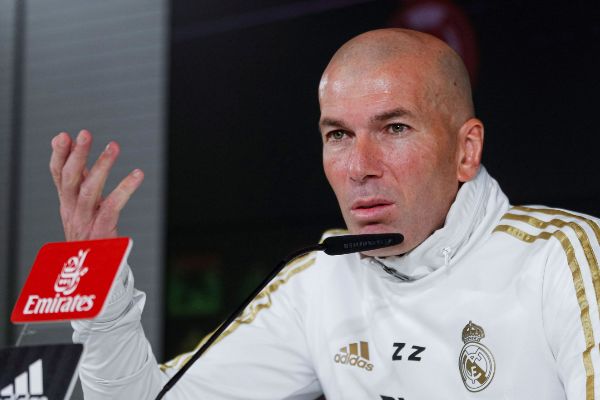 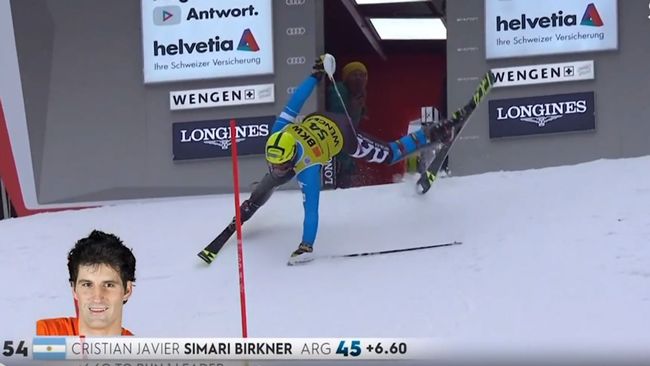 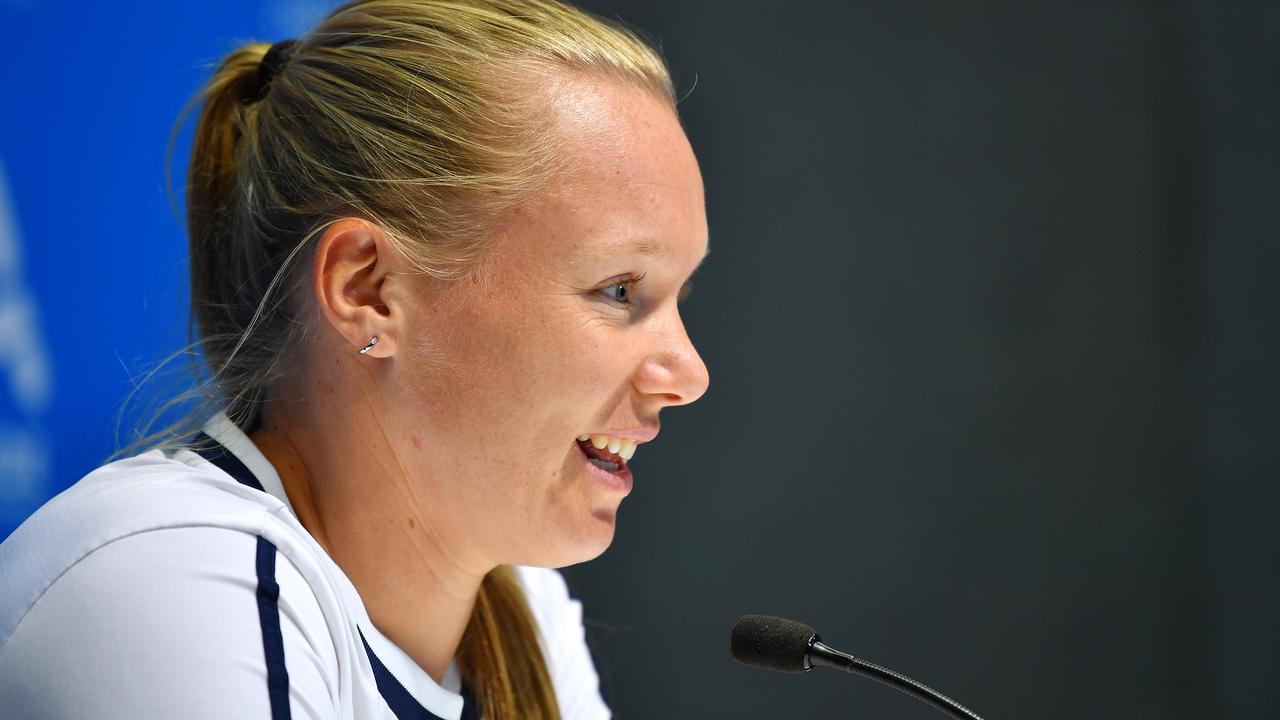