Covid-19: what do we know about the Omicron variant?

The new strain of Covid-19 Omicron has caused concern around the world since its discovery. If the uncertainty persists around its virulence, the scientists of the WHO wanted to be reassuring ... 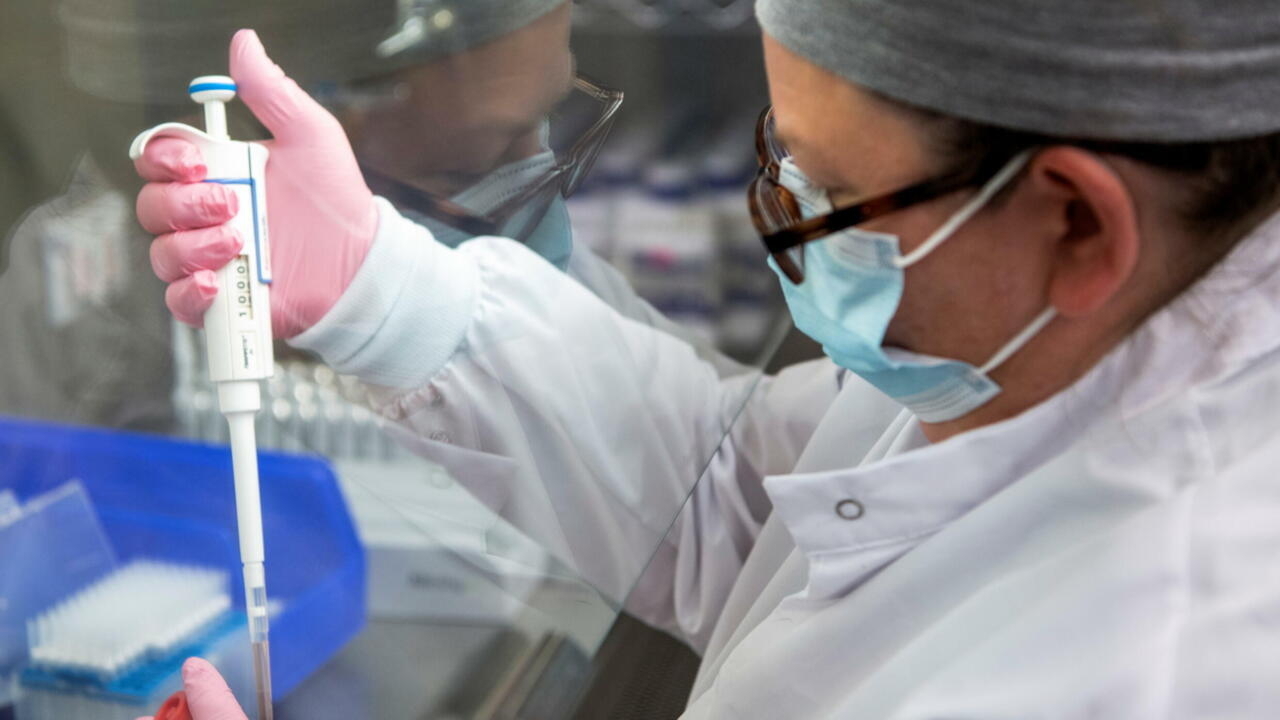 Officially reported in South Africa on November 24, the new Omicron variant is now present on all continents.

Cases have been reported in 57 countries, according to the World Health Organization.

In Europe, it has been identified in 19 countries, according to the latest figures.

Several of them, including France, have already taken measures to try to limit its spread on their territory.

A first three-dimensional image of this new variant, produced and published on November 27 by the Bambino Gesù hospital in Rome, shows that it contains in particular around thirty mutations in the "spike" protein, the key to entering the virus into the virus. organization.

This number, much higher than that of the Delta variant, aroused the concern of the WHO, which had qualified it as “worrying” at the end of November.

The White House adviser on the health crisis, Anthony Fauci, however assured Tuesday that it was "almost certain" that the Omicron variant does not cause more serious cases of Covid-19 than Delta.

WHO scientists have, for their part, displayed their serenity on the effectiveness of current vaccines against the severe forms that could cause this strain.

>> "Covid-19: the Omicron variant is not necessarily more dangerous than the Delta variant"

Researchers around the world are still hard at work trying to understand how it works and its potential impact on the Covid-19 pandemic.

To take stock of the state of knowledge concerning the new strain of the Sars-Cov-2 virus, France 24 interviewed Professor Michel Goldman, Belgian physician and immunologist, president and co-founder of the Institute for Interdisciplinary Innovation in Health of the Free University of Brussels.

France 24: What do we know about the contagiousness and virulence of the Omicron variant at this stage?

This variant is clearly more contagious. It is more easily transmitted from one individual to another. However, we do not yet know what symptoms it causes, as the only data we have is that collected on young people, especially in South Africa. Also, we do not yet have enough elements that would allow us to determine whether it is possible that it induces severe cases. Except in older individuals suffering from comorbidities, where we can already anticipate the fact that it can, like the Delta, induce serious forms.

One of the important questions is what will happen to the young people, and to the children. We do not yet have any information, but it will be very important to monitor it because children have hitherto been vectors of transmission, but have remained essentially spared severe forms of the disease. Until we have more information, it is essential for those who have already been vaccinated and who are eligible for the third dose to take this third dose, because it is possible that this new strain is less sensitive to the vaccine than the previous variants. For those who have not yet made the choice of vaccination, I think that the unknowns about this variant should encourage them to do so so as not to have to regret it later, especially the most vulnerable individuals.

Is the current Covid-19 vaccine effective enough against the Omicron variant?

We have learned with the Delta variant that these mutations, which increase the capacity of transmission from one individual to another, should lead to accelerating the vaccination.

We also know, thanks to the Delta, that in addition to a greater contagiousness, there is another characteristic which will undoubtedly be that of the Omicron variant, that of being more resistant to the vaccine.

So the vaccine, even if it continues to protect serious forms, and it is believed that this will be the case with Omicron as is the case with Delta, may be much less effective in terms of reducing transmission. However, it will still be so because vaccination works in multiple ways. On the one hand, the antibodies, whose production it induces, recognize different regions of the protein (target of the vaccine), some of which will not have mutated. On the other hand, the vaccine not only acts on the antibodies but also on the lymphocytes, which themselves have different recognition systems and which should therefore be less sensitive to mutations.

It cannot be ruled out that a new vaccine should be designed for this new strain.

The question that arises today is whether we should consider Omicron as a variant with a greater degree of variation than the previous ones or whether it should not be considered a new virus altogether.

This we do not yet know.

Can we attribute the appearance of the Omicron variant in South Africa to the low vaccination rate in the country (25% of the population fully vaccinated by December 5)?