No more showing every workout that he is the best; that is the most important lesson for Patrick Roest after the painful end of his previous skating season. An interview about the tranquility on the farm, mental guidance and surprises at the Winter Olympics. 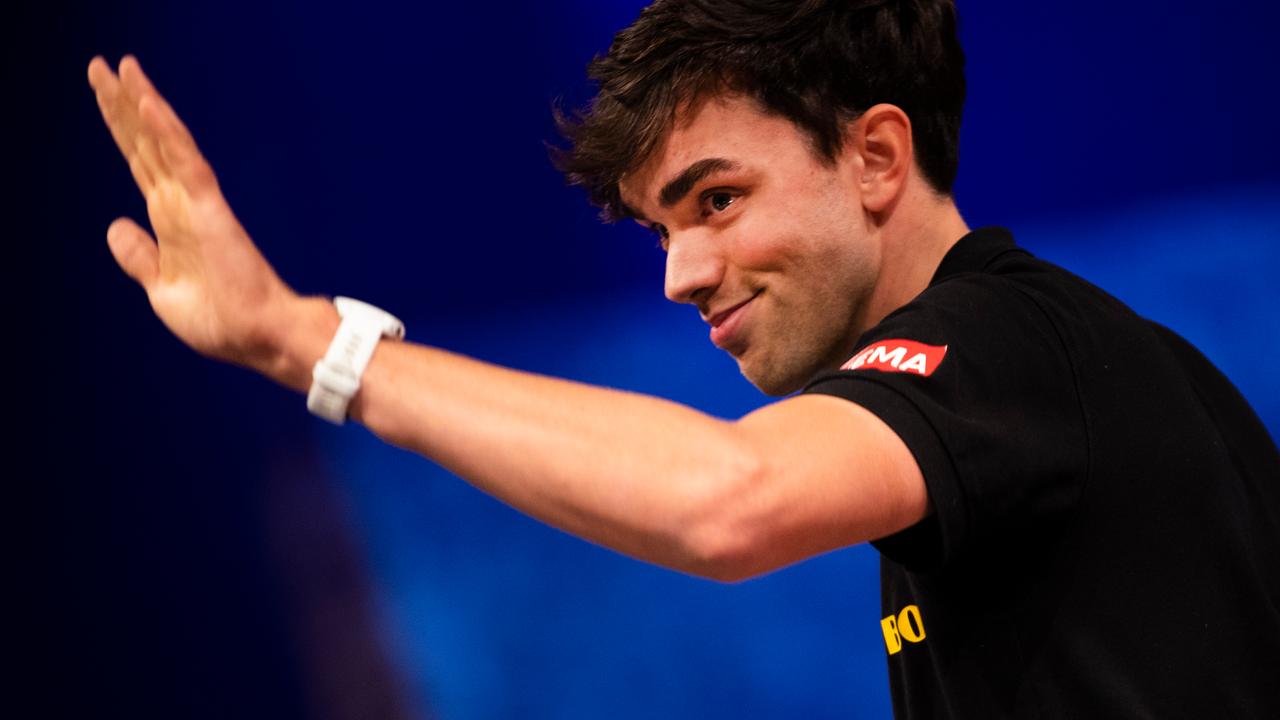 No more showing every workout that he is the best;

that is the most important lesson for Patrick Roest after the painful end of his previous skating season.

An interview about the tranquility on the farm, mental guidance and surprises at the Winter Olympics.

After the winter, Roest immediately went to the place where he will always return.

He stayed on his parents' farm in Lekkerkerk for almost four weeks, so that he did not have to deal with one of the most painful races of his career alone in an apartment in Heerenveen.

Between the cows, the memories of the 5 kilometers at the World Championship distances faded for a while.

Roest started out as the top favorite in Thialf in mid-February - just like a year earlier in Salt Lake City - but again he missed his first gold medal in the global distance championships.

After his race, Roest sat on a bench in the middle ground for minutes, with a hood on his head and his eyes on infinity.

"I knew that I had not got everything out of it, that's why I was so devastated," says 25-year-old skater Jumbo-Visma in conversation with NU.nl more than six months later.

"I felt guilty towards myself because I know I can do better. That was very painful."

Roest couldn't just forget that feeling, not even after spending a month in familiar surroundings.

And maybe that's a good thing, because in February he wants to take revenge on the highest podium at the Olympic Winter Games in Beijing.

"The pain of the World Cup distances remains annoying, but it certainly helps to motivate me for next season. I am now working on getting even stronger, so that in a few months no one will be talking about that failed tournament in Thialf, but about a winter in which things did go well. That is my big goal."

Roest spoke to a mental coach for the first time

With the help of his coach Jac Orie, Roest spent the past few months thinking about what went wrong last February.

And what they can do to prevent a recurrence.

There is no doubt that the South Hollander has the talent to become an Olympic champion.

The crux is that he has to show that less often.

"When I drove a top race at the weekend, I wanted to have that feeling in the training sessions as well. And so I started to drive faster every time, too often too much. That eventually broke me; at the World Cup I was over my top form to."

So Orie is now going to tell you to take it easy?

"During the season, and certainly towards the peak times, he will certainly say that I no longer have to show how strong I am in every training session."

That sounds like something that can be easily repaired.

"Absolutely, it's great that I can get started with this. But I can never say with 100 percent certainty that this was the biggest problem, that's the difficult thing about top sport."

To the outside world, a 'mental problem' is always an easy explanation for an athlete's poor performance.

"People really seemed to think last season that it was in my head that I couldn't perform when I had to, but I don't think that's the case. That didn't come from the conversations I had with my mental coach. ."

Did you talk to that mental coach for the first time this summer on the advice of Orie?

"That's right. I wouldn't get started with that very quickly on my own, but I've always had a lot of confidence in Jac's plan and now also believed in his story why a mental coach could help me. give it a chance, even if I don't really like it. Jac said, 'If you don't like it, just say so and we'll stop.'"

And have you stopped taking it yet?

"Not yet. I also just think it's interesting, it's not very philosophical and quite clear. From tests we did, personal things came out that were very recognizable, but that I wouldn't tell others very quickly on my own. It's easier and for example Jac can help me better. I'm glad I took this step, but we'll have to see how it works out in the winter."

'I want to surprise people again'

Four years ago, before the Pyeongchang Winter Games, Roest was in a completely different position.

Nobody expected anything from him and he was already delighted that he qualified in the 1,500 meters for the event in South Korea.

"I remember most how I heard I was qualified," says Roest.

"A day after the Olympic qualifying tournament, on New Year's Eve, it was not quite sure that I was allowed to participate. I was in the Krimpenerwaard watching an Oliebollenloop in which my brother was participating, when I received a call that I was in the Olympic selection. was a very special and beautiful moment. And my silver medal in the 1,500 meters only made the story even more beautiful."

Do you ever long for the time when no one expects anything from you?

"Ha, that was nice and quiet. The previous Olympic season was great fun, because I did all kinds of unexpected things. But I don't mind that people expect something from me now, because I put that pressure on myself too. surprise people again in winter."