The Dutch government leaves Afghans who still want to be evacuated in great uncertainty, asylum lawyers say. In conversation with NU.nl, they sound the alarm: the Afghans can no longer contact them in any way and do not know where they stand. 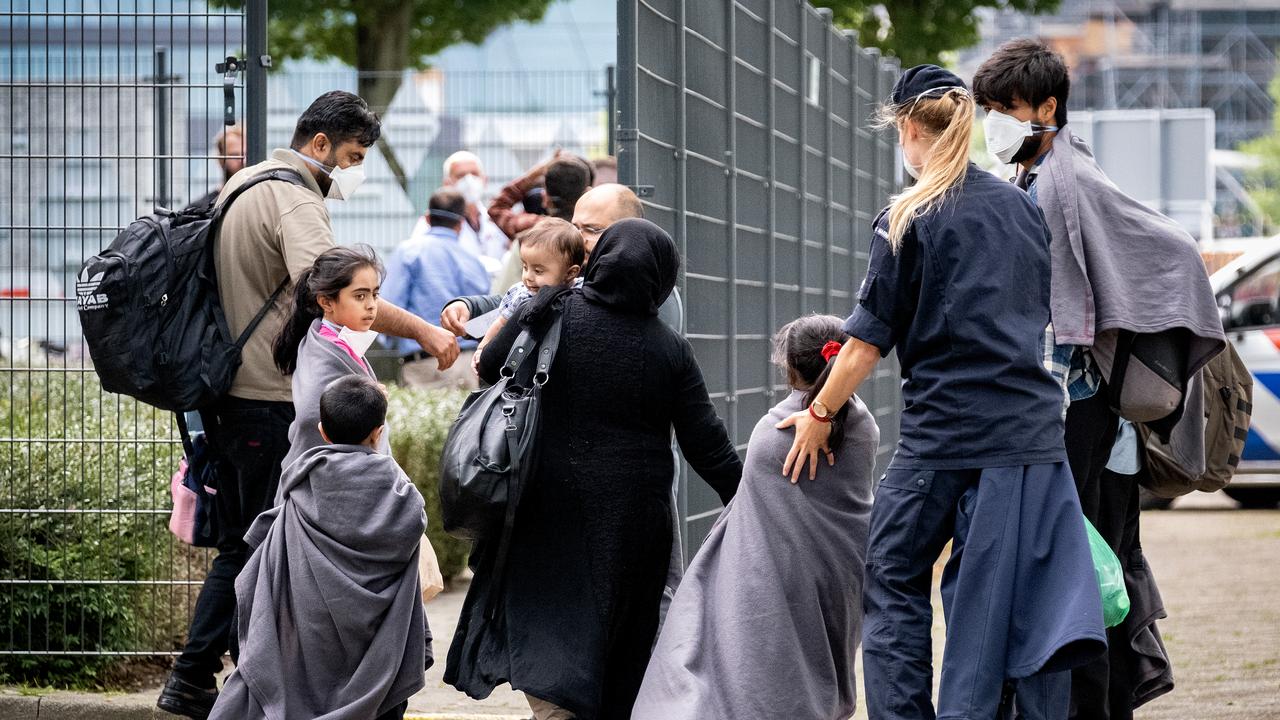 In conversation with NU.nl, they sound the alarm: the Afghans can no longer contact them in any way and do not know where they stand.

Afghans who worked for years for Dutch aid organizations or the Ministry of Defense have been unable to contact the Ministry of Foreign Affairs since last Friday. On that day, the government decided to stop registration via Kabul@minbuza.nl. In Afghanistan, this led to confusion among Afghans who want to be evacuated to the Netherlands, according to lawyer Barbara Wegelin, who represents about ten Afghan families.

"It is completely unclear where they stand," says Wegelin.

"They have to make do with rumors and fragments of information. The Dutch government must announce who is on evacuation lists, whether it is possible to provide emergency papers, which family members can and cannot come. We are now dealing with an unreachable government that has nothing to do with it. You can't do that to people in hiding who fear for their lives."

What options do stragglers in Afghanistan have?

A tour of asylum lawyers - who all work for abandoned Afghans without financial compensation - yields the same picture.

According to them, the Ministries of Foreign Affairs and Defense and also the Immigration and Naturalization Service (IND) have stopped responding to phone calls and emails since the evacuations stopped.

Attorney Vivian Oliana has a senior officer from the former Afghan army as a client, who worked closely with Dutch military personnel in Uruzgan and Kunduz.

Now he and his family have to change hiding places repeatedly to avoid the Taliban.

“It reminds me of the drama in Srebrenica, when the Netherlands did not take its responsibility in time.

We have learned nothing from those dramatic events.”

Oliana sent a request three times to get the family on an evacuation list, but there was no response.

"It seems as if the government is trying to look away, debate and evaluate for as long as possible in the hope that the problem will resolve itself," said Oliana.

According to the lawyer, her client runs the risk of falling into the hands of the Taliban due to the lax behavior of the Netherlands.

Oliana: "History repeats itself. It reminds me of the drama in Srebrenica, when the Netherlands did not take its responsibility in time. We have learned nothing from those dramatic events."

Why does Germany manage to evacuate people?

She assists an Afghan employee of a Dutch aid organization who is in mortal danger.

"This man falls under the motion of D66 MP Belhaj, on the basis of which aid workers are entitled to evacuation. I reported him, but never heard back," said the lawyer.

"In addition to the immediate family, the local staff of the Dutch embassy could also bring live-in grandparents or others who were financially dependent on them to the Netherlands. Understandable, but why is that not possible for someone who works for an aid organization?"

“If there are secret talks going on to get people out of Afghanistan, fine.

But then say so.

Then we know where we stand.”

And then: how is it possible that the Netherlands has postponed evacuations, while, according to Wegelin, Germany has transferred Afghans overland to Pakistan in recent days?

And, she says, how come there are American charter flights carrying out evacuations?

And what about Afghans without a Dutch passport who, according to Wegelin, have arrived at Schiphol in recent days?

It was previously said that the Taliban only allowed citizens with foreign passports through the checkpoints.

Wegelin: "Be transparent, be clear, communicate! If there are secret talks going on to get people out of Afghanistan, fine. But then say so. Then we know where we stand."

During last Wednesday's parliamentary debate, it emerged that the outgoing cabinet, together with other European governments, is in talks with the United Nations Refugee Agency (UNHCR) and the International Organization for Migration (IOM).

It is being examined whether a program for "vulnerable Afghans" can be set up.

Outgoing Prime Minister Mark Rutte said that the Belhaj motion is only feasible if this international aid is called in.

The lawyers see it mainly as a way to put people off and to avoid personal responsibility.

"That's not how you treat family members of Dutch passport holders and people who were our allies for years."

Wegelin: "It is clear who is on the lists of the aid organizations and that is not thousands of people. Does the government want to send those people to refugee camps in Pakistan where they have to wait endlessly? That is not how you treat family members of Dutch passport holders and people who were our allies for years."

Oliana agrees with that view.

"The outgoing cabinet has a moral obligation to lend a helping hand to the Afghans who have supported us there. Now, before it is too late."