Such a company is the giant Evergrande, swaying on the brink of an abyss - the expert explains why the parable of Lehman Brothers limps

The Chinese conglomerate Evergrande is in trouble, but the impact of its failure on the global financial system could still be limited. 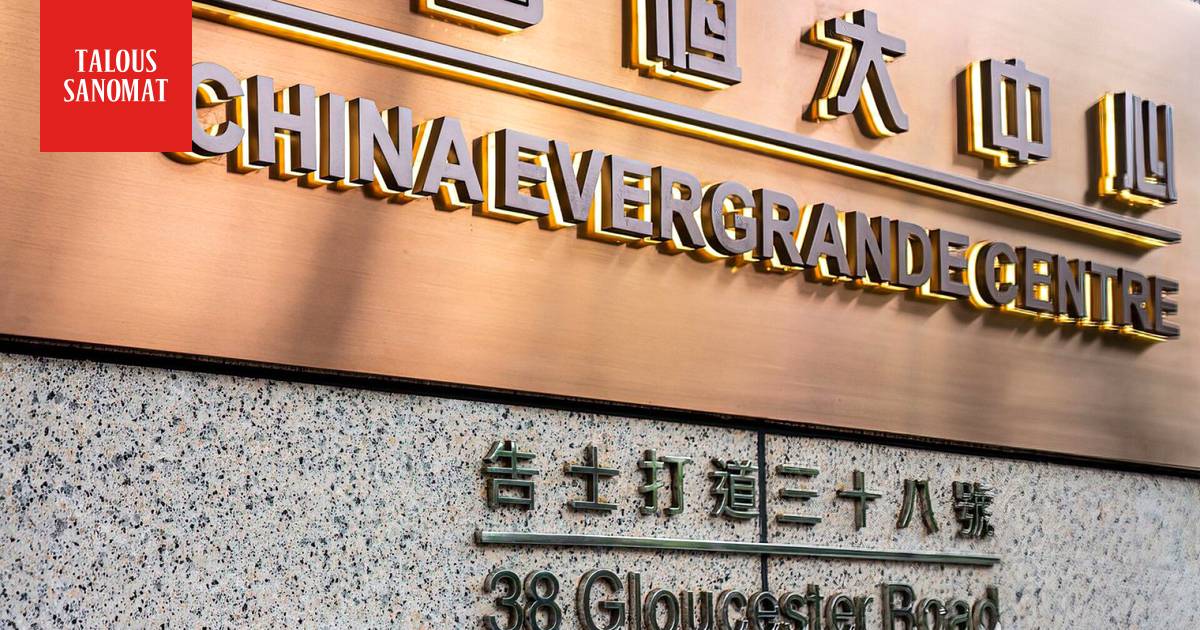 Concerns about the financial condition of Chinese giant Evergrande have caused stock prices to plummet around the world this week.

Monday was the weakest day for the American S&P 500 index since last spring.

There was also a large fall in exchange rates in Europe yesterday and it has continued today in Asia.

Evergrande’s stock continued to fall in Hong Kong on Tuesday.

Founded in 1986, Evergrande has been called the most indebted real estate company in the world.

The next due date is the day after tomorrow, Thursday.

Evergrande bonds have been invested in by several major international investors.

Major investor George Soros, for example, warned a few weeks ago about a “future collapse”.

In addition to real estate, the conglomerate also has other activities.

The company owns, among other things, the successful football team Guangzhou Evergrande, along with another Chinese business giant, Alibaba.

Evergrande also has, for example, healthcare services and the production of electric cars.

The company was founded in 1996 by Hui Ka Yan, who originally worked in a steel plant and is now one of China's billionaires.

In real estate, Evergrande has focused specifically on residential construction, which has yielded good returns in China in recent years as property prices continue to rise.

Evergrande’s difficulties began to pile up last year as the Chinese authorities set limits on the indebtedness of real estate companies.

They are determined on the basis of, among other things, the company's cash flow and capital position.

Although Evergrande is a large company, the impact of its possible collapse on the global financial system is believed to remain limited.

That is why it cannot be compared to the American bank Lehman Brothers just over ten years ago.

This is the opinion of Riikka Nuutilainen, a senior researcher at Bofit, the Bank of Finland's Research Institute for Economies in Transition.

- Lehman Brothers may not be a sensible benchmark, although Evergrande has lowered some bonds to foreign investors, says Nuutilainen.

- The Chinese financial market is so closed that there are not nearly as many foreign connections as in the US open market for Lehman.

There are still no indications that the crisis is spreading beyond China and has not shaken other major Chinese listed companies.

However, nervousness has been reflected in market quotes for Chinese real estate bonds.

- Within China, Evergrande is well linked.

It is difficult to form an overall picture of these connections, ie who everyone owes Evergrande and what kind of investment instruments it has, because some of these are off the company's balance sheet, Nuutilainen says.

This, he said, also makes it difficult to monitor the entire Chinese financial system.

Cross-ownership of companies is common and connections are complex.

- Evergrande is an extreme example, but there are many similar highly indebted companies in China, especially in the real estate sector.

At the moment, it seems that the Chinese state would not be willing to embark directly on the indebted Evergrande rescue operation, but the situation could change if the company destabilizes the entire real estate sector and thus the financial sector.

- In that case, the state may be ready to intervene in the game in order to limit the effects on the real economy, Nuutilainen says.