Those seriously injured in the massacre were flown to Moscow for treatment on Tuesday. A state badge of honor has already been proposed for the hero police. 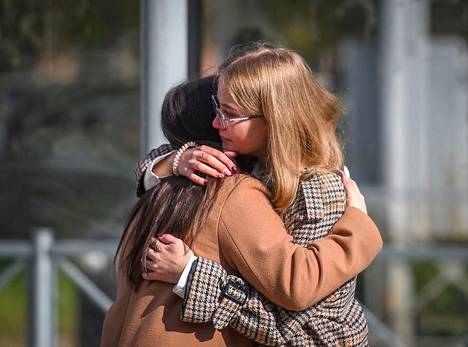 The hero of the massacre at Perm State University on Monday has become the traffic police, who happened to be the first to come to the scene with their patrols.

A junior lieutenant in traffic police, Konstantin Kalin, went inside the university building and encountered an 18-year-old shooter who was dressed in black throughout.

The attacker wore a mask on his face, a helmet on his head, and a vest wearing ammunition.

The university was already familiar to the shooter, as he is a university student from the Faculty of Law, Kommersant says.

Kalinin said he had ordered the man to drop his gun, but this had shot at him.

He turned his gun towards me and fired, Kalinin says in an interview video published by the Russian media.

It has not been told to the public whether Kalin got hit, but in any case, he immediately responded to the shooting with his own service weapon.

The shooter's weapon fell and Kalinin was then able to wound this further.

He then says he set out to give the shooter first aid.

Kalinin’s actions were also recorded on the university’s surveillance camera.

(The video below features an interview with Kalinin in Russian.)

Kalinin's scout comrade Vladimir Makarov, for his part, was left to secure the students and help them evacuate the university premises.

- Kalinin and Makarov act decisively and orthodoxly in extreme conditions.

When faced with the threat of death, police maintained their composure and stopped the assailant from advancing.

Kalinin and Makarov have been offered a state medal for their bravery.

The proposal has already been submitted to President Vladimir Putin.

The students comforted each other at the University of Perm.

The situation at the university was chaotic for a long time, so initial data on fatalities and injuries varied.

Authorities say the final information at the moment is that six people were killed and 28 injured in the massacre.

24 of the injured need hospital treatment for their injuries.

Five of them were injured while jumping from university windows to the ground and the remaining 19 people have varying degrees of gunshot wounds.

Five students between the ages of 18 and 26 were killed in the shooting.

In addition, a 66-year-old locally known doctor who happened to be at a university just getting to know his grandson’s apprenticeship died, says the Lenta website.

On Tuesday morning, seven of the most severely wounded were flown from Perm on a plane of the Russian Ministry of Emergency Situations to Moscow, TVC.ru reports.

13 are still in hospital in Perm.

People bring flowers in front of the university in Perm.

The shooter himself was also seriously wounded when Kalinin stopped his progress.

The shooter has been identified and his name is said to be Timur Bekmansurov.

He has been operated on in a hospital and is known to no longer be in danger of death.

According to the news agency Tassi, the shooter will be surveyed in the near future.

Bekmansurov's motives for his actions are still unclear.

It turns out that he had carefully prepared for his act, saved money on a gun, attended firearms training, and passed the tests required for a gun license.

He had not obtained a gun permit through the quickest possible procedure, after which he had trained himself to answer correctly in psychological tests.

In the text he submitted, he says that he had found instructions on the internet that advised how to answer the questions.

Bekmansurov was a university student himself.

He says he met a few classmates during his studies that he had decided to leave alive in advance if he happened to meet them, says Argumenty i Fakty.

Oleg Syromyatnikov, a teacher of history and literature, who continued to give a lecture to students in the middle of a shooting drama, has also become a topic of discussion in Perm.

Others thought Syromyatnikov did the right thing by not allowing panic to spread.

Others thought his actions were irresponsible.

According to the report, the teacher did not even give the students permission to go under the chairs and tables in the lecture hall for shelter, even though they were constantly receiving messages on their smartphones about a shooter still moving around the university.

Syromyatnikov himself has justified his actions by calling the dean in the middle of the shooting incident and instructing him to continue the lecture.

- The dean told me to continue the lesson.

After all, the information was still unofficial at the time.

I kept calm and continued the lecture, the teacher explained, according to News.ru.

Syromyatnikov emphasizes that he closed the metallic door of the auditorium and locked it.

According to him, the door is such that it is not possible to shoot through it.

However, according to some reports, the mother of one student soon entered the auditorium after closing the door and urged the students to close the shelter.

Syromyatnikov, for his part, is said to have instructed his mother to leave the auditorium at this point, after which he had continued his own lecture without interruption.

The University of Perm has, at least so far, issued statements in support of the teacher.

“Both the students and the teachers had a stressful situation, of course, but the most important thing is that he locked the door,” the university’s press department said, according to the RBK news site.