Now eyewitnesses say: The mystery bang rumbled right on the edge of the motorcycle club - “I was next to it”

The party organizer says he knows nothing about the origin of the bang. The “wicked bang” heard in Helsinki on the night between Saturday and Sunday has been astonishing for days of the week. The source of the bang is still a mystery. Ilta-Sanomat has received a lot of contacts on the subject, and several people have claimed that the bang came from or near the party of the motorcycle club that houses its hut in Metsälä. The motorcycle club had hosted a party on Satu 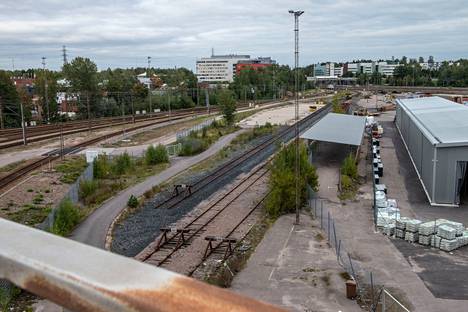 The “wicked bang” heard in Helsinki on the night between Saturday and Sunday has been astonishing for days of the week.

The source of the bang is still a mystery.

Ilta-Sanomat has received a lot of contacts on the subject, and several people have claimed that the bang came from or near the party of the motorcycle club that houses its hut in Metsälä.

The motorcycle club had hosted a party on Saturday with several live performers.

The mystery of Helsinki has been located in the northern part of the Pasila railway yard.

The person who took part in the party tells Ilta-Sanomat that fireworks were fired at the party on Saturday just before midnight.

Fireworks were fired, he said, from outside the party area, behind the stage.

However, not in the immediate vicinity of the area, he clarifies.

I don’t know who shot it, he says.

- I was next to it and the bang was pretty hard.

For I know that was the bang we are talking about.

I didn’t even know the rocket could crash so hard.

I don’t know if it somehow exploded at an exceptionally low level or what happened in it.

But it was a fireworks rocket.

The person himself was not involved in firing the rocket.

He describes that the rocket did not hear a “squeak of normal fireworks,” but only a squeal and a loud bang.

- I would not have recognized it as a firework rocket myself if I had not seen that a rocket came out of it.

The attendee at the party did not have time to see what the fireworks in the sky looked like, as he was standing under a canopy that obscured the view.

Ilta-Sanomat was also contacted by another person who was not involved in the motorcycle club party but in other parties right next door.

However, he is convinced that the bang would have come from adjacent bumps.

- There were a lot of people, and suddenly there was a completely wicked bang.

It was seen as the rocket went up and it would illuminate the sky for a moment, but the fog was so awful that the light was not visible except at that close range, the reader says.

- It was an ungodly big firework rocket.

That red hile spread really wide, but I don’t think it was visible other than to those just below because the fog was so hard.

I didn't even mean to see it across the street.

- Time and location match, so I think the bang was from that rocket.

The person himself says that he was on tobacco and startled by the sound.

The ears were to go with a lock of voice.

- Only that one rocket was fired from there.

Yes, it was clearly something professional.

Jaakko Visuri, a member of Ursa's fireball working group, has also investigated the origin of the bang.

Based on the measurement results he received from the Institute of Seismology of the University of Helsinki, he had calculated the location of the air explosion that caused the bang.

With the help of modeling, the northern part of the Pasila railway yard turned out to be the location.

The bang took place at an altitude of about 300 meters, says Ursa's Space and Stars magazine.

The place is right on the border of Pasila and Metsälä, in the same area that eyewitnesses report.

In Space and Stars, Visuri estimates that the bang is man-made.

- The area is near the Pasila railway yard.

It would fit well with the image of an urban rocket fighter with a 300-meter-high tuned rocket, Visuri tells the magazine.

- Not surprisingly, no one has signed up.

MTV says several used, long matches have been found on the rock on the spot.

The video filmed by MTV shows that the probable shooting site is a bushy and sheltered rock near the track.

There is a fence next to the area.

Read more: The mystery of Helsinki was located here, it was probably man-made - “It would fit well with the image of an urban rocket fighter”

Reached by Ilta-Sanomat, the president of the motorcycle club that organized the party says he has no information about the origin of the crash.

- We have no information about that.

At least it’s not from us, he says.

- We had a party in it and there was a permitted pyrotechnics, and at least no bigger bang has been heard from it.

The music was reasonably loud.

He says there was a thud on the surface of the middle of the night, which, however, was not particularly loud in the tent amidst the music.

- It was hardly quoted by any of the guests.

No more attention was paid to it.

- Someone in it asked in passing if we had a fireworks display, but it wasn't when no permits were obtained. Then we started to wonder when it started to have all sorts of newspaper articles about where it must have left. We had the whole area fenced, so there was no access to it anywhere, and we wouldn’t have seen it if someone had been spinning on the track.