Editorial: Third vaccination for at-risk groups as soon as possible - basic health is the time to start living

If you have received two coronary vaccines and are completely healthy, now is the time to start living. 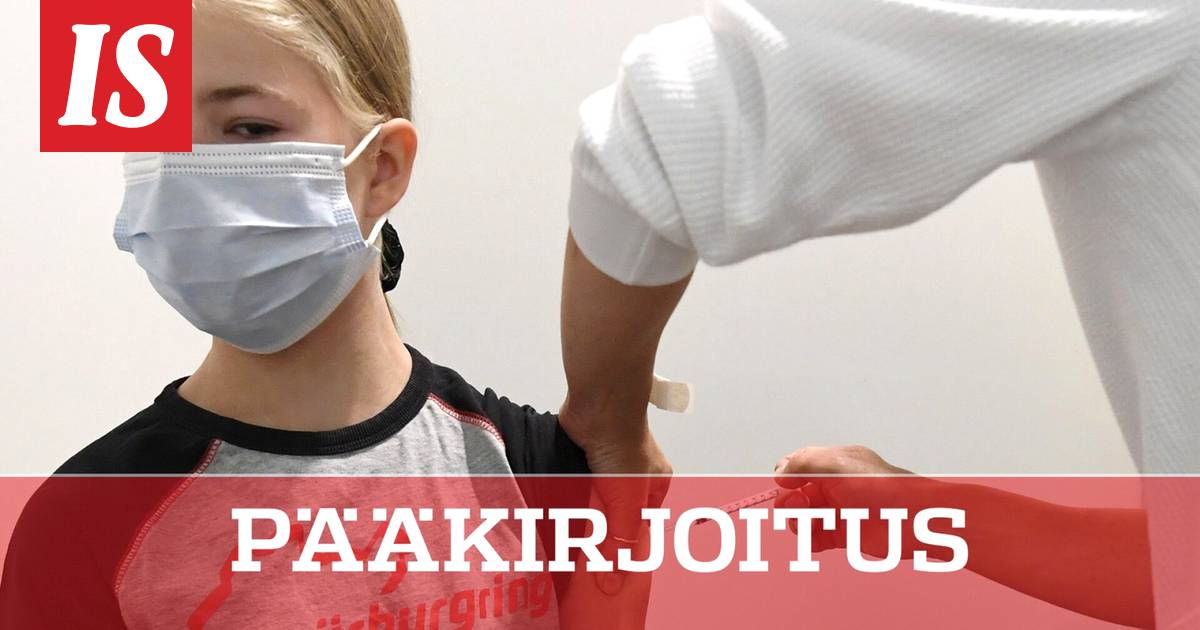 The National Institute for Health and Welfare (THL) proposes to start distributing third coroner vaccinations as soon as possible (IS 15.9.).

The matter is being considered by the Ministry of Social Affairs and Health, from which it will proceed for the Government to decide.

THL's chief physician Hanna Nohynek hopes that people with severe immunodeficiency will be vaccinated as early as October.

There are enough vaccines, he says, and it doesn't stick to that.

There may be problems with the legal issues and they may require changes to the regulations.

The point is that Finland has a defined vaccination order, from which THL's proposal now differs.

In addition, the European Medicines Agency has not granted a marketing authorization for the use of the third dose, but Member States can make independent decisions.

Read also: The third round of vaccination will start in these groups as early as October?

STM is preparing the matter “on a fast schedule”

Also read: How does the mask recommendation work?

We have enough experience of how things get left in the wheel of bureaucracy.

From these experiences, it is important to learn and start vaccinating people with severe immunodeficiency as soon as possible.

People who are basically healthy and who have received two doses of the vaccine, in turn, should start living to the fullest.

Now is the best time to do that.

“If there has been a second spike in the near future, I would say almost to the point that it is worth exploring the protection now,” Lehtonen said.

He also thinks it is safe to travel, at least in Europe, if a person is healthy and has a corona passport.

Read also: Why are Finns still afraid to travel?

According to the director of Hus, now is a good time to leave - “It is worth taking advantage of protection”

Of course, everyone thinks for themselves at what level they dare or do not dare.

Our ability to tolerate feelings of insecurity is very individual.

But the pertinent question is that if now do not dare to live, at what point to dare.

Are we still going to stay home and avoid meeting others?

Are we going to voluntarily narrow our lives?

How many doctors or authorities need to tell you that it is safe now before we believe it?

If you do not dare to live now, at what point do you dare?

Korona has come to stay.

There will be no situation where the number of diseases drops to zero.

You have to learn to live with the virus.

The intention is not to downplay anyone’s fears, nor to imagine that the corona situation could not worsen again.

Still, it’s worth believing when doctors say that now, after two vaccines, the protection is very good.

The corona is now circulating, especially among the unvaccinated, so it would finally be time for them to go vaccination.

Many vaccinated people fear in vain, and the unvaccinated, in turn, risk not only themselves but also those who would need high herd protection.