The broker made a horrible mocha on the screen - the cost of four days of destruction was almost 170,000 euros

The broker who introduced the business apartment had inadvertently left the water tap open. Water flowed from the toilet faucet for four days. The basement also got wet. 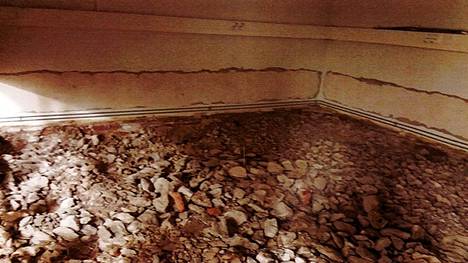 The coincidences and the broker's forgetfulness led to serious water damage in a commercial apartment in Lahti.

The damage was caused by the broker who introduced the retail space to the new tenant.

There was a water outage in the apartment during the presentation and the broker forgot to open the tap.

For four days, water flowed from the faucet, which also watered the basement of the Retail Premises.

The thickness of the water mattress in the basement was 20-30 cents.

The total cost of the claim, including legal costs, increased to approximately EUR 170,000.

The Päijät-Häme District Court sentenced the company that handled the lease one and a half years ago to pay the company that owns the Business Premises about 55,000 euros for the renovation costs, loss of rents and legal costs of the dispute.

The mediator's own legal costs were approximately EUR 21,000, so the district court received an invoice for the mediator of almost EUR 80,000.

The mediator took the dispute to the Court of Appeal of Eastern Finland and demanded that the apartment owner's claim be dismissed.

The Court of Appeal did not change the district court's decision.

A dark stripe on the wall indicates the height of the water that has spilled on the floor.

The water flowed into the space for four days and was about 20 to 30 cents.

The retail space in the center of Lahti was presented to a new tenant in the autumn of 2017. The apartment had only been renovated the previous year.

The previous tenant had terminated the electricity contract.

There was a water outage at the time of the presentation of the farm.

The apartment has its own water barrier, but it was not closed.

The rapporteur recycled the new tenant on the premises and also introduced the street-level toilet, which he inadvertently left open the sink faucet.

When the electricity was cut off, the system’s automatic pumping station did not pump out water and within four days the Business Premises became thoroughly wet.

The electronic locking system for the business doors stored the information and the key information was used to find out who had last departed from the apartment.

Those who presented the rental space found the log data unreliable and also criticized the pumping station.

The experts of the locking system emphasized its reliability.

In its decision, the District Court states that leaving the faucet open was a precondition for water damage, although the extent of the damage was affected by an exceptional drainage solution.

The District Court also poured responsibility on the company that owns the Business Premises.

The company could have prevented the damage by cutting off the water supply and keeping the electricity in place.

The owner contributed substantially to the damage and the district court took it into account in the amount of damages as the court cut about half of the damages claimed by the owner.

The Court of Appeal held a main hearing in August.

It states in its decision that on the basis of the explanation received in the Court of Appeal there is no reason to change the judgment of the district court.

It is possible to appeal the decision to the Supreme Court if it grants leave to appeal.

The basement of the commercial apartment was thoroughly demolished and renovated because the structures were badly wet.

Read more: The broker who introduced the commercial to a new tenant forgot something important - as a result of 120,000 euros