The medal was a dream come true for Lizzie Armanto in Tokyo. He enjoyed the Olympics, but wondered one thing. 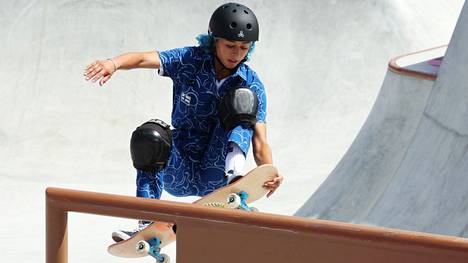 Skateboarding is one of the novelty sports of the Tokyo Olympics.

Finland had one representative in the sport in Tokyo.

American-Finnish Lizzie Armanto, who took part in the women's park competition, said that she enjoyed the competition, even though she did not open a place in the final competition.

- As a young man, I hardly watched the Olympics.

I’m proud to have experienced this and especially here in Japan, 28-year-old Armanto said.

Armanto, who has Finnish roots on his father's side, is happy that skateboarding took part in the Olympics.

- The fact that skateboarding became an Olympic sport has improved many things in women's skating.

As a result, many of the female athletes here have received grants that they would not otherwise have been able to receive.

And it has also changed the level of the sport, as seen today, Armanto said after the race at Ariaki Sports Park in Tokyo.

Read more: Lizzie Armanto is the only woman who has succeeded in a completely endless loop trick - this is how she became Finland's great Olympic hope

The Olympic skateboarding program has the same games in the women’s and men’s series.

Both medals are distributed in street and park races.

- Progress has been made on equality, but there is still room for improvement.

For example, we had one less training session here than men.

But in the pursuit of equality, a solution has also been made to the Olympic program that made Armanto spin its head.

- I think this is a funny thing.

So after our race today, the men have a practice shift.

And to make equality a reality, we women have one training session after the men’s race tomorrow.

So when our race is over, Armanto was amazed.

Lizzie Armanto did not advance from the Olympic qualifiers to the final.