Ex-hockey player Toni Saarinen, 44, has died in a car accident

The Austrian club EHC Lustenau, where Saarinen played for 11 years before ending his career, informs about this. The club has announced that it will freeze Saarinen's game number 40. 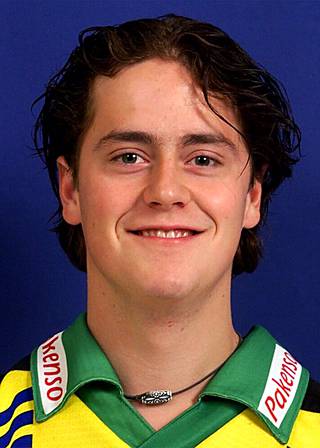 Hockey player Toni Saarinen, 44, has died in a car accident.

The Austrian club EHC Lustenau, where Saarinen played in 2005–2016, informs about this.

The club describes the Islands as one of the team’s most popular players.

- Our thoughts are with his family during this difficult time.

We wish you much strength and hope, the press release writes.

Saarinen played in Lustenau for 11 seasons, during which he scored a whopping 204 goals in 369 matches and scored 509 assists.

For the last four seasons, Saarinen served as the team captain.

According to the club, in addition to her successful career, Saarinen did a lot of work for the club's Juniors.

- If you asked our young players about their role model, Dar Toni would be their answer.

Saarinen, who played for the left winger, ended his career in 2016. According to EHC Lustenau, Saarinen remained in close contact with the club even after his career.

The club says it will freeze Saarinen's game number 40.

Before Lustenaut, he played in Finland at Pelicans in 1998–2005 and before that in his breeders' association at HPK.