Elias Kuosmanen, 25, got into a barren mangle - immediately presses into the weight room: “I was just a flower stick”

Kuosmanen, who has received two fierce lessons, will take a break from the competition and gain more mass for his new series. 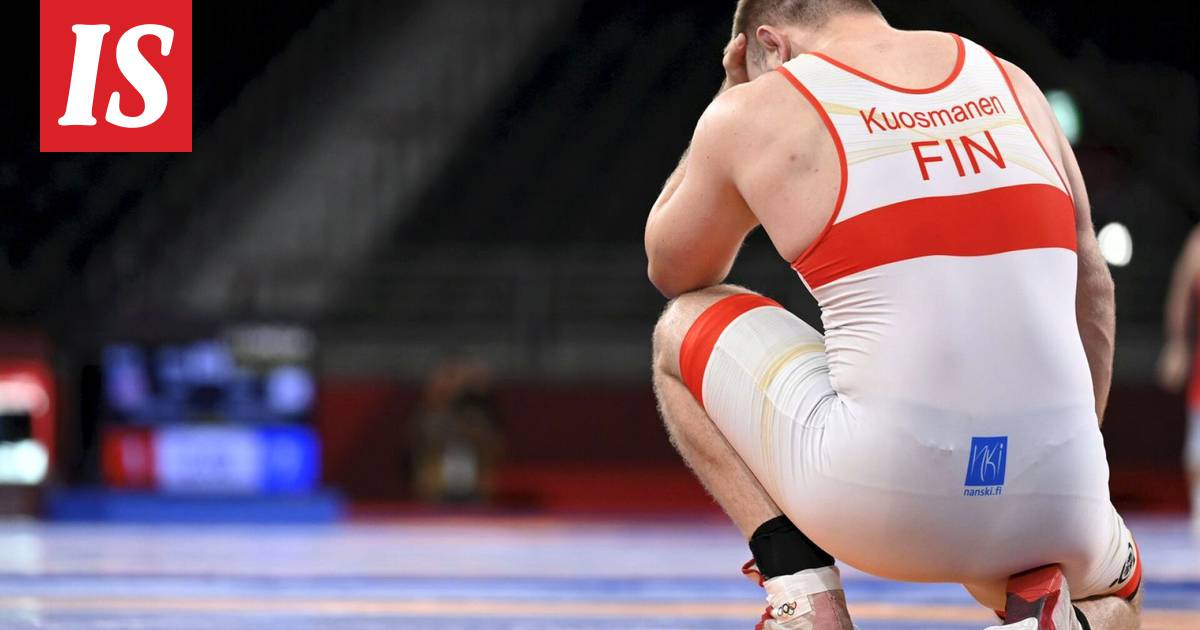 Wrestler Elias Kuosmanen, 25, already knew before the trip to Tokyo that the ride in the new weight class can be tough on the Olympic mole.

It was even tougher than the Vantaa resident had even imagined.

The 0–9 opening loss against Georgia's Iakobi Kajaia was followed on Monday night by Finland in a collection against Russia's world champion Sergei Semenov.

From the heaviest weight class of Greco-Roman wrestlers in the Rio Olympics, Kuosmasen baked an overwhelming points victory in 11–0 in 3.17.

- He's not doing anything here just this size.

I was quite a flower stick in this series, Kuosmanen, who weighed about 113 kg in the 130 kg weight class, admitted.

This is the situation because Arvi Savolainen took a place in Kuosmanen's previous weight class, ie 97 kg.

Kuosmanen’s success in winning the Olympic place after a quick series change was a sensation, but the truth walked rudely against Tokyo wearing Georgian and Russian wrestling jerseys.

The level was quite different from the spring Olympic qualifier.

Kuosmanen stated that he had received rude lessons in Tokyo.

- I have to be in the dimensions of this series when I return to wrestling, said the wrestler who will make the next big investment in next spring's European Championships.

Kuosmanen injured his elbow against Kajaia and wrestled with the power of hard painkillers.

No taping to the injury site had been done.

- At home, the first thing to find out is what might need to be fixed from there.

- I'm going to the gym in the race village to do squats.

Although the Olympic Games have been Kuosmanen's dream since he was a boy, a trip like this did not satisfy the man.

- It doesn't tell future generations that he got to the race and was flying on the mat for a few minutes.