Tuula Tenkanen's coach, who fought for the medal, talks about his huge risk-taking in China - "If we had been caught"

As a Chinese national team coach, Jon Emmett faced forced drinking of alcohol, mental and physical violence, and abuse of athletes. And became the wife of a star sailor. 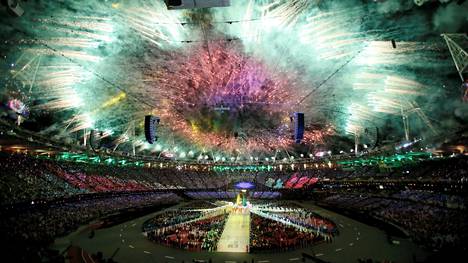 Jon Emmett, 44, the British coach of Tuula Tenkanen, who struggled for the Olympic radial Olympic medal until the end of his career, is a man who has seen a lot.

However, as a Chinese national team coach in the late 2000s and well into the 2010s, he faced things he would not have thought he would see in sports even in his tormented China.

Emmett, who is constantly on the move as a professional coach, lives in the scenery of the 2012 Olympic Regatta in Weymouth, southern England, with his wife Xu Lijia.

At the closing ceremony of the London Olympics, Xu carried the Chinese flag, which is a huge tribute.

Xu Lijia was honored to carry the Chinese flag at the closing ceremony of the London Olympics in 2012. Photo: Antti Hämäläinen

In 2016, Xu “Lily” Lija published a biography of Golden Lily, in which she told about the dark side of China’s top sports machinery: mental and physical violence, including to Emmet, disconnection of athletes from the outside world, indifference to other sports and serious sports.

In China, athletes are like pieces of coal that are put under terrible pressure and are expected to become diamonds.

They are mere commodities to the system.

Emmett also initially realized in his washer that in China, subordinates must drink liquor if the leaders do so.

- In China, athletes are like pieces of coal that are put under terrible pressure and are expected to become diamonds.

They are mere commodities to the system.

In Finland, for example, athletes would never be treated in that way.

Emmett believes that if his wife had continued his career for as long as the sports directors wanted, he would now be in a wheelchair.

When Xu Lijia sailed into Chinese sports heroism in 2012, he and Emmett carried a great secret that was by no means allowed to be revealed.

They had been dating for some time and took every precaution possible to keep the matter a secret.

The national team coach’s relationship with the team’s star athlete would have led to serious consequences for both.

- I don't even want to know what would have happened if we had been caught, Emmett says.

The Chinese sports management is otherwise reluctant to socialize with female athletes.

For example, sailors camped at the time of Xu Lijian for ten months a year.

You know what kind of material was left out of the first edition of the book.

Xu Lijia arrived in England after the 2016 Rio Olympics, where the couple immediately married in secret.

The ex-sailor has since studied for a degree in media at the University of Southampton and will work in the field at both the Enoshima Olympic Regatta and the Beijing Winter Olympics next winter.

Although the revelation book was reportedly the first in which a well-known athlete of this level talks about the behavior of sports leaders and the exploitation of athletes, the 33-year-old Olympic winner can still visit his home country without penalty.

In China, the book was silenced to death.

- You know what kind of material was left out of the first edition.

It was a very soft version of what had really happened behind the scenes.

The book is coming to the second edition in England.